I was tired of zombie games. So very tired. But that’s all in the past now, as NoClip, developers of Zombie Night Terror, seem to have found a formula that works with those washed up symbols of capitalist greed… By learning lessons from the past. With only a few quibbles so far, I am suitably impressed on both counts: Making me like zombies again, and learning from game design history. 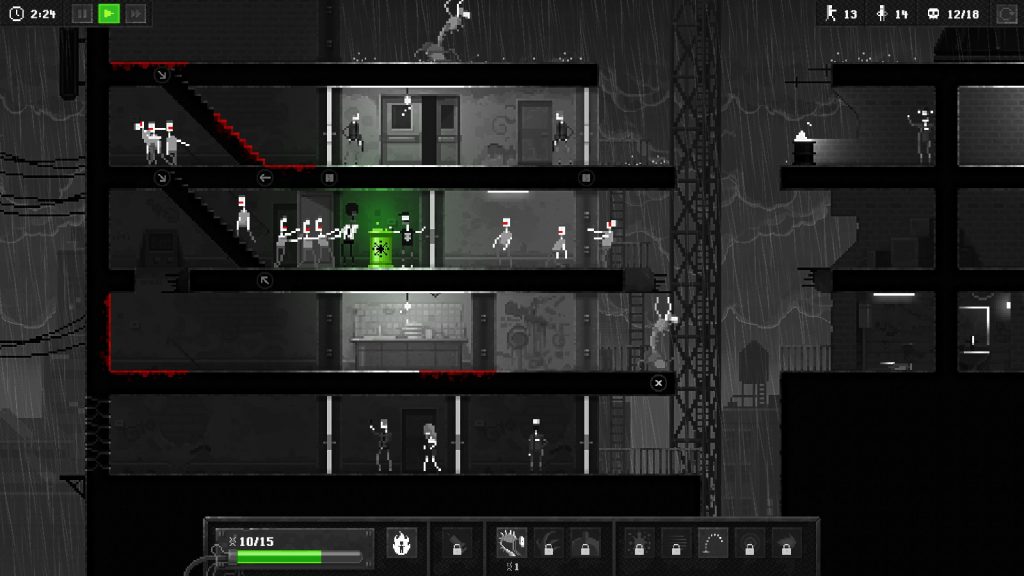 Aaaaah, look at ’em scream and run. It warms my… Okay, that’s a lie, but it *does* make me feel hungry…

Which game? Lemmings (1991, Psygnosis.) After all, Zombies are much like the lemmings of that old classic, in that they keep going, singlemindedly, and, left unguided, would probably fall off tall things, stride into the Marianas Trench with nary a care, and mindlessly wander into soldiers’ kill-zones. Which, of course, is where you come in… Zombie Overperson. Or Queen, Lord… Pick a suitably macabre title. I definitely won’t judge, as High Zombie Human Resources Overseer.

Now, what I find interesting about this game is that it tutorialises quite well, while still remaining a challenge, and having a fair difficulty curve… In the first chapter. Each time you learn a new power (Or new combination of powers), you get a short intro to them, just to show you what to expect, with unsuspecting victims. It was a little disingenuous not to allow me to break down doors on the first level (As normally, that’s what you can do), but that’s a minor quibble, and part of the challenge for the first level in any case (Make sure you infect everybody… A laudable goal for a zombie horde on any rampage.)

There’s no shame in screwing up a level, by the way, as restarts are easy, and you’re going to be learning things in any case. A good example would be the Subway of the first act, where the challenge is to kill everyone. This is pretty tough, as there are lots of fatal drops (Even for zombies), and blowing up the wrong zombie at the wrong time is going to lead to a restart (Because it’s so early, I’m going to helpfully illustrate this. 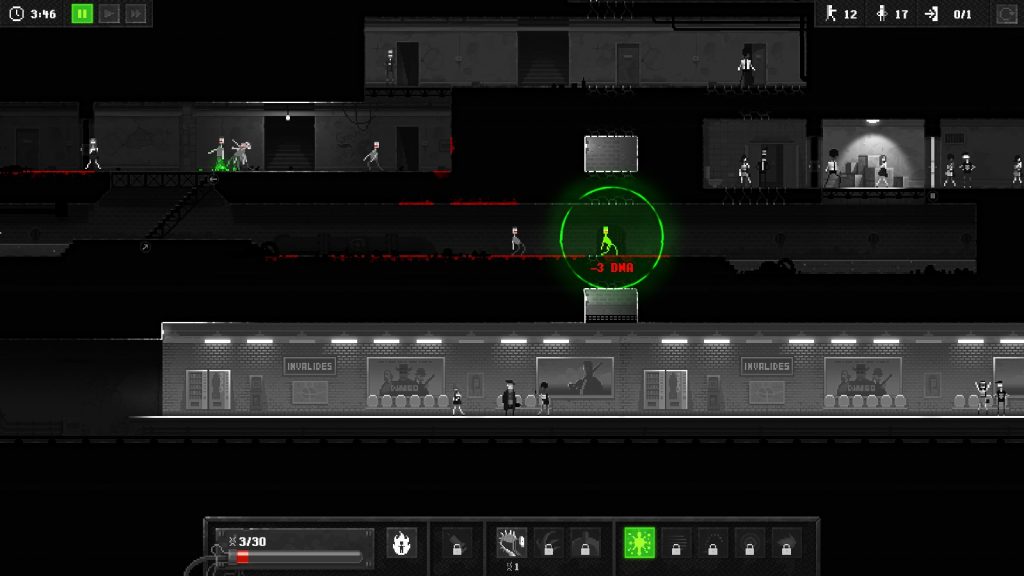 See this? This is not quite the smart move you may think it is.

It’s a challenge I haven’t beaten yet, although beating the level itself only took two tries (One where I cocked up in a similar fashion to the screenshot above, one where I got a zombie to the end, finishing the level.) Of course, from Chapter 2 onwards, the gloves are off, and the Lemmings inspiration shows itself more clearly. Along with some of its problems.

I like that the hitbox on the Overlord (Your main combo zombo) is large, because, due to the fact that selecting zombies in a horde to do things can be tricky (Just like Lemmings), getting someone facing the right direction to do the thing can be difficult. I also like that they’re highlighted, as that eases (But does not eliminate) the problem.

I don’t like that using certain abilities unpauses the game. No, folks, I do want to select several zombies as runners beforehand without unpausing, because timing is kinda important. Oh, speaking of which, timing and micromanagement become important from Chapter 2 on, and that can be a pain, especially with that unpausing. 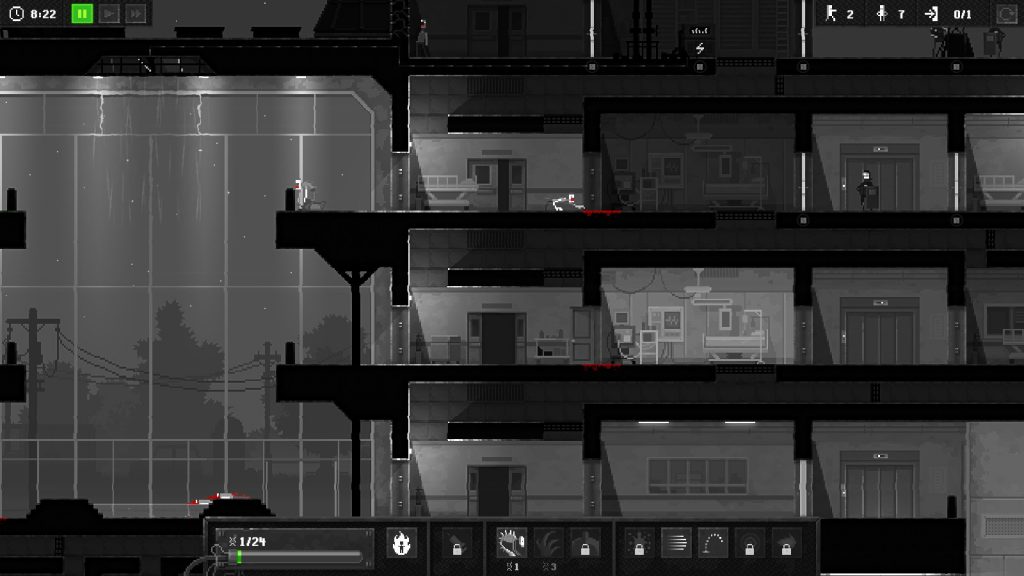 See those zombies in the lower left? I got things slightly wrong, and now they’re all dead instead of across the way. BOO.

Finally, I don’t like that the menu is unclear. Subtitles on mouse over would help me know that yes, the brain is the options, for example. It’s clever, but it needs to be a little more clear. (EDIT: It’s actually the statistics screen. See? SEE?!?)

Anyways, if you’re looking for a puzzle kick, Zombie Night Terror is a good choice. It’s got good visuals, good music, eases you in before baking your brain, and the cutscenes are blackly humorous. If you don’t like the idea of, essentially, leading brainless minions to nom on brains, this probably isn’t for you.

Braaaaaaaaaaaainsssss (Translation: The Mad Welshman endorses this game. No, not because he is a zombie now, but because he likes it. Now bend your head just a little, please!)