Source: Early Access Purchase
Price: £1.99
Where To Get It: Steam, Itch.IO (also contains the freeware demo), Official Homepage (Contains donation link if you wish to support the developer directly)

I like a developer who keeps tabs on things. I like a developer even more when they take feedback and criticism well and fix the things that are broken. Matija Kostiya (Sinister Systems) is definitely the first, and may well be the second… Time will tell. But of course, we’re here to talk about Now, and The Daily Cthonicle, a game where you are the editor of the aforementioned paper, an Occult and Paranormal Broadsheet. This may seem strange, until you realise that in the world of the Daily Cthonicle, the paranormal is very much real. It’s you, and your six journalists, against the horrors that lurk Beyond. 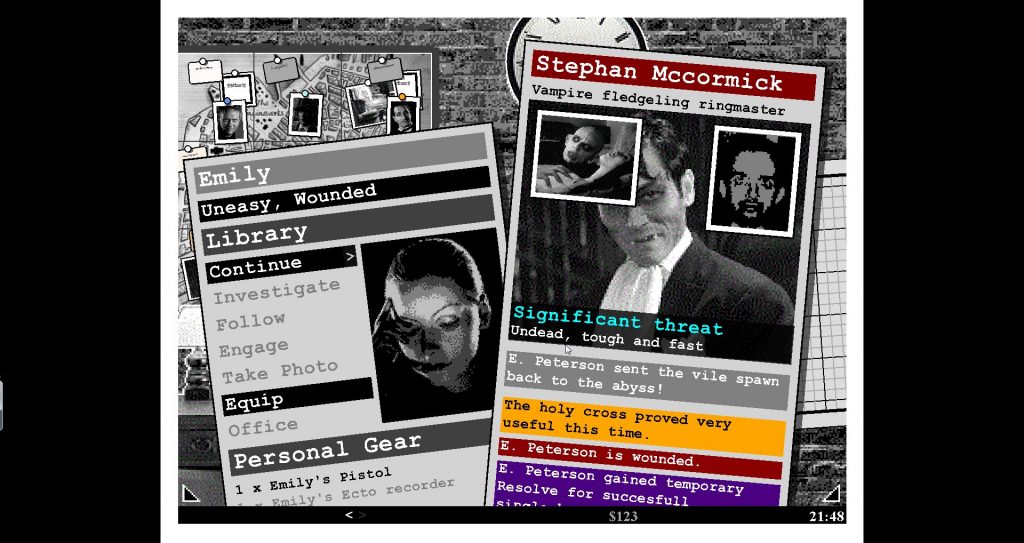 Vampires: Even Fledglings are Jerks.

And this aptly leads to one of my main criticisms of the game as it stands, and, thankfully, at least partly a goal of the Early Access: Clarity. Certain things in Daily Cthonicle are not clear, and don’t consistently work. For example, scrolling down on documents can be done with the mousewheel… But not all documents. The UI sometimes obscures things. Some combat items can be used in Investigation events (Such as the Crowbar), and it is only made clear in the manual that, if you have equipment that could be used in combat… Say, a Gatling Gun you really wanted to save for the final chapter… It will be used, and vanish from your inventory. Some of this is explained in the online manual, but more isn’t. Yes, artefacts don’t get explained… But you also don’t really get an idea of what they do even once you’ve used them. At best, “This was very helpful [in this specific encounter]” 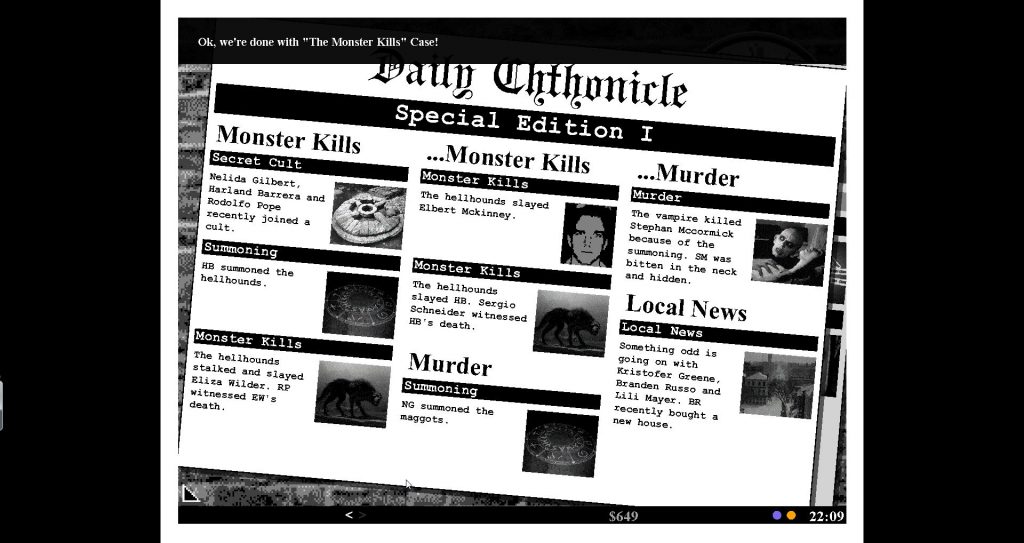 On the successful completion of a chapter, you print a Special Edition. As you can see, the text is somewhat barebones, but imagining how it all went down can be fun. 😉

Now this may give the impression, so far, that I do not like Daily Cthonicle. This is by no means true. I think the base idea, and some of the game ideas (The EVP minigame, for example) have merit. I like that more advanced features, such as laboratory work (Crafting better potions, and divining information about the things and people the samples were taken from) are not necessary in the two lower difficulties. I like that it has both a normal game mode, and a “Skirmish” mode, where you have lots of money up front, and the goal is to eliminate all threats, rather than uncover the web of mysteries. I like that the difficulty balancing appears to have been considered, and appears to be under revision based on feedback. There’s quite a few things I like.

But the game isn’t very new player friendly, it isn’t very clear at times, and while I have confidence this will change somewhat, it’s very much a case of “If you like the idea, and you want to support the developer in refining it, please do so.” at the present time. I think it has a lot of potential, but obviously, time will tell. 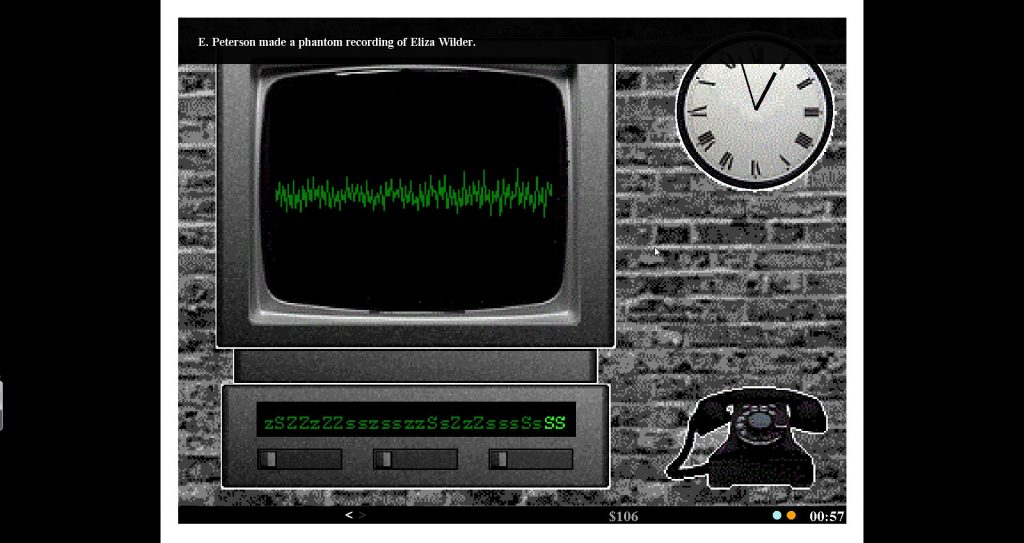 The EVP: A recent feature that’s still being refined somewhat.

The Mad Welshman gritted his teeth as he saw this month’s Sanitarium bill. Sighing, he flipped the “Last Eldritch Horror In The Work Environment” counter to 0.