Welcome to the site (Sort Of)!

Yes, The Mad Welshman is open for business! Reviews, opinions, posts about PC gaming and gaming history, hopefully interviews, and possibly my Let’s Play stuff as well (We’ll see what happens there), all can be found here!

…Or not, because… Well, look at the date, and the site. Did you seriously think I would go back into reviewing with a draft site (And this is a very rough draft, which will be updated pretty much live, design wise, and definitely logo wise) and not a single (Actual) article? (I like the better planned jokes of April Fools, but I’d rather write something clearly unbelievable in a hopefully entertaining way on that day)

No, instead, today, I’m gonna post a lil’ bit of what is going to go on the about/contact page, let you know who I am, why I think you can trust me, and what’s going to happen. 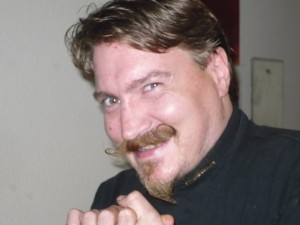 My name is Jamie Durbin, also known as JamieTheD, Jay LPs Shizzle, and The Mad Welshman. I’m a 33 year old Let’s Player (That’s talkin’ over videogames), ex barman, a film extra at least once, I like to play with my voice and sing, do digital art… and for about three years total, I was a game reviewer, first for a lil’ site called Gamerfill (Defunct), second for a canadian site called Game-Boyz. Both of those are links to old reviews, and you can find others at the same sources. Third and fourth sources would be my Let’s Play channel, and my current, somewhat sporadically written blog. All of these should hopefully demonstrate I’ve grown as a reviewer and a writer, and at least a lil’ bit as a person. My first game was Rogue, on a terminal, and my first home system was a BBC Micro. (God I feel old…) End of establishing this whole “cred” thing.

Problem is, like many folks who got their start in Games Journalism on the hobby end of things, I didn’t make much out of it, and you can help me change that. Provided, of course, you like my work. No, don’t worry about looking for a Patreon, that won’t be up until the site is good and ready. But it will be up, and if you like my work, I’d love it if you helped me make this a full time job.

EDIT: themadPEMBSman@gmail.com (Man, what a great start we’re off to! :V ) 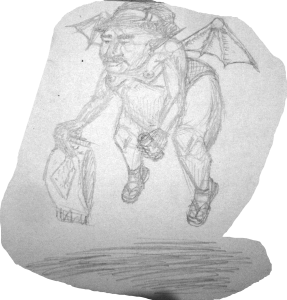 Crusader Kings 2 Moving to “Free To Play” Model in June

Everybody who’s anybody in the strategy gaming world knows Crusader Kings 2. Like any good strategy game, it’s spawned narrative Let’s Plays (Including one which featured a Rap Battle, Flamboyant Schemers), stories of gambits succeeded and lost, and even moments where the game’s logic is a little strict or loose have spawned their own fantastic tales, such as vassals who conquered the rest of the world while their liege did… Well, nothing.

But the gaming world was shocked at the announcement that the game, already rich with DLC, was going “Free to Play”. In a way, it was almost a betrayal. But, our source at Paradox states, an inevitable one.

“Even though our downloadable content has often been rich in additions, and we have a reputation for listening to our players… They still weren’t satisfied. We thought about donating to Tarn Adams, maybe employ him to create an all encompassing DLC for Crusader Kings 2, but that was a dead end. [laugh] Dwarf Fortress really is his life project, so he politely declined, and, as developers who love games, we respect that.”

“So, in the end, we decided to take our modular design philosophy with Crusader Kings 2 to its logical progression.”

At this point in the presentation, all seemed sensible. All was right with the world. But it was not to last.

“The core of the game, as we see it, is the conquest and the economics, centred on South Africa, so this will be the free to play content, with micropayments unlocking a variety of features: Europe, marriage, colonisation (New World is included, don’t worry about that!), with the higher level strategic content (Religion, plots, european and muslim technology, and breeding) obviously costing a little more. It’s a fairly complex game, but it can be broken down into simple elements, and, beyond the conquest… Not a lot of those elements are really necessary, at least as far as the larger demographic shows. Everybody wants to rule the world. Not so many people are fond of the… responsibilities of rulership. So they can now have all of the fun, but very little of the responsibility.”

Crusader Kings 2: Online will be released in June 2015. The UI will largely remain unchanged.