Pinballtroidvania. That’s a word I never thought I’d use… And yet, here we are, with Yoku’s Island Express, which, in essence, is just that: Pinball, mixed with the design ideas behind the “Metroidvania” genre.

It’s cute, it’s fun, and, oh boy, is the post-game a slog. So, the more things change, the more they stay the same. Let’s talk about the main game instead for a bit. 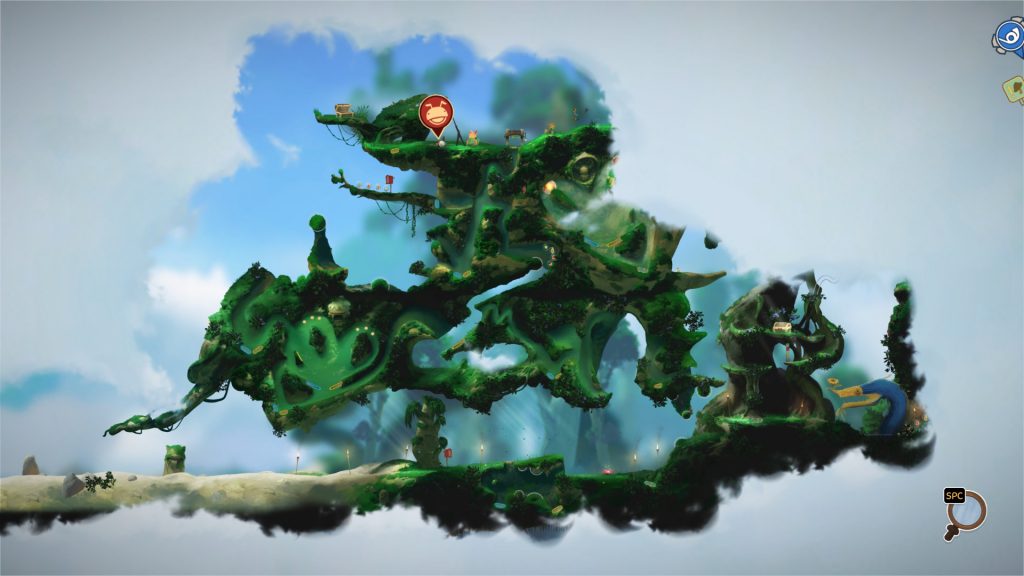 Just a small, early sample of the map in Yoku’s Island Express. It’s quite nice, really.

Yoku’s Island Express is the story of a beetle, tied to a ball, working as a postmaster in a world of skullmonkeys, bearngineers, space monks, and great guardians being harmed by an ancient and terrible evil. And how does this tiny creature, held down as they are by a great weight, get around? Well, convenient pinball paddles, bumpers, and kickers. Makes perfect sense.

Needless to say, the world is not a serious one. You’re not going to find deep philosophical questions, and the narrative is very firmly subservient to justifying various elements of its world (such as the Dive Fish powerup, which involves… Wearing a fish friend as leggings) , but, props to the developers, it is internally consistent. Not much of it may be very deep, but it’s clearly considered, well sketched out, and, as odd as the world of Yoku’s Island Express is, it didn’t feel unnatural, and that, in and of itself, is something to praise. So… How does it look, how does it play, how does it feel?

Pleasant, overall. The aesthetic is good, with fitting, often heartwarming and cool music, the difficulty curve during the main story is smooth, and no individual “table” in this world is particularly bad or frustrating. Heck, some of them, especially the bosses and climactic moment tables (such as blocking hot-spring vents to help save the Skullmonkey tribe) are quite interesting, as multiball, in the context of this game, is always assistance from a group against some sort of threat. A sort of “Power of Friendship” thing, if you will. The world fits together well, and some of its secrets and powers (such as the Sootling Hookshot) are cool and interesting. The main game, it must be said, is enjoyable, if somewhat short, with a large world to explore, some funny dialogue, and a surreal world that can nonetheless be taken at face value, explored with that voice that says “This is silly” being relatively quiet throughout. 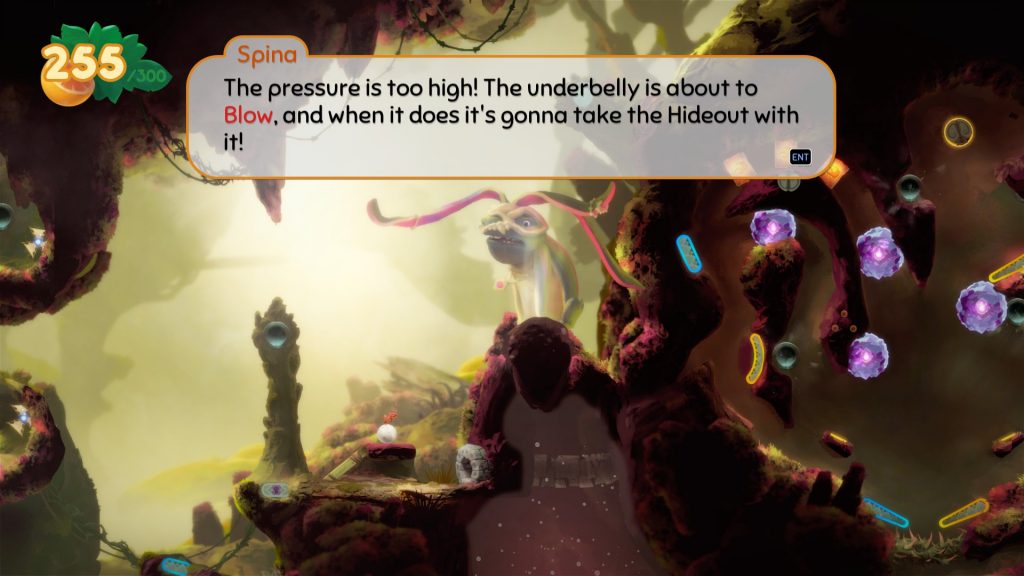 Oooh, buddy… Heroic or no, blocking a volcanically hot hot-spring like that, you’re gonna need some lotion…

It’s when the story is over, though, and there are still things left to do, that the game falls somewhat flat. Thing is, this has been a problem with troidvanias of all sorts in the past as well, and I’ve never really seen a good solution to finding post-game collectathons involving collecting 100 of a thing, or triggering all of the things… Both of which are examples of the post-game, 100% completion “fun.” Does it have a better, true ending at the end of doing all the scarab marked paddles and shots and ramps, and collecting all the wickerlings, working out how to deliver parcels, and whatever the heck that space-monk thing was? Don’t know, don’t particularly enjoy finding out, never have.

Annoyance with collectathon postgames aside, as noted, the aesthetic is cool, it’s a nice world, and it was fun and interesting enough that I’d recommend it as an interesting variation on an established formula that mostly works… My favourite kind of recommendation. 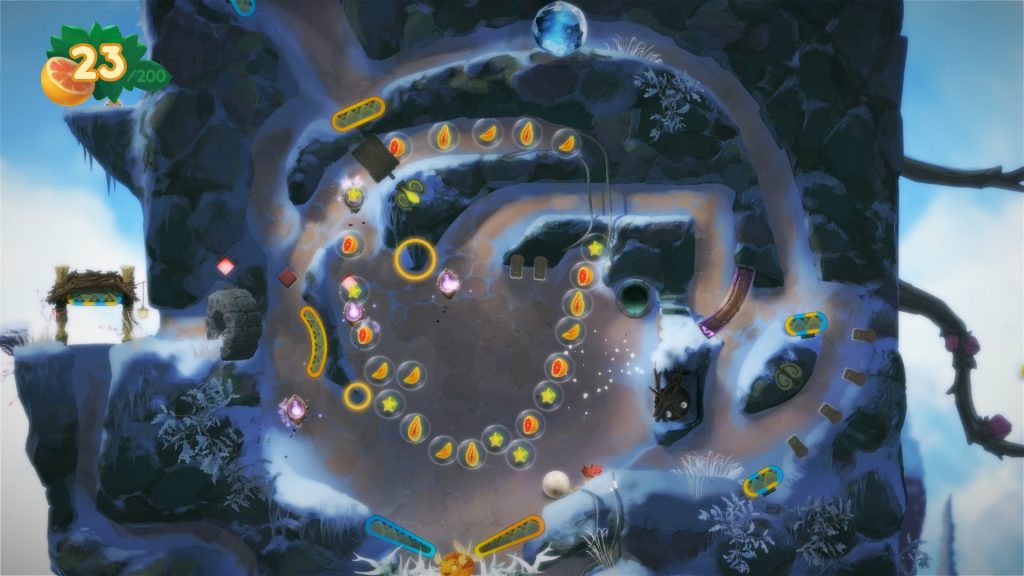 The currency of Yoku’s world is fruit, a currency I can get behind… Although one has to wonder what the exchange rates are…

The Mad Welshman loves that ancient sport, Pinne of ye Balle, experimentation with genre, and insectoids. He is a marketing anomaly.