Wizard of Legend is a tough game to write about. Not just because its gameplay is fairly simple, but also because, once you dig deeper… You hit bedrock fairly quickly. But it is a game which knows what it wants, and what it wants is many different visuals for the task of beating up fantasy wizards.

It definitely does this. 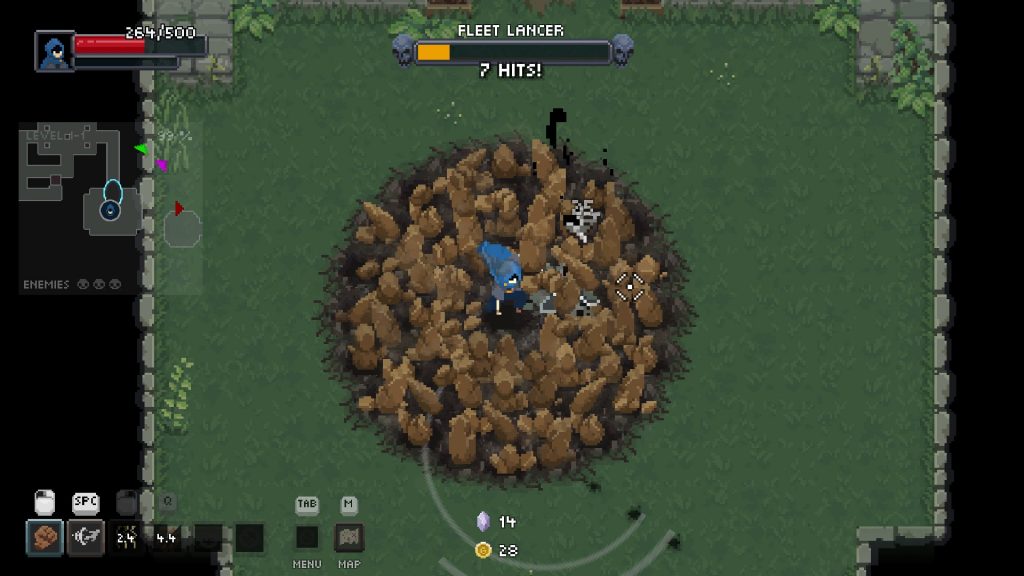 If a spell looks this impressive, you can guarantee you have to stand still to use it. Be cautious.

To give a brief summation, Wizard of Legend is a twitchy twin-stick shooter where a young person, on a trip to the museum of wizardry, gets sucked into the past, for the Wizard of Legend tournament, in which they fight through four grand masters (with, apparently, more on the way as DLC at some point), six roughly element themed levels (2 before each of the first three masters) , in order to both win the grand prize, and to get back home. Pretty normal stuff, as wizarding stories go. And this… This is kind of the thing…

Nearly all the ingredients are here: Elemental themes. A fair few enemies, some of whom are elemental themed. A whole boatload of spells (of which you start with four, can pick four of whichever ones you buy to start with, use up to six, and hold seven.) Improving yourself through play, by earning crystals in runs to buy new spells, relics, and costumes. Good music.

But it feels lacking, and I’d have to agree with my peers that the theming, while distinct, still keeps the rooms of the game looking quite samey. Oh, occasionally you’ll run into something definitely themed, such as elemental enemies and traps, but while the former add interest, the latter, like all trap/challenge rooms, are… Well, trap/challenge rooms. Here’s the environmental thing to dodge while getting the chest. Here’s the environmental thing to push enemies into while avoiding it yourself. 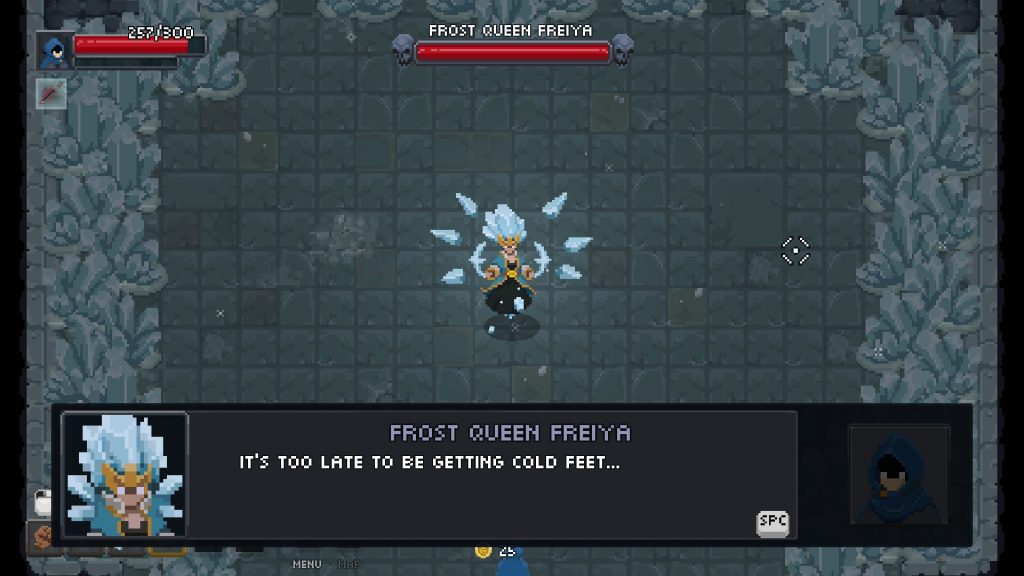 Every boss has a couple of cool, element themed puns. Just to keep it ice and interesting, and chill you out before getting frozen out or dropping that avalanche on them…

The spells, and to a lesser extent, the bosses, are definitely more interesting. Most can be upgraded once to add an effect, such as BIGGER FIST for the Earth Fist, or a freeze chance, or something similar, and others can be improved even further by becoming Signature Spells, which, when fully charged, really let rip. There’s even some tactical consideration, as the nastier spells freeze you in your tracks unless you dodge-cancel, and yes, the elemental damage does count for something, although it can sometimes be hard to tell in the chaos. Relics add some variety, but, as with any roguelike, roguelite, or roguesumawotsit, you don’t know what they are at first, can’t check in a run (which is an annoyance), and whether it synergises well with what you’re doing is as much dependent on proc-chances as skill.

It’s fun while I’m playing it. I can’t deny that. But, on the outside looking in, when a run is over, I’m not entirely sure how much I’ve learned, beyond enemy patterns. I’m not sure how much one thing or another contributed to my run, because it’s not always clear. The fun is in the moment, and while that’s not a bad thing, it does leave an odd aftertaste to the experience of playing Wizard of Legend. 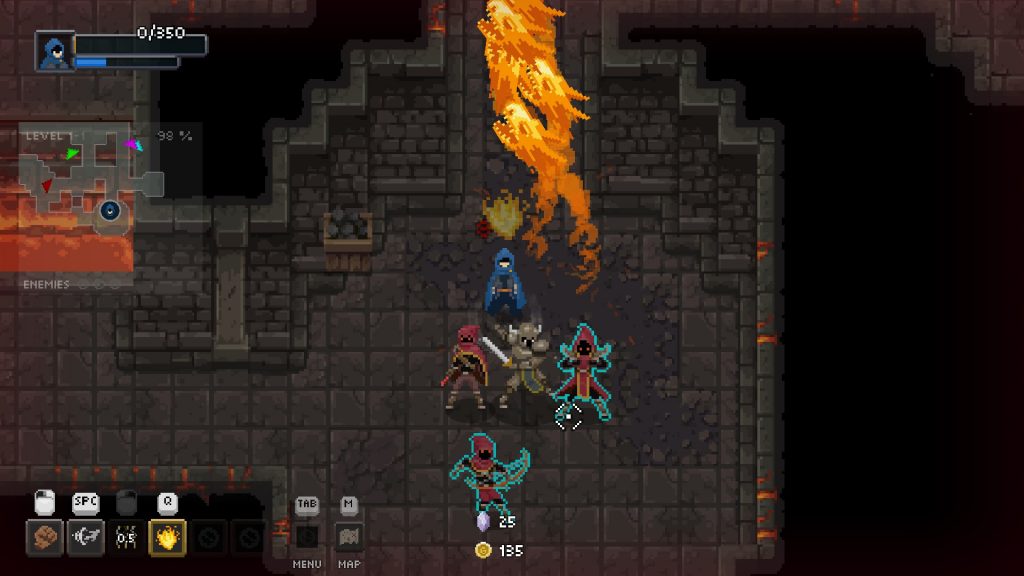 Some enemies have elemental attacks of their own. That perfect half second before I flop over and die through, essentially, overconfidence and miscalculculation.

Or maybe I, and other critics, are overthinking things. Sometimes we do that. Either way, Wizard of Legend is, as noted, fun in the moment, mainly confusing when you’re letting rip, but with good telegraphing, and isn’t a bad addition to the twin-stick rogueapalooza stable. That’s all it needs to be.

The Mad Welshman is a jack-of-all-elements.