History often ignores the smaller stories. This isn’t to say that it doesn’t tell some of them, but they can often get missed, in the grand tides of nations, governments, and movements. And yet, stories are one of the main ways in which we shape our lives, and those of others. Here’s the Engine that was Naughty. Here’s the story of how tragedy turned to comedy with old Uncle Jimmy. Here’s the story of how This Person Is Weird, Stay Away. Not that all stories are trustworthy, of course, it’s as much the teller as the tale. And stories, passed around, grow in the telling. 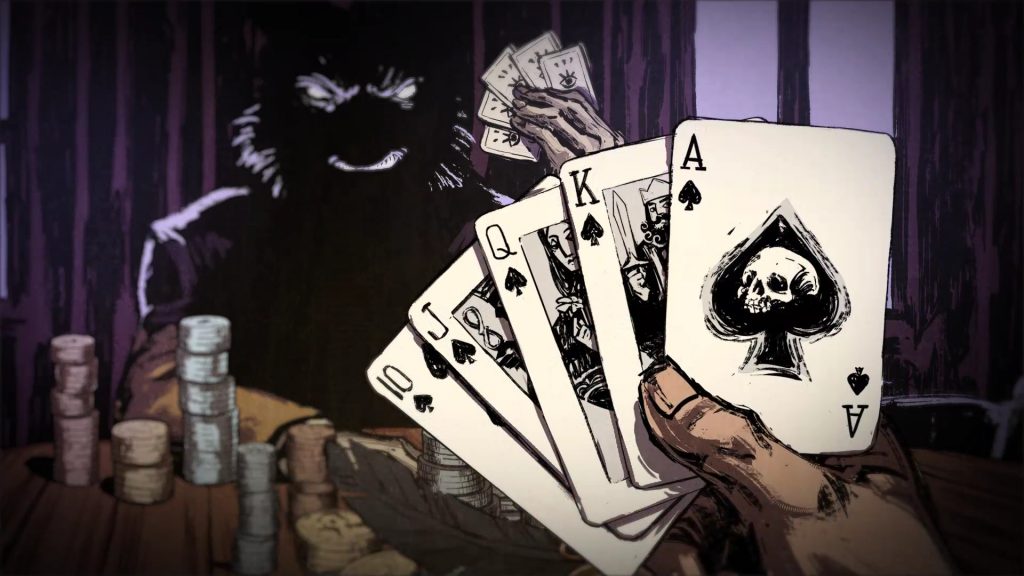 Hoo boy… This hand has a story attached to it, y’know… Which is why I got a baaaad feelin’ , son…

Where the Water Tastes Like Wine is, in one sense, the story of the Skeletal Hobo, and his Service to the Devil-As-Wolf. In another, it’s a collection of vignettes, short stories that paint a picture of life in America’s Great Depression. In a third, it’s a story… About stories, and how much we want to hear them.

To describe it mechanically, amusingly, strips some of the mystique away: You walk, often slowly, sometimes quicker if you whistle, across America. Travelling from place to place, collecting and telling stories. Sometimes, you influence them a little, by taking part in them, and along the way, you hear the bigger stories, hunting down characters to tell them the stories you’ve heard, to share enough of a connection that they open up to you, and finish their own stories. Hear all the stories, spread enough of them around, and you’re done.

The pace of the game is sometimes slow between stories, although recent patches have improved this somewhat with better rail and bus travel the further you get, and the mementoes from completed stories allow you to fast travel. Some have said this slow pace is a detraction from the game, but honestly? I like it somewhat slow. It fits the mood of the character, where whistling a merry tune quite literally speeds your travel somewhat. Nonetheless, the option is there, and it adds a little extra choice for those who want to play through quickly, rather than savouring, remembering, and thinking over the stories as you walk. 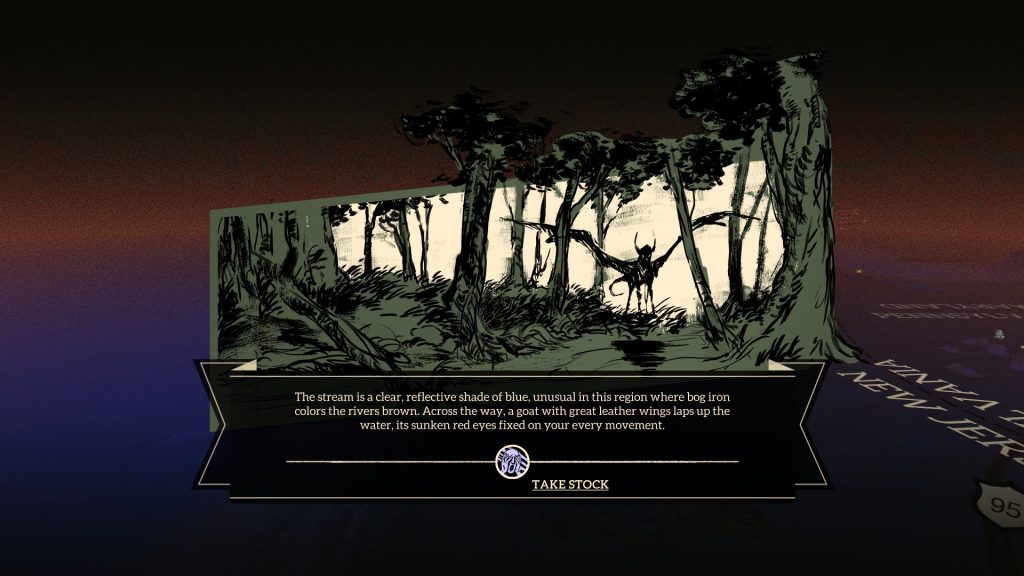 Some of the stories may seem tall tales, it’s true… But hey, you lived ’em, so you know best, right?

…What was the deal with that white deer? Was there anything I could have done? Ohhh, that poor vet, come home with no reward save the cold road, and what reward is that? The kids these days, and that woman, I do hope she’s alright, and not dead like the tales suggest… Maybe I should swing back that way, see what’s up with that, when I have a spare moment from this grave and onerous task? Ah well, the road lies ahead, and it isn’t gonna get any shorter from me thinking about it.

Time to hunt down the next tale, be it tall or short… 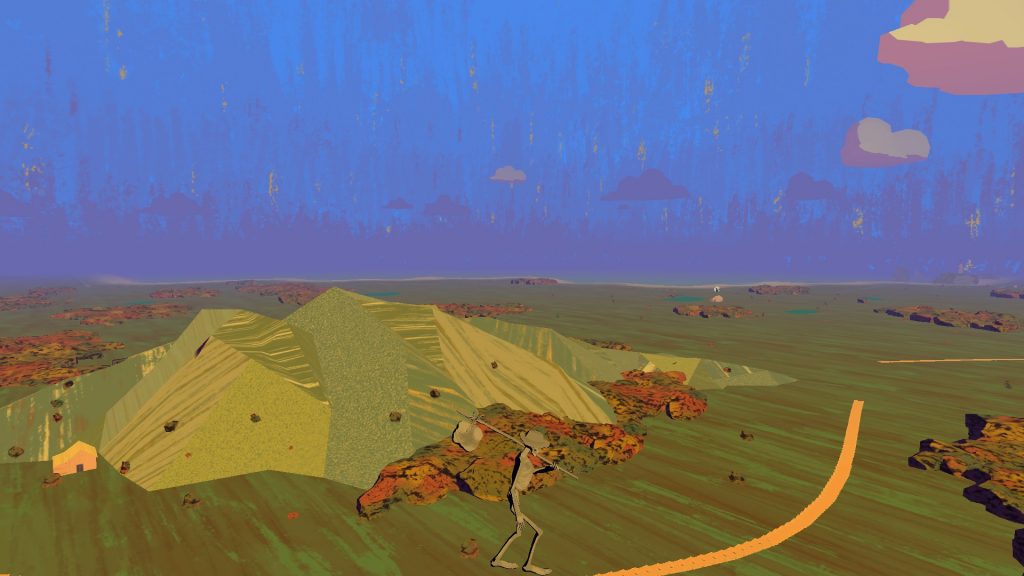 As y’can see, friend, got a ways to go for the next tale to gather. Hand me that flask, and let’s sing a lil’ tune as we go, eh?

The Mad Welshman would like to note that the game’s editor, Laura Michet, has written a detailed post-mortem of the game, available here. It’s an interesting read.