Called it. I said, in the first Early Access review I did of Vagante, that I would be tired of its shit by release, and lo… Release has hit, and I am well and truly glad to have this off my docket. That may seem mean, but let’s unpack exactly why I so heavily dislike Vagante.

Everything else I’ve been reviewing this month has, in its way, expanded upon the procgen/roguelike formula. Accessibility. Quality of life. Vagante, meanwhile, makes it quite clear that its response to issues I have with the difficulty curve are, essentially, “git gud.” And I’ve made it quite clear in the past how badly I respond to that. 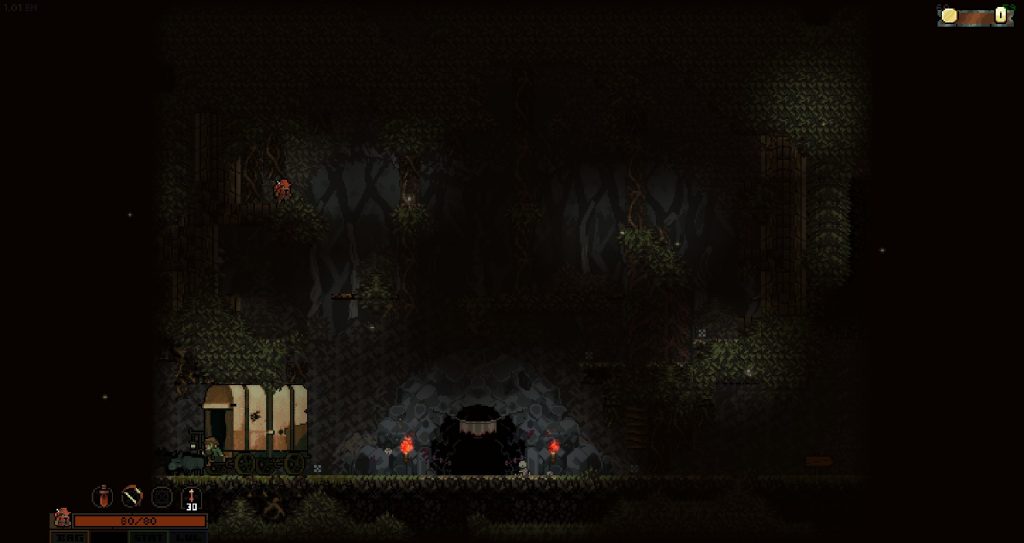 Let’s play a game of “Spot the Character.” Take your time, I can wait…

Let us take, as an example, the bosses of the first three levels of the dungeon. Two of the three have projectile attacks with damage over time, and like to stay out of your reach. Combine this with the rarity of healing items, and melee is either a case of damage racing the enemy (Providing, of course, you have the hit points to do so, as all melee attacks are fixed animations you can’t interrupt, and daggers, previously a go-to, are now slow enough that they are once again a weak option), or timing your attacks just so, over a protracted period of waiting for your single-blow opening, dodging and leaping projectiles, and luring the boss somewhere where you can actually hit them before getting a blow off. Bosses are, naturally, a bundle of hit points, so this can take a while.

Okay, so we can cross the Warrior and Wildling off the “enjoyable to play” list in the very first area (The second area’s bosses seem to actively punish melee users.) What about the two ranged classes, the Rogue and the Mage? Well, as mentioned, while, previously, the Rogue’s dagger could avoid in-level enemy damage a lot of the time, and generally do well in the damage race due to sheer speed, the bow remains, as explored in the previous Early Access review, a case of “Draw for a second, release… Do as much damage as a single sword blow, maybe as much as a heavy axe on a crit. Enemy must be in shortish range from you, good luck avoiding those fireballs/poison globules.” It’s not often I say this, but the Mage, weak as their starting “weapon” is (a staff with a limited number of charges, charging by, er… hitting the enemy with its weak, slow attack), is a good choice, as they have some short range spells that do decent damage, relatively quickly… But, again, your starting attack relies on the enemy being nearby and in front of you, which, with fireballs and the like, isn’t a good idea, and it’s very much potluck if you get, for example, Frost Nova, a spell that has a chance of freezing the enemy for a vital few seconds. 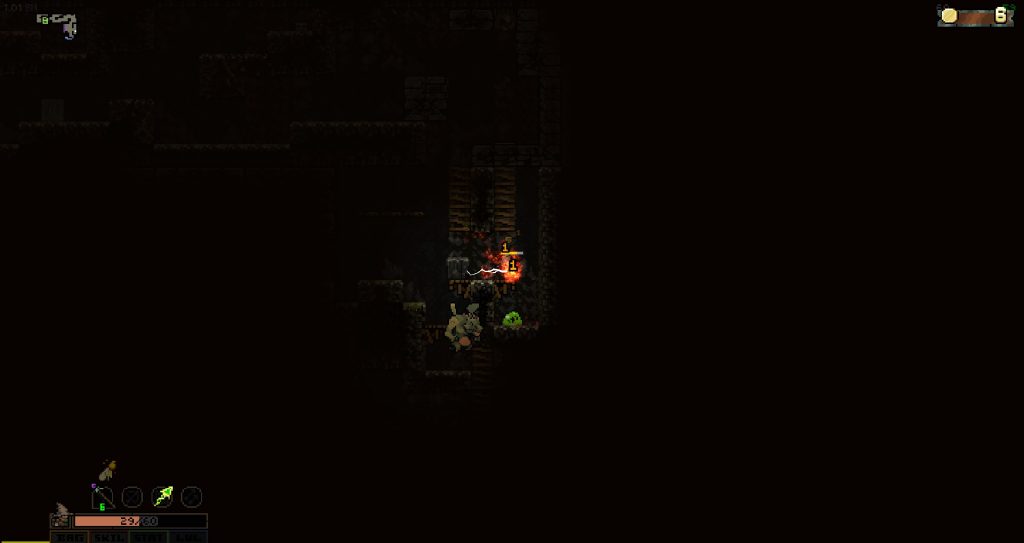 So far, I’ve described something unenjoyable, if not tedious. But wait, it gets better! It’s pretty dark, unless you have certain items (random drop chance), and instakill or damaging traps await, such as spikes (instadeath if you fall, or are knocked onto them, with the saving grace that enemies are also killed by them. Not bosses though), blockfall traps (mostly, thankfully, easy to spot once you know how, but still an occasional killer when, say, concentrating on an enemy), and worms (invincible until they attack, somewhat hard to see at times.) Want a heavier, more damaging weapon? Congratulations, you’ve found an axe, or a hammer, both of which… Are slow as hell, and have a minimum range on their hitbox. With melee enemies pretty much all rushing you as best they can.

In a way, it’s intriguing to me that a game can be so actively designed against its player characters, but alas, this has the side-effect that, for all that there may well be interesting things in the third dungeon area, for all that there may be new things to see, I most likely never will. Because the game is released, and I am so very done with it.

Goodbye, Vagante. I will fondly remember the time you had an option that wasn’t a tedious time. 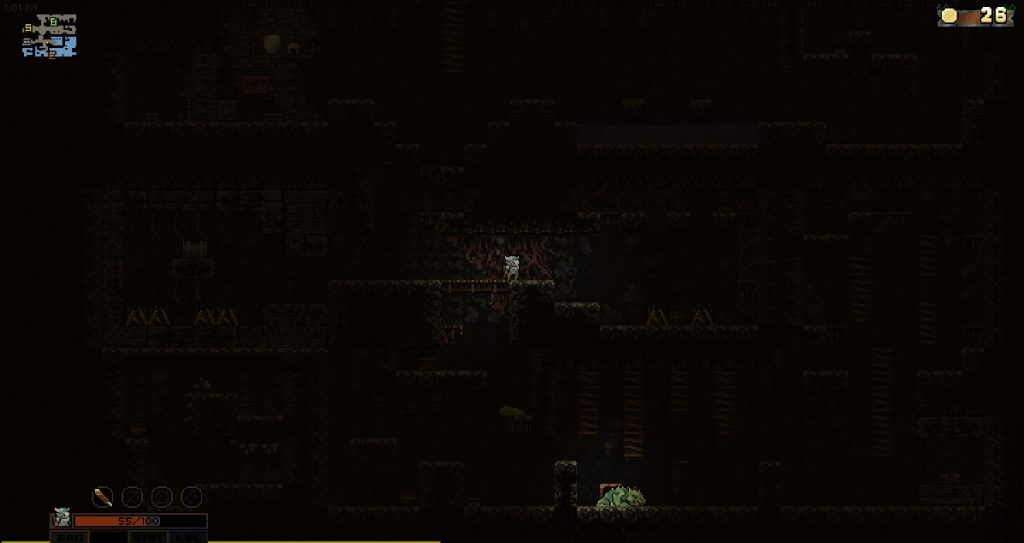 Hrm. Big open area. 55 HP. Yup, I confidently predict I’m going to die, here on the first level.
And you’re probably as sick of seeing the Dragon now as I am.

The Mage is now seemingly the most viable class. I’d like that to sink in for a second.