Source: Cashmoneys
Price: £6.99
Where To Get It: Steam
Other Reviews: Release

IMPORTANT REVIEW NOTE: The Steam Store page will tell you it is not English supporting. This is an oversight. Second menu button, third tab, bottom drop down menu option, select English. You’re welcome.

This past year, it seems, my cup runneth over with interesting, accessible, yet challenging Roguelikes. And Mad Crown was an especially nice surprise to review, considering the developers hadn’t originally planned to localise it until release. So, thanks for that, S-Game (M-Game?) , and thanks also for making said localisation moddable. Perhaps, with this, I could make a Wenglish translation. Enemy is BLEEDIN’ TAMPIN’ , BUTT. 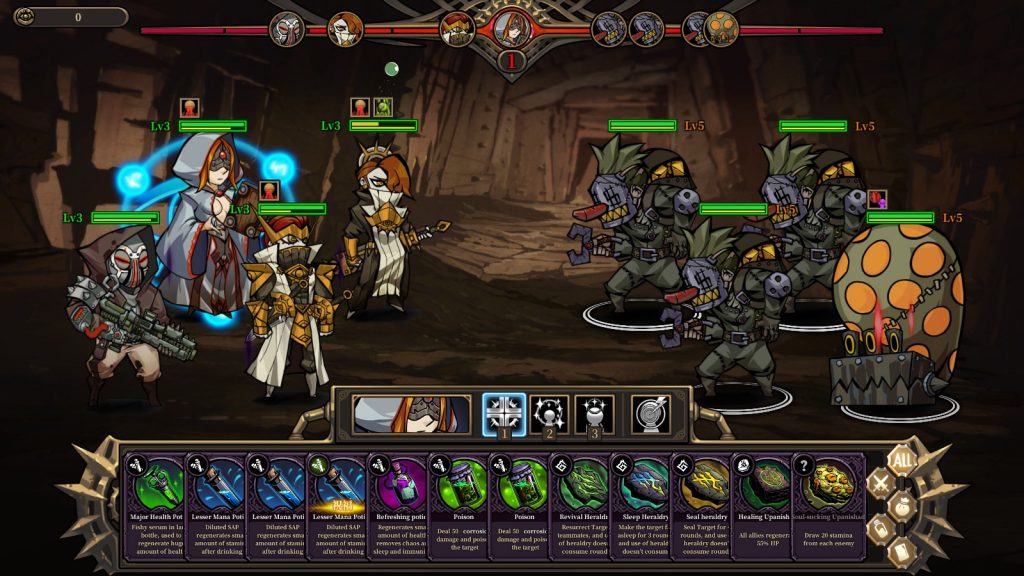 Three thieves, and a treasure containing monster. I foresee pretty much everything running away this fight, some of it with my hard-earned…

But I digress. Mad Crown is a turn based roguelike, in which a slowly growing group of adventurers try to head deeper into a nether dungeon, to seek an artefact of great power that had gone missing previously. So far, so… Wait, buzzsaw robots? Grinning goblinoids and zombie gangers? Huh. Mad Crown’s world is an interesting and eclectic mix, and the hand drawn art style both stands out and sells it quite well. The music’s good, the UI’s clear, and the game?

The game isn’t bad at all. Difficult, yes. But difficult in a way that can be understood. Enemies debuff a lot, from Chaos (confusion) to Disarming (Removes equipment), and against that, each character has one basic attack, one special attack, one defensive ability, and a passive. Almost everything else is cards, from equipment cards (adding armour, damage, and special abilities), spells (The instant action Heraldries and the all group Upanishads providing an interesting balance: Do you want to attack as well as debuff or hurt a single enemy, or do you want to try affecting everyone with the debuff? Tough call), and items. Each dungeon run starts you at a low level (levelling up as you go), and the longer you take in the dungeon, the more overlevelled enemies get. Add in the other wrinkle, that if an enemy kills another enemy, it levels up, and… 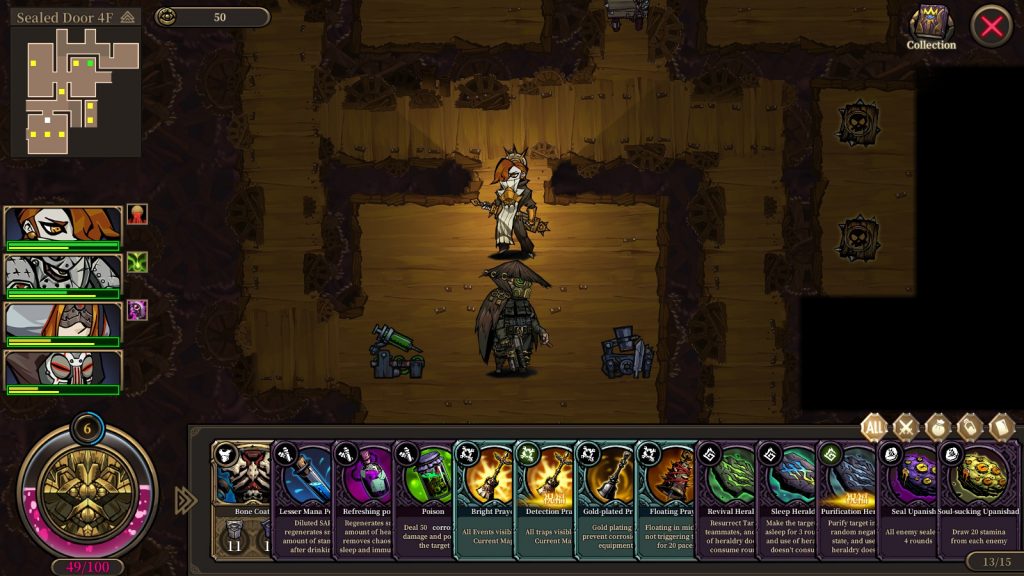 The further into the dungeon you get, the more interesting it becomes. Although, y’know, also the more *lethal* it becomes…

…Look, there’s a lot of depth here, both in the dungeon, and the town. Individual dungeons are relatively short, the game mostly tutorialises well, and it gets a lot of good mileage out of the features currently present in the game. I’ve crowed with delight as I killed multiple opponents in a single turn, and recoiled as what I thought was going to be an easy enemy ate its friends, and suddenly became a miniboss. Said “easy” enemy is now higher on my target list in a fight, precisely because it’s one of the few that willingly attacks its own friends without confusion.

And yet, it remains at least moderately fair, due to its rescue system. Got a friend with the game? Good, because they can save your kit, and you can save theirs, once you get far enough in the story that the rescue of your equipment from your corpses is no longer automatic. Copy a code to your clipboard, give it to your friend, and they rescue your kit. Nice, encourages you having friends playing, and makes the difficulty curve just that little bit smoother in the earlier stages of the game.

Overall, I quite like Mad Crown, occasional frustrations aside. It’s got promise, it’s got a lot to unpack and unlock, and its systems are easily explained and learned in play. I look forward to seeing where this one goes. 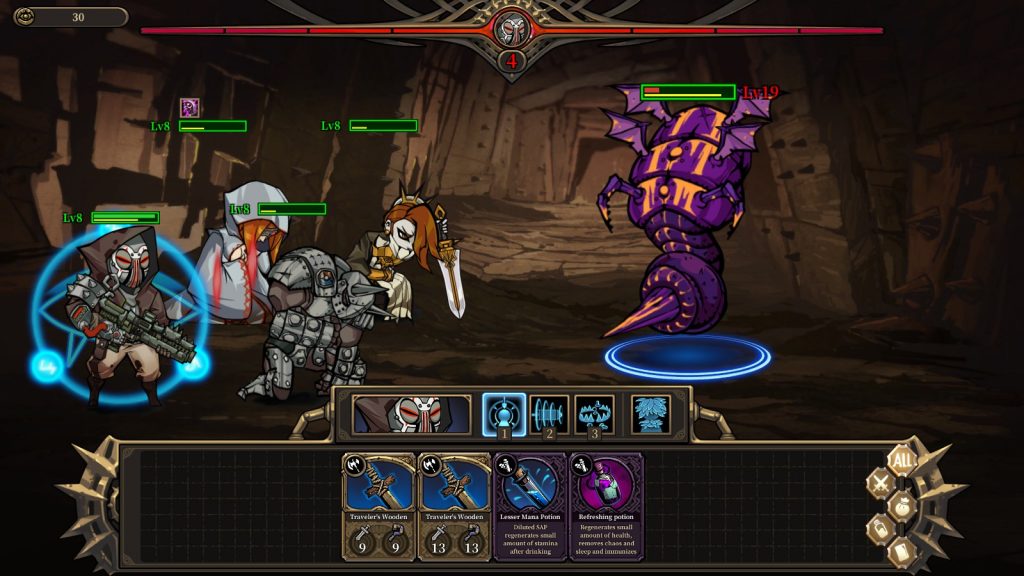 The Mad Welshman is pleased to be the first english language reviewer of this game. Wooooooo!