Dungreed is an odd game to me, in that it is, in its first hour or two, definitely enjoyable, but, due to the nature of its progression, becomes… Well, a bit of a slog from the middle of it onward. Which is a shame, because some of its bosses are actually quite interesting and amusing.

So, to sum Dungreed’s basics up simply, you are an adventurer, who’s come to rescue a town from a dungeon that’s literally eaten the village. It’s an action platformer shooty/slashy type deal with rooms put together procedurally, and, importantly, at the end of each run, you lose all but your basic shortsword, and most of your money. 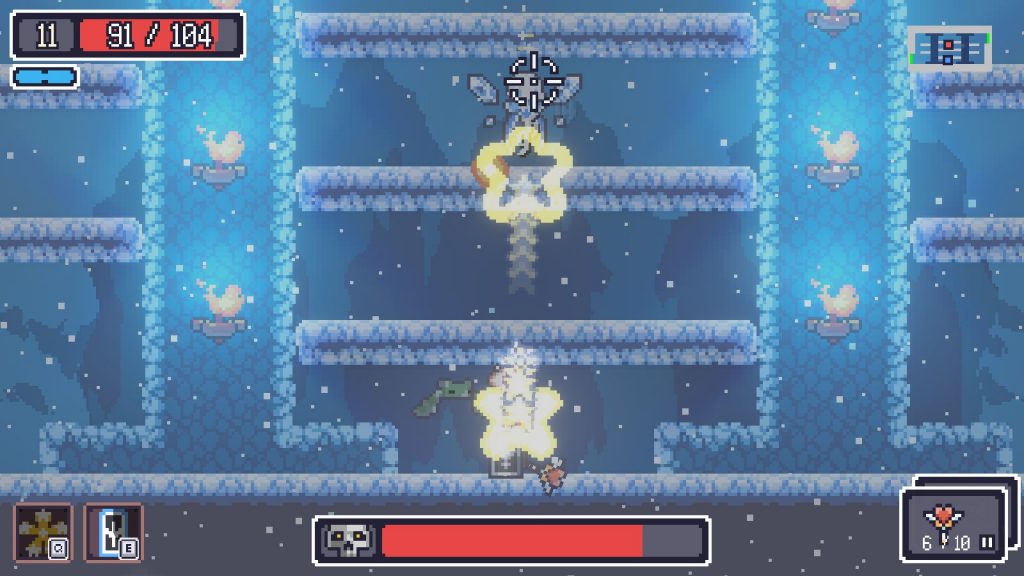 Pictured: Possibly the most fun boss in the game so far.

“But wait, Jamie, why would the game do something so cruel?” Well, partly to introduce variety, partly to give you a chance to level up, and partly so you end up interacting with the villagers you save, all of whom add a selection of kit to the dungeon’s random drops, a few random NPCs wandering around, and features that are meant to make your next run just that little bit easier. The Blacksmith, for example, gives you a random item. Could be a weapon, could be an accessory, could be ranged, could be melee. The shopkeeper lets you buy things (for when you’ve not got any NPCs to build village features for), the trainer levels you up (with each 5 points in a stat adding an ability to your stable like double jumping, shopkeepers costing less, or extra damage), and so on.

And then you start from the beginning. Which, funnily enough, is both its problem, and not one I can see much of a win for. See, the bosses are fine, and one, Niflheim, caused me to laugh and cry out to my friend “Wow, I just got killed by a Touhou in a roguelike!” (As her boss pattern, music, and aesthetic are all highly reminiscent of bullet hell shooters, specifically the Touhou games.) But by the time I’ve gotten to Niflheim, I’ve gone through several floors, with much the same preffered weaponry, having consigned much the same equipment to either use, or, more commonly, what can be called vendor/altar trash. Some, like the Matchlock Rifle with its pause before firing as well as a slow reload, more readily than others.

The further I get, the further I have to go, and the less I enjoy the preceding run up to whatever boss comes next, as, until I meet a new boss or a villager, all I’m doing is… Marking time. Time which increases the further I get. 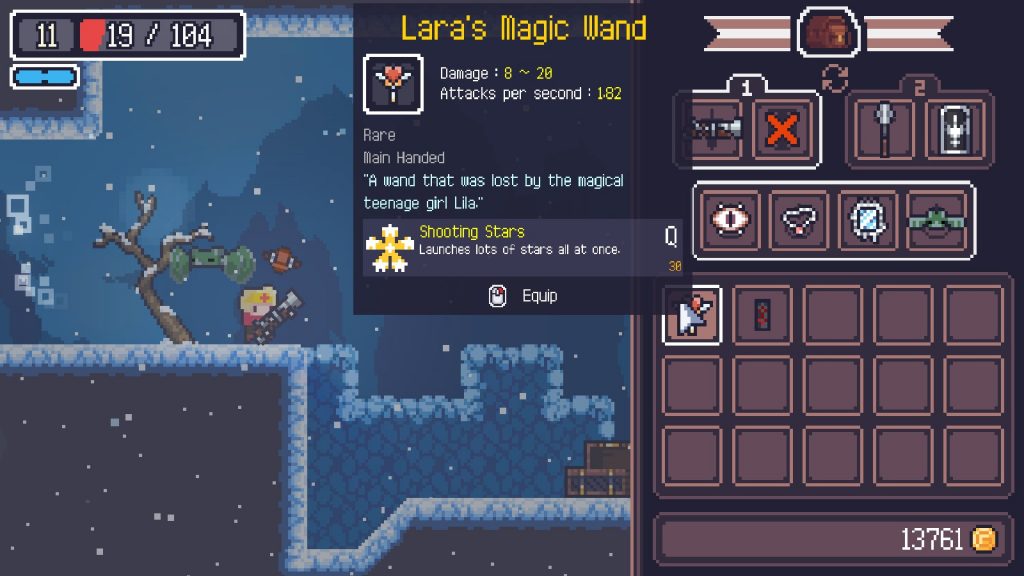 A mix of melee and ranged is recommended, but heck, most of the ranged options are so much fun!

Which is a real shame to me, as the game’s aesthetically consistent, does some fun things with its music (As noted, Niflheim’s boss music is highly reminiscent of its inspiration) , and the enemies do have variety and interest… Just… Not quite enough to keep me going for this final stretch. Fun at first, it’s become, over time… Alright.

The Mad Welshman is a walker by habit, as opposed to a marathon runner.