Miss Fisher And The Deathly Maze, Episodes 1 and 2 (Review)

Source: Cashmoneys
Price: £5.79
Where To Get It: Steam

It’s a somewhat sad truth that there are very few games about detectives that make you feel like a detective. Unless, of course, you’re after the Lestrade experience, where you bang things together until somebody archly takes you aside and tells you how you’ve been doing it wrong all this time. And so it is with the Miss Fisher Mysteries episodic adventures so far, an oddly hollow experience after you reach past the surface value of it being more adventures of one of the more characterful and interesting detectives in recent history. 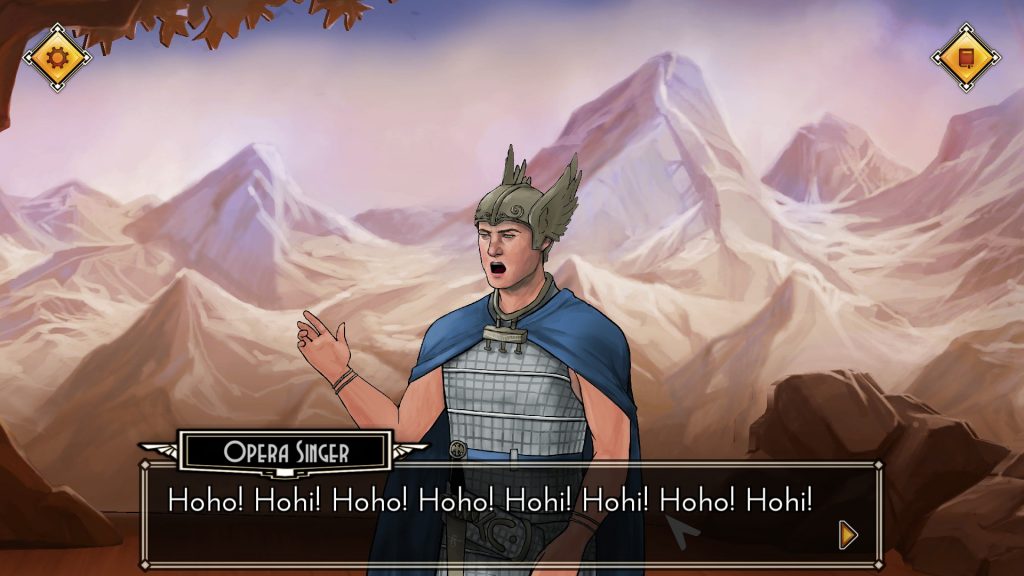 On the absolute surface of it, the music is fitting (It should be, a fair amount of it comes from the show), the paintings of the characters and locations are solid, and it’s accessible. But even here, oddities begin showing up. No windowed mode (or, more accurately, you can Alt-Enter, but it won’t be terribly useful.) Saves are within episodes (so you have to start the episode to load a save, going through at least the introductory cutscene.) If you guessed, by the price, that the cast of the television series were not going to make an appearance (or, indeed, voice acting), you’d be 100% correct. That, at least, I’m not really willing to judge beyond making a note of it.

The rest, however? That, I’m willing to look at a little harder, and, honestly, it just feels unsatisfying. It’s an adventure game of the “One correct path, and no progress until you do the thing” variety, and progressing… Well, when the first episode is resolved with repeated “Talk” commands (and, in the context, this is rather lacklustre ), I can’t help but feel a little cheated. This is a dramatic moment, folks, why the variety of textboxes? Both episodes can be completed in a single afternoon, but… Even knowing this, after the first episode, I wasn’t entirely sure I wanted to. And a big part of this is that it feels more like a highlight reel, sapped of context, than a fleshed out adventure. 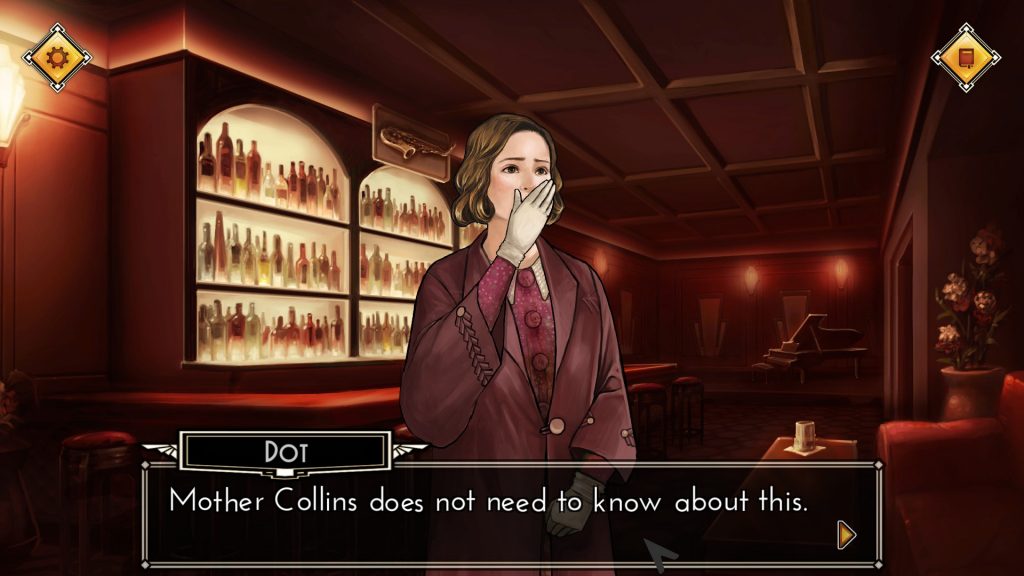 Ah yes, one of those times when Dot is shown something “sinful” in order to progress the plot. Noted running theme.

Ah yes. Here’s the bit where Phryne scandalises her aunt, yes, we want that. And the bit where she tells Jack she’s not a settling person (being a strong, independent woman of the 20s/30s.) Here’s a brief bit of 20s colour, in the form of a speakeasy, yes. Oh, and the bit where progress is being impeded, effectively, by the patriarchal obsession with proprietry. All gone by in the space of an hour, largely unexplored, only… Sort of there. Oh, and we know you like Murdoch Foyle, so he’s our cad and bounder of the hour (or, more accurately, couple of hours.)

There’s some other stuff too, such as finding Phryne’s dresses (finding things seems to be an obsession with these more casual adventures, I’ve noticed. Odd), but, on examination? It’s window dressing. Very accessible window dressing, make no mistake, for, as noted, the game will simply refuse to progress until you’ve done the right thing, and your options are, essentially “Look at thing”, “Talk to person”, and “Bang clues together until you have a new one or a changed one.”

I’d say this would maybe be a short, enjoyable romp for folks who are fans of the Phryne Fisher mysteries, but…. I’m a fan of them, and my time so far has felt like popcorn: Briefly tasting nice, before I realise I’ve spent dosh on something that’s going to make me hungrier… 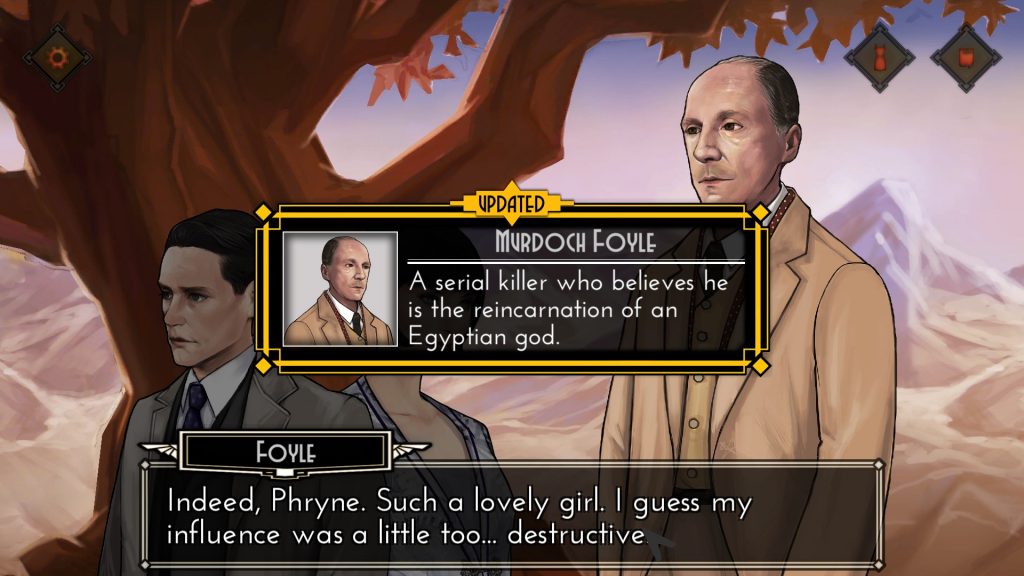 Here’s your general guide to Murdoch Foyle, serving double duty in this scene as one of two clues you’re given *in* the scene to bang together!

The Mad Welshman often has difficulty, with short games like this, to avoid spoilers in the images. He hopes that nothing has surprised you, as he picked on the basis that it didn’t surprise him.