Triplicity is, on your very first glance, a strange combination. Okay, so there’s a deckbuilding, small scale card game battler… But why the block puzzles, friend? It still somewhat confuses, but, thankfully, both elements improve over time, so Triplicity… Turns out alright. 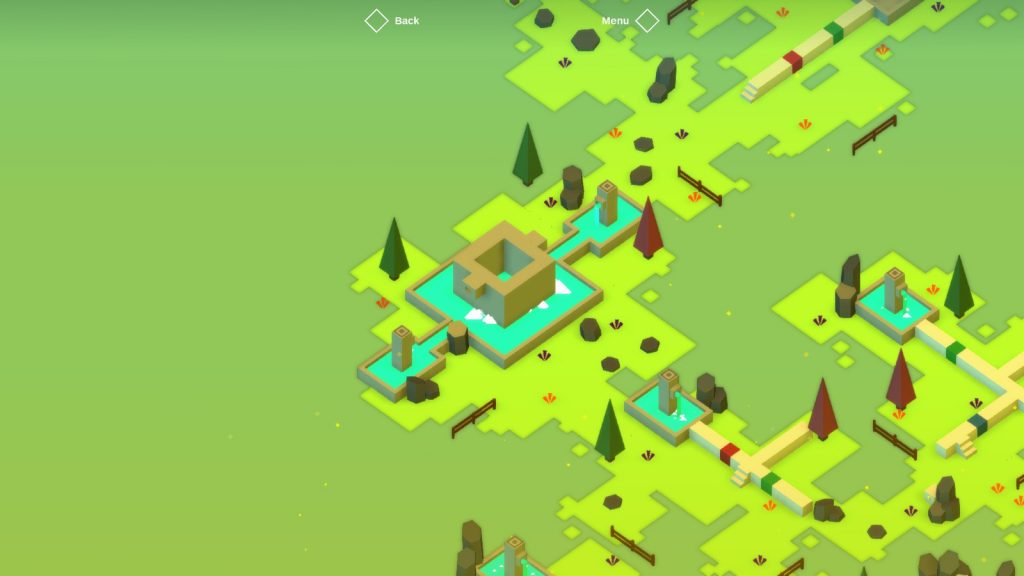 The blocks have been conquered, and soon, I shall face my polygonal opponent, and hear their twinkly lamentations…

The artistic direction in the game is pretty solid, overall. Minimalist, but solid. Soft, ambient music, low poly worlds that are nonetheless bright and use their colour well (with one minor exception: Green/Yellow blocks, or more accurately, the markers of where they’re meant to go, are hard to distinguish, so a colour-blind pass may be useful.) The cards are reminiscent, artwise, of early editions of Magic: The Gathering, relatively muted colour schemes, but using a similar 5 colour scheme for it’s theming. The similarity ends with that and the attack/defence stat.

Playwise, it’s similarly simple and approachable. Block moving puzzles make a prelude to card battles, where the first turn is chosen randomly, and there are three fields, three energy per turn, and cards have a max energy cost of three. Some cards have special abilities, but for the most part, you’re tactically considering where to put your cards for maximum offence and defence as players react to each other (or player and CPU, as is the case with story and practice mode.) Defeat still earns a card for your library, while winning earns three. Take a wild stab at how many block puzzles have to be solved before fighting a card battle in the single player mode. 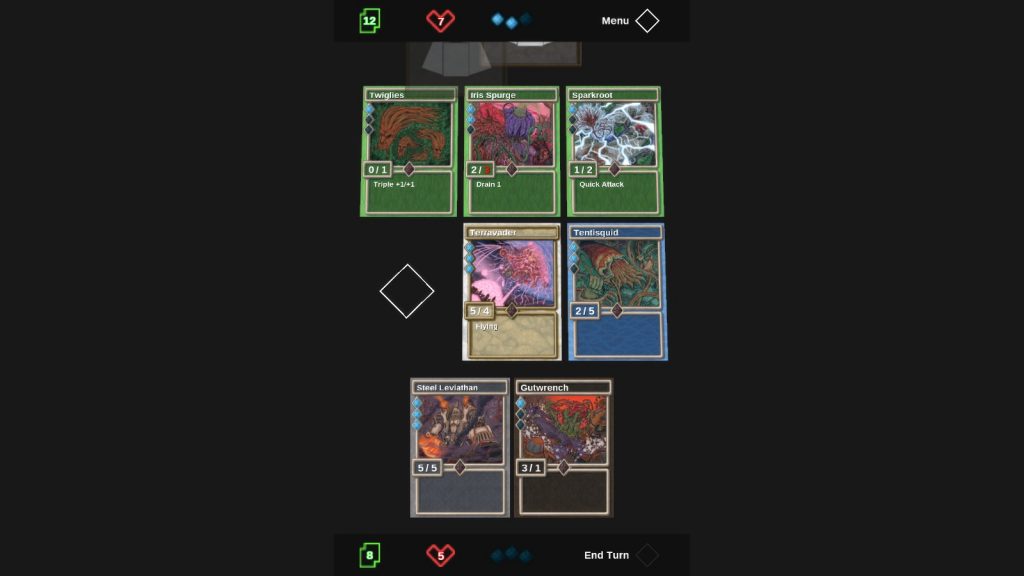 I could really go for some Twiglies right about now…

With a multiplayer mode, and a practice mode where you can try your wits versus the AI, Triplicity is, honestly, not a bad game. It’s approachable, accessible, and when my only niggle with it is “Wait, if the cards are the focus, what’s all this block malarkey”, I can’t help but give a pair of gentle thumbs up.

The Mad Welshman finds simplicity both pleasing and frustrating. You may be able to tell.