Ghost of a Tale (Review)

A lot can be said about how intimidating it is, playing a largely pacifist mouse in a world of giant, angry rats, that it’s taken me this long to take a look at Ghost of a Tale, the stealth action RPG by SeithCG. But, like Tilo, the mouse bard protagonist of this game, I’ve gotten over that, and honestly? I’m glad I have. 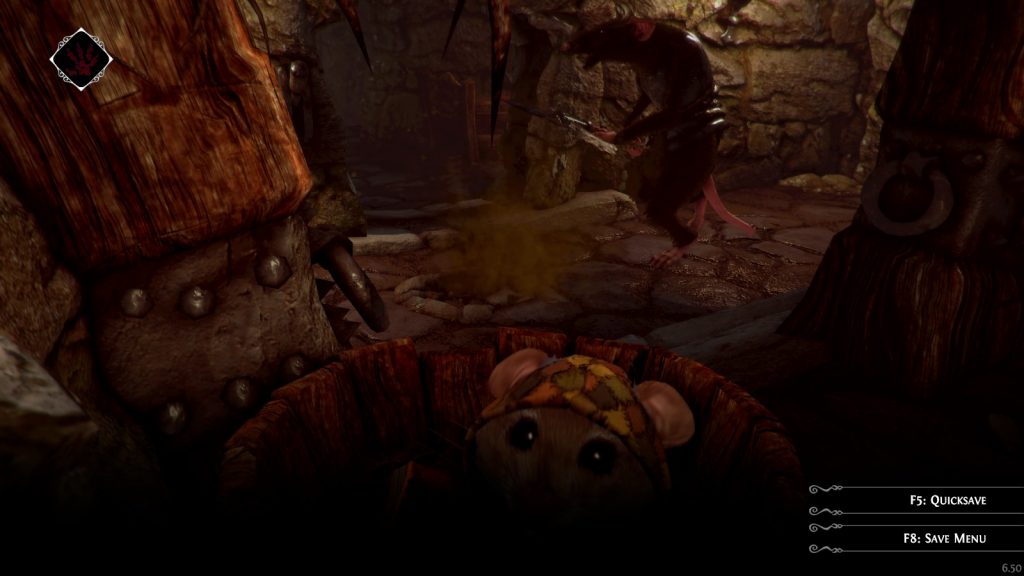 I feel you, little guy… They *are* scary!

Ghost of a Tale is, at its most basic level, a game where you, Tilo the mouse bard, must explore an ancient keep, hoping to save your wife Merra (Imprisoned, like you, for treason) and escape. Of course, if it were that simple, we wouldn’t have either the tension or the interest, so there’s a pretty wide cast of characters, some friendly, some not quite friendly, and many of which aren’t friendly at all, considering that they’re either beasties out for any blood they can get… Or the rat guards, who, understandably considering the charge you’ve been imprisoned under, aren’t exactly fond of you.

Of course, this doesn’t bring secret doors, shortcuts, a hint system in the form of a seemingly friendly blacksmith, a small web of intrigue, and something about an Emerald Flame, a great evil that may or may not be rising again… And some fine characters, all set in a beautifully rendered environment. There’s a fair bit to do in Ghost of a Tale, and I appreciate how, while the rats are a threat, they’re a threat that can be dealt with in a variety of ways, including running away (Even walking, you are slightly faster than the rat guards) and hiding until they return to their posts. Failing that, slime trips them up (if they’re not wearing boots), bottles knock them out (if they’re not wearing helmets), and, eventually, two sets of armour that allow you to move unchallenged… Past the guards, anyway. 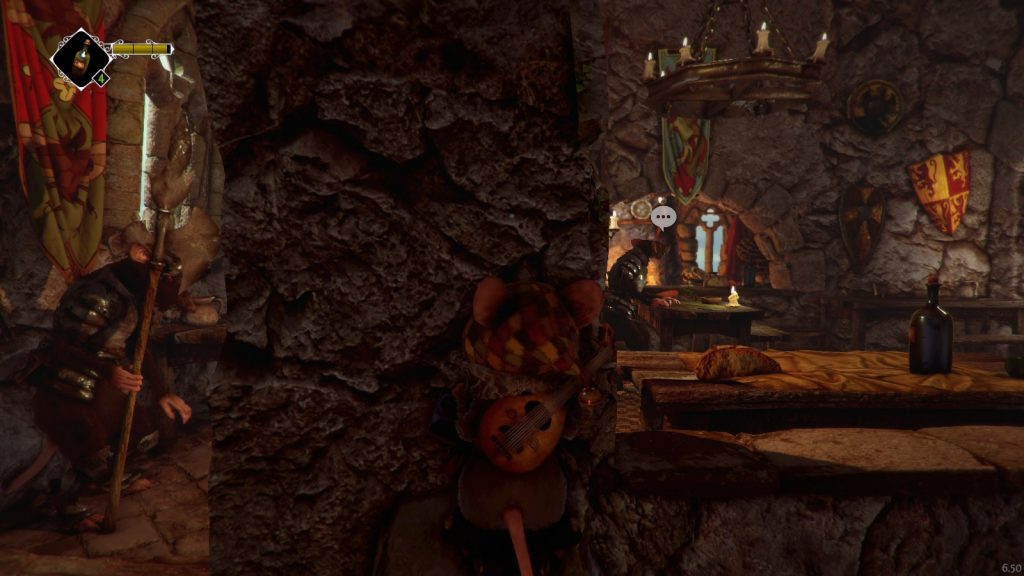 I get the distinct feeling I’m not meant to be up here… Yet.

There’s a fair amount I like about Ghost of a Tale, as the shortcuts are helpful, the world is pretty, and the characters are, when they speak, charming and amusing (Kerold the Frog Pirate, for example, has a fine example of breaking the fourth wall with items that don’t turn up until you know they’re there… I won’t spoil it for you.) But this isn’t to say there aren’t things I get a bit grumpy about. There’s a fair amount of the game that can best be described as “Collectathon-ing” , and some of the puzzles are a little obtuse. There are maps, but it’s a case of finding a safe spot to look at your inventory, and memorising.

Still, overall, I find Ghost of a Tale more charming than frustrating, and, despite being intimidating looking in the early game, it’s a cool game that emphasises exploration and trickery over violence, and a pretty accessible one at that. Worth a go! 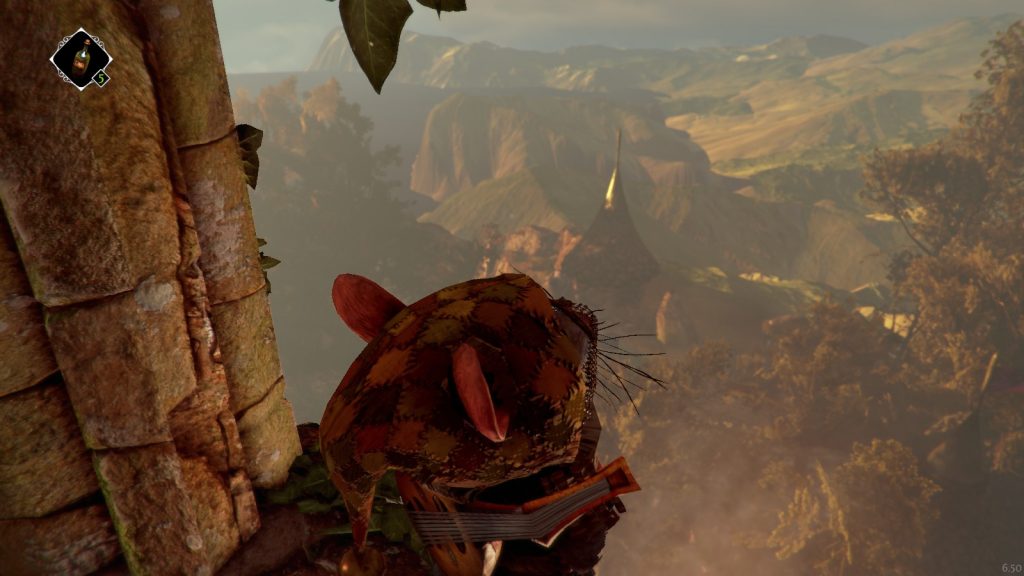 Top of the world, ma! (No, really, highest point in the game’s rather large map, apparently)

The Mad Welshman is not ashamed to admit the Rat-Guard scared him. It just means they’re doing their job well, is all!