A Nonagram puzzle, often known as a Picross or Griddler puzzle, is, usually, a calm exercise in logic, where rows and columns are broken into sets of numbers, and you have to deduce the position of blocks in them. The game simply titled “Nonagram” , wants to be the final word in such games, and, can’t lie, it takes a good stab at it. 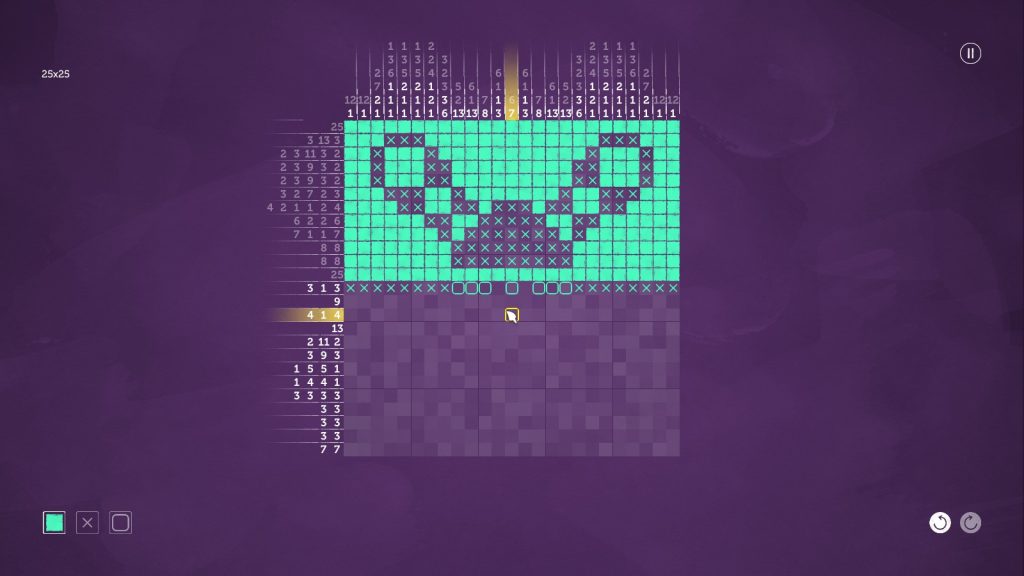 It is a *pretty* Picross game, I’ll give it that!

Musically, it is quite calming, with lots of xylophones, wind, and piano that you’d find on an Easy Listening Instrumental album… In fact, I’m pretty sure a couple of the tunes are easy listening covers, but that’s by the by. It presents itself well in its Gallery mode and in presentation (I quite like how, rather than a straight grid, coloured puzzles are squares of different values. Pleasing to the eye.) It even has a third option beyond the usual two of “This is definitely a square” and “This is definitely not a square”, which I generally use for checking what could be a square. An editor, and community puzzles, a timed mode and a zoom control allowing for really big puzzles (Alt-Left mouse moves it around, and the column/row numbers don’t change with where you are, just to clarify. So it does work, and you can’t break the puzzles into smaller ones with it.) 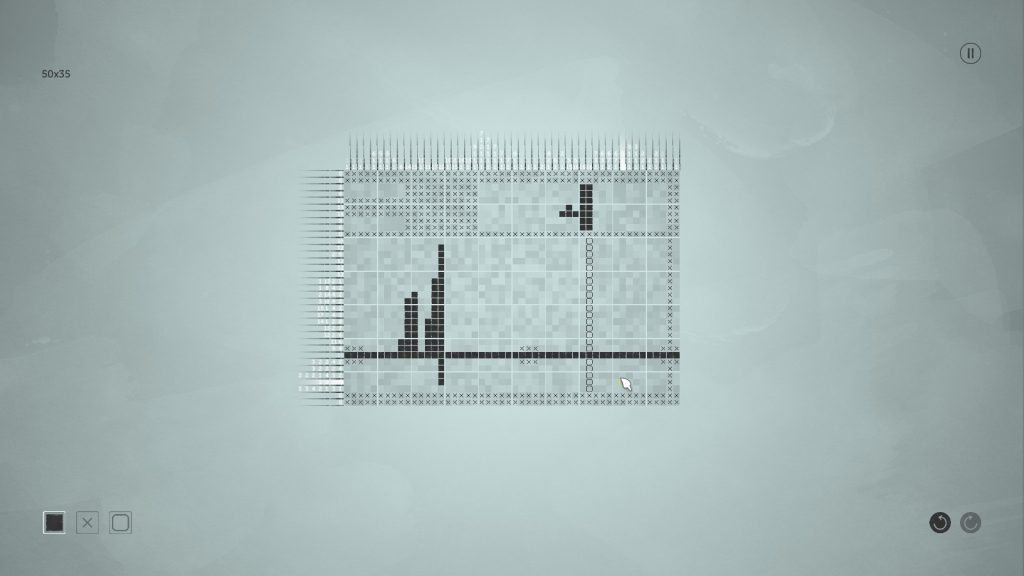 Wait, what? AAAARGH, USE THAT NEGATIVE SPACE!

So… So far, so good. I might even go so far as to say “Damn fine.” But, as is often the case, niggles and problems do exist. Gallery mode is relatively accessible, but it’s important to note that timed mode is a challenge mode (So there is a limit), and “Classic” mode starts with a 50×35 puzzle (Definitely requiring zoom.) With or without the zoom to help, puzzles can get finicky, and the game’s definition of perfect is just that: One mistake, and no shiny crown for you!

The size of the puzzles is, itself, somewhat odd… There’s a lot of negative space there, and it’s not being used. Finally, although this is apparently on the roadmap to fixing, the automatic fade-out of numbers you’ve correctly worked out is currently bugged, and so doesn’t accurately display your solving status. Not a game-breaker, but still rather annoying.

As such, it is, undoubtedly, a good Picross game, and has the potential to be a great one. It just needs to somewhat up its game with the bigger puzzles, accessibility wise. 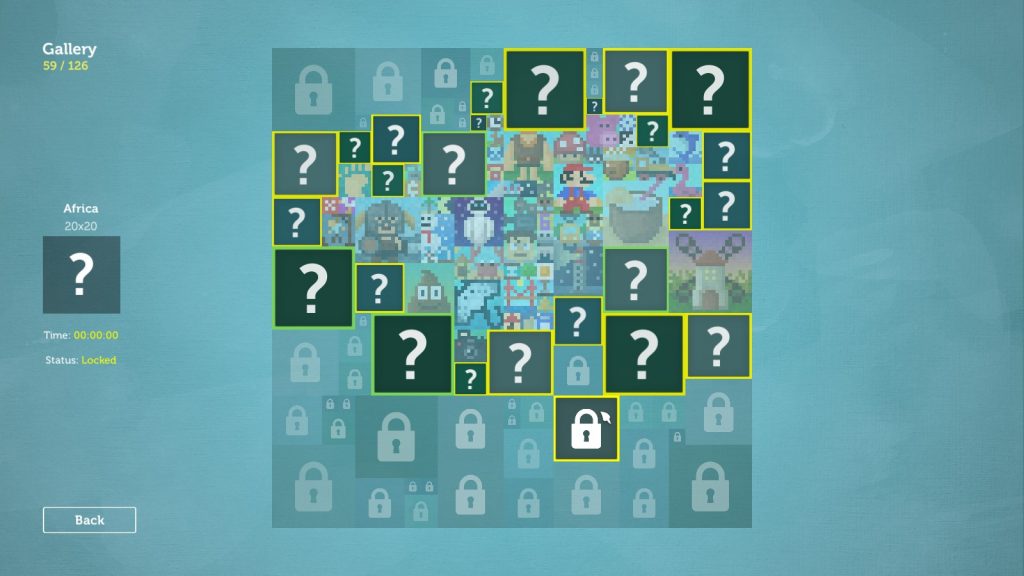 Ah, Gallery mode. Spot the video game references, there are quite a few…

The Mad Welshman wonders if, like with previous genres he’s looked at, he’s going to be known as “The Picross Guy” now. He rather hopes not.