Assault Gunners HD is a game with problems. And it’s perhaps unfortunate that these problems are so pervasive. Still, let’s back up a bit and talk about what the game is. 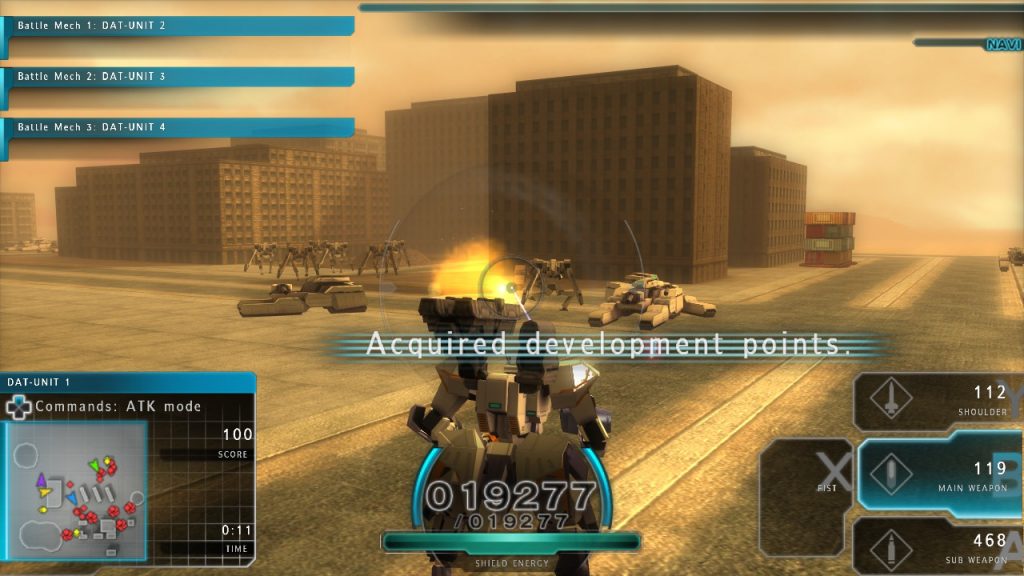 The laser is a frankly silly weapon when it comes to crowd control. And there’s always a crowd…

Assault Gunners was originally a PS Vita download-only title, reminiscent in both story (Self replicating robots gone bad on a colony) and feel of Armoured Core (Well, it tries. We’ll get to that.) And now, it’s come to Steam, in a HD edition that… Well, doesn’t exactly impress.

On the one hand, the game does some things better than some of its ported brethren. Actual sound, graphics, and keybinding options. Playable keybinds, so no, controller isn’t mandatory with this one. The mechs and enemies look alright, and the music and sound, while a little generic at times, similarly, are alright. Finally, with the exception of one menu element not being terribly clear, subtitles not happening in cutscenes, and the in-mission subtitles being in the top right (IE – where you’d rarely look), the UI and menus are relatively clear. Cluttered, but clear.

But these are, unfortunately, small potatoes compared to things that don’t go so well. There is little sense of impact, even with the missiles, which, in a missile heavy map, are going to obscure your vision, there’s so many smoke trails. You fire at a thing, it goes boom and dies. That’s it. I had originally intended to say the game is slow as hell, but no, that’s just the first body/legs. Once you get, for example, the BUNNY armour, boosting becomes fine, movement becomes fairly good, and with better legs, it gets better. But, funnily enough, this segues well into the next big problem with Assault Gunners HD… Balance. 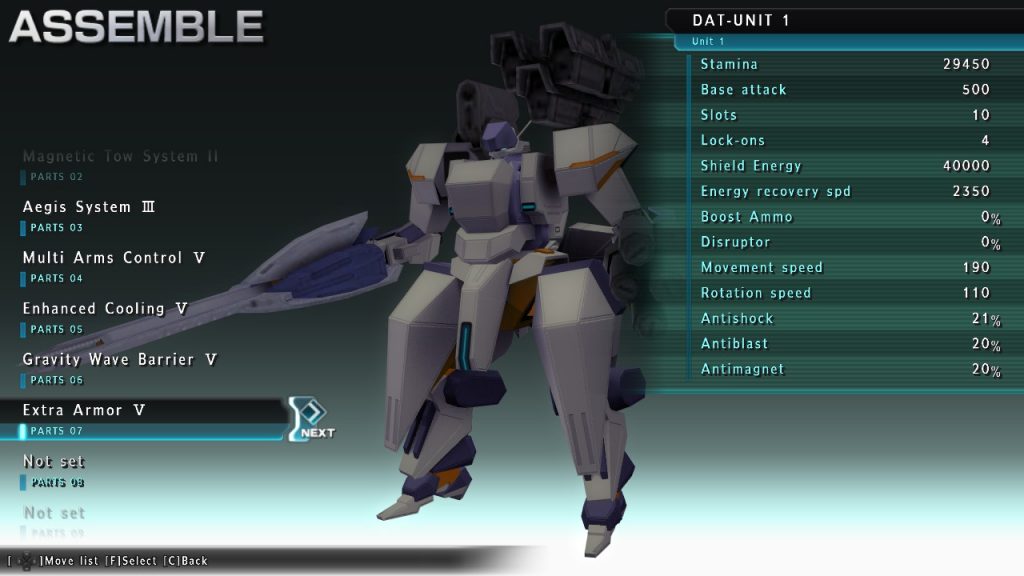 Pictured: Slapping a ton of good stuff on, consequence free.

…Or, more accurately, lack thereof. By the time I had gotten to the first big enemy, rather than the hordes of small, not very smart, and weak enemies that give it more of a musou feel than that of an Armored Core game, I already had a Laser V (Best I’ve seen so far), level 5 in all the types of armours I know of, the best horizontal missile rack, stamina boost… I had a lot of good things, and, unlike Armoured Core, where its inspiration obviously comes from, there’s no disincentive (beyond the pickup magnet powerup) against just slamming all of them in and calling it a day. Oh no, its a grasshopper me- oh, it died before it managed to complete an entire loop of shooting? Oh, well, we’ll just be sad about the gunships we sent in as backup you obviously didn’t need, then.

So, before I’d reached 8 of the 20 missions in the base game (With a further 15 as DLC), I felt like a little tin god. Tin, because I never felt like it was earned, or even much of a decision. Fuck it, bunny armour and the best guns of their type on everyone! Extra target locks, extra health, shield regen, extra armour of all types, go wild, folks! And, since the mechs are used in every game mode (Edited in the Hangar menu), this then applied to the game’s wave based score attack mode, Inferno. Where scores of geometrically placed enemies died in droves to the fact that geometric placement is great for a piercing weapon, and I let myself die on Wave 18 because I felt the previous 17 waves had provided little entertainment or challenge. 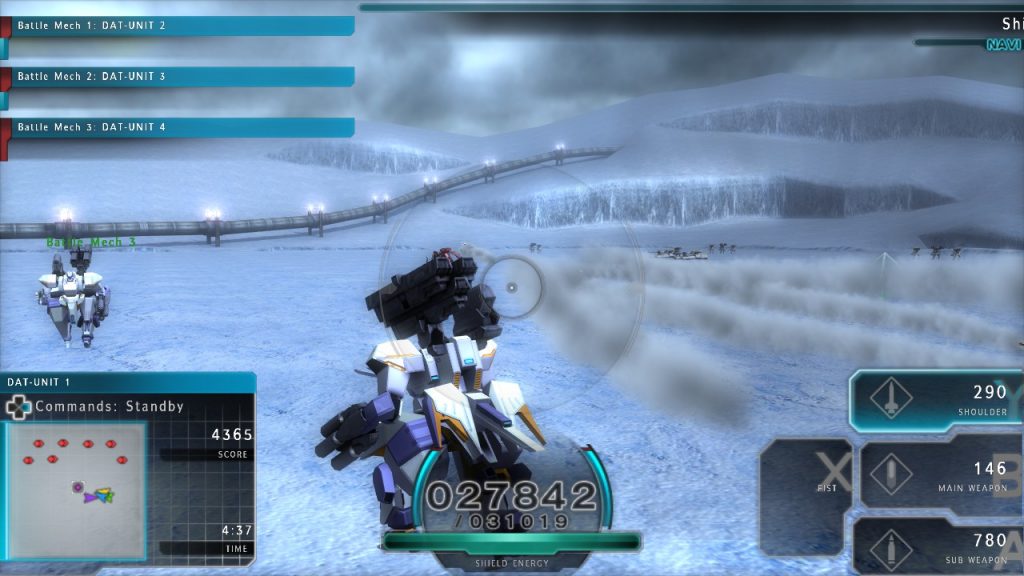 This is *some* missiles. In a missile bot heavy map? This becomes “Good luck seeing anything.”

And that’s Assault Gunners HD… It’s fairly accessible, but, at the same time, I found myself having a relatively easy time, even on hard difficulty, and it had failed to entertain. Which is a shame, because there’s the kernel of a good idea here, and god knows, I wouldn’t mind an Armoured Core style game on PC, considering the lack of Armoured Core on PC, but this, for me, just wasn’t it.

The Mad Welshman consoles himself with a ride through some giant stompy robot games of the past.