Source: Supporter Gift
Price: £6.99
Where To Get It: Steam

At first, I was, I’ll admit, a little confused over being asked to review TAROTICA VOO DOO, even as an advocate of old games, and the joy (and pain) of programming for older systems as a good thing to do. It’s not the friendliest of games. It’s not the easiest of games. It definitely has its flaws, and, even as someone who likes a lo-fi aesthetic, 2-bit “hand drawn” (read: Pixel doodles) wasn’t immediately endearing to me. 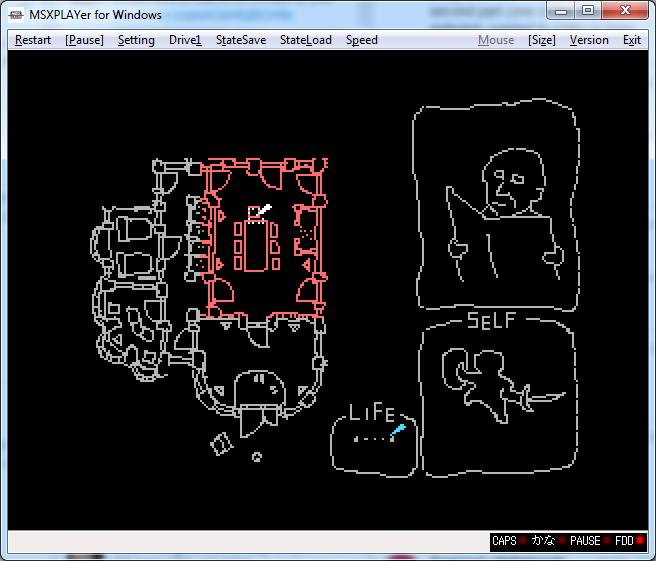 One of our three family members, completely ignoring us because dinner’s not on the table… Ohhhh, I hope a pla- ah wait, that’s exactly what I hope to prevent!

Tarotica Voo Doo is a somewhat surreal “Escape Room” game, in which you solve puzzles (Some of which spread over the entire house, like the Salamanders who light up rooms), in order to break into a family’s home, cook them dinner as an apology, and get them out of the house, all before a plane crashes into it. It’s also a game coded for the MSX. Not the MSX 2, or 3, or Turbo. The MSX, played via the official MSX emulator. So… A game coded for a 1980s platform, in 2018. Normally, very much my jam.

And, in terms of the technical wizardry behind it, it very much is. If you want some idea of the kind of crap people had to pull to code games for the MSX, the PDF attached to the game (hand written by the developer in both English and Japanese versions) is worth the price of the game alone, and explains the 2-bit aesthetic (It was the only way to get as many frames of animation as the game has.) 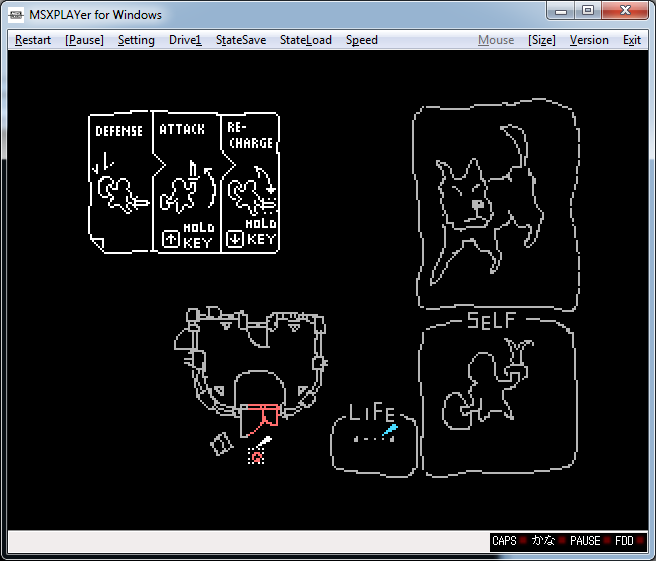 This poor dog’s only crime is that it’s holding the front door shut (somehow.) The zombies, skeletons, salamanders, and the like inside, on the other hand…

As to the game? Well, it mostly comes out middling. I like, for example, how four frames of animation are used to good effect in puzzles and combat alike, with the latter a sort of rhythm deal where you have to time pulling fully back (for defending) and forward (for attacking) carefully, with the only pressure being that failure means restarting the (short) fight. I like how smoothly the developer has papered over the cracks of a slow Video RAM, meaning that the experience doesn’t jerk or stutter, even in the short, equally 2-bit cutscenes. I like how its control scheme (arrow keys to move, space to start interacting with a highlighted object, up and down to interact with it, space again to leave that interaction) is simple, and similarly smooth. I’m not so fond, however, of some of the more house-spanning puzzles, like going back between various rooms and the basement, in order to release the salamanders that provide light for the torches… Or block them off. A few fights (such as with one of the aforementioned salamanders) are just a tadge counter-intuitive, and, as mentioned, despite liking lo-fi aesthetics, Tarotica Voo Doo’s didn’t really grab me.

Nonetheless, it’s not a bad couple of hours, even if it didn’t quite grab me, and, with the attached “CHRONICLES OF TAROTICA VOO DOO”, detailing how the program was built up, it’s an alright, actually retro game with a post-mortem dissection of how it was put together that’s well worth a look for 8-bit programming enthusiasts, or even folks who just want an idea of why pushing the limits of an older machine was hard as hell. 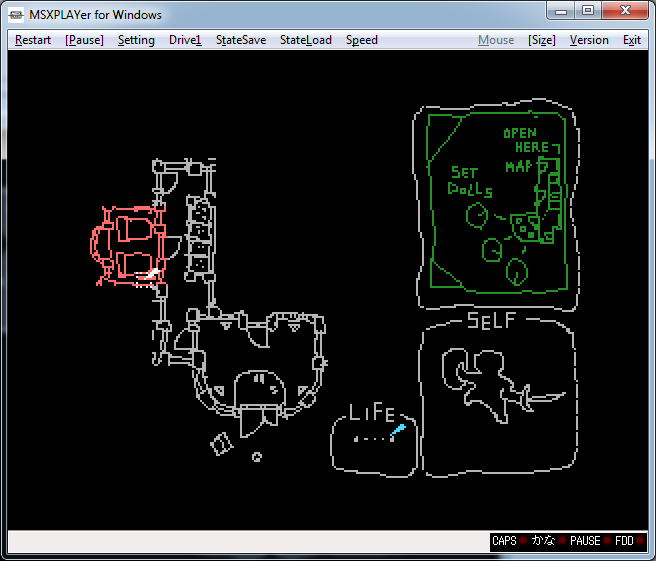 This puzzle’s explanation is one thing, practice another. Thankfully, with only four frames per statue, it’s easy enough to work out.

The Mad Welshman is heartened by the fact that, even today, people struggle with assembler. It puts his own struggles in perspective.