This game has been somewhat of a thorn in my side, reviewing wise. Because I’ve wanted to give it a fair shake. But it’s time to admit that The Technomancer and I just don’t get along. This isn’t to say that there aren’t elements of good design in there, but there are quite a few things that make this game Not For Me. So take this review with a larger than usual grain of salt.

It starts with a plot. Water is scarce on Mars, so there are gangs and mutants and corporations of varying evilness, and you are a member of one of those Special organisations who…

Okay, let me stop for a minute and bring up one of the tooltips. This is emblematic of why I’m not so keen on the Technomancer. 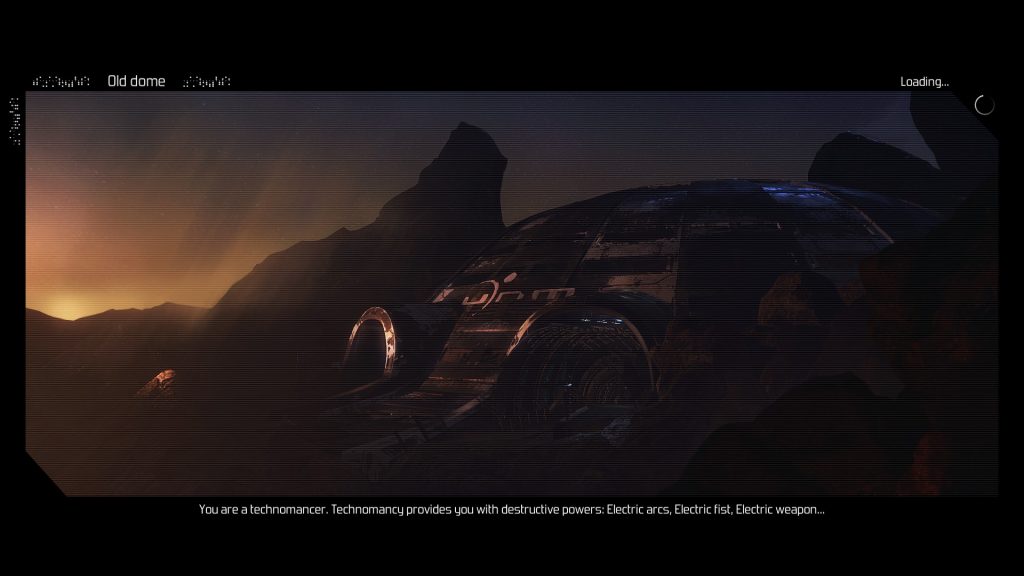 Electric, electric, electric… I feel like Billy Connolly at an opera. “I FUCKIN’ GEEET ITTT!” But of course, this is before the game has even started properly. Once it does, I’m in character generation, and I am Zachariah. I am always Zachariah. Zachariah can be dark of skin or pale, of many faces, but it’s always… Zachariah.

This, too, I understand. Sometimes, you want to write a plot with a very specific protag, and that’s Okay. It works for the Witcher. It works for Bayonetta. It’s worked for a lot of games. I even understand why he’s always voiced by the same person… Because VO is expensive. I’m down with that. 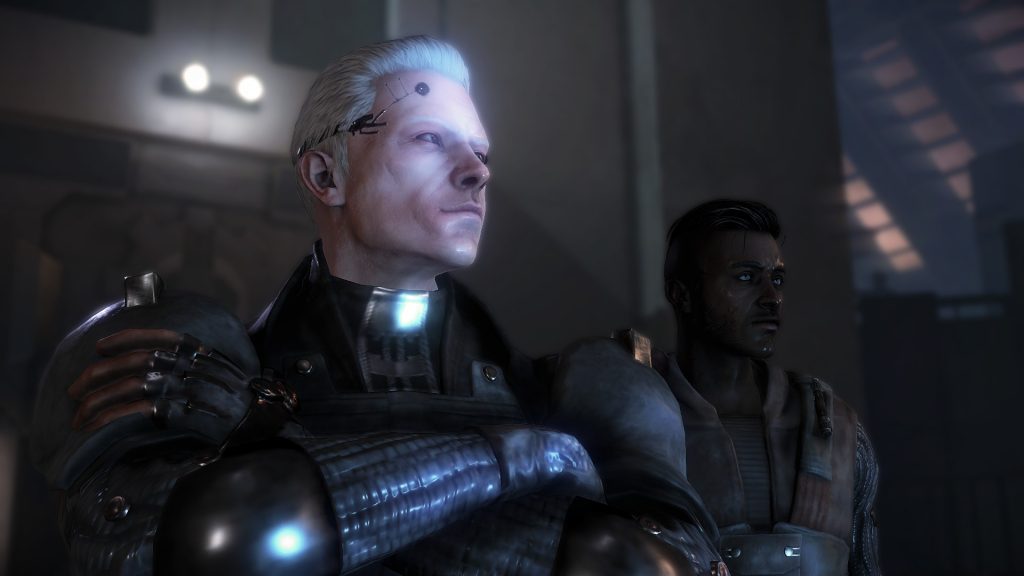 There’s a sense of uncanny valley about some of the voices compared to the animations.

I’m less down with the fact that, half an hour in, I have yet to leave the tutorial mission, I have made precisely one dialogue choice, and I have, so far, been the only person of colour (In character, anyway. In real life I have been described as “The Whitest of White Folks”) I have seen. It’s somewhat hard to tell in the tutorial mission, because everyone is wearing some kind of wrap or bucket or other concealing clothing (There’s a reason for that. Turns out, the sun on Mars turns people into Mutants. No, I don’t know either.) The world I’ve been pacing through, similarly, has been one note. It tells a story, but it’s a story I know because this is how this kind of story goes. Resource scarcity (Water, specifically) has led to a decline in population, and so lots of buildings out there are ruined. Also, Mars is not exactly known for the variety in its landscapes, as such.

Of course, this isn’t stated as such in the tutorial mission, beyond the reasoning behind the moral choice in this game (Kill for more resources, but leave the world lessened by it, or don’t kill, but deal nonlethally with things, despite the possibility that many of these people are themselves going to kill and Drain Serum, because you’re Good Like That.)

I’m mostly talking about the tutorial mission, by the way, because it’s emblematic, much like that splash screen. And the ending of the tutorial… Oh no, Technomancers are actually mutants (Who are second class citizens at best as it is), and their little hazing ritual base has been invaded by bugs from below, so… 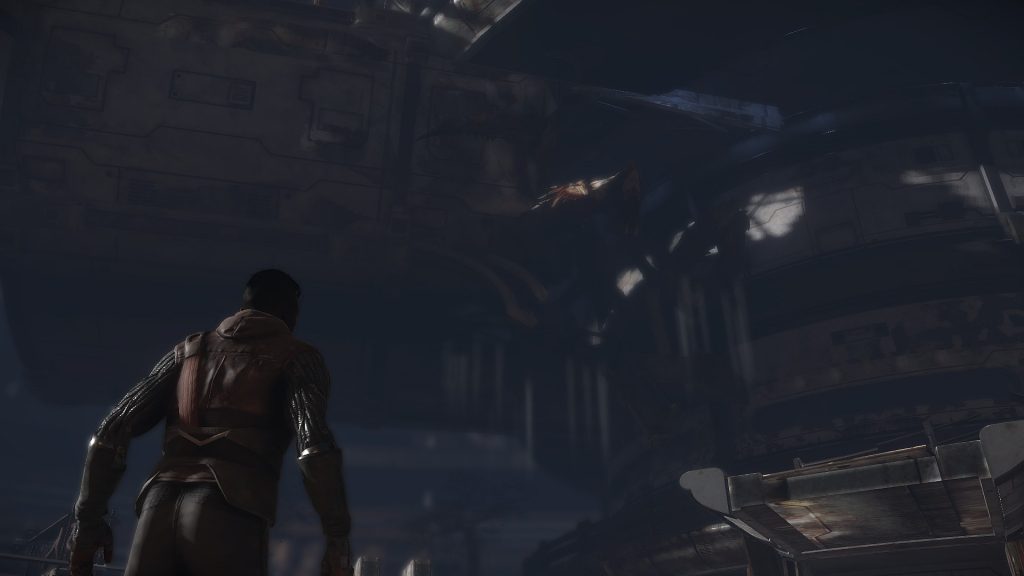 “Hudson, er… Zachariah!”
“Is this gonna be another Bug Hunt, Sir?”

…The moment I saw the End of Tutorial boss, I just sighed. Yep, it was a big bug. Yep, it had boodles of hit points, and an obvious, fleshy weakpoint. Yes, you could animation lock it. It’s… Predictable. It’s similarly predictable that it ends each “phase” by covering it’s weakpoint, trying to kill you with collision damage (often succeeding), and summoning its lil’ sandhopper brethren. Worst of all, I’d known this from the moment I saw a big circular arena and bugs. So… Good signposting, I guess?

And it doesn’t really get better. Combat nearly always involves multiple enemies, because if it was a single enemy, then you would attack a few times, dodge out of its attack, and repeat until it fell down… As such, it becomes a slog. The story involves the very same Big Secret you’re meant to keep getting out there, and now you’re the Rebels to the Martian Empire…

…It makes me so very tired. I wanted to give it a fair shake. But the game, to me, resists being played. And that’s often the worst thing for me to try and review.