Source: Cashmoneys
Price: £1.99 (£2.37 for the soundtrack, interactive soundtrack, and companion artbook too, or 79p each for each of these things.)
Where To Get It: Steam

I’ve seen a lot of comparisons with Reigns. Tinder: The Visual Novel (because swiping left or right is the main decision making mechanic.) Cards Against Royalty (because there are event cards, and horrible things can happen.) Long Live The King (Because, effectively, it’s a visual novel with a lot of bad ends, like Long Live The Queen.) But, while these do indeed illustrate aspects of this game by Nerial, it’s definitely its own thing. 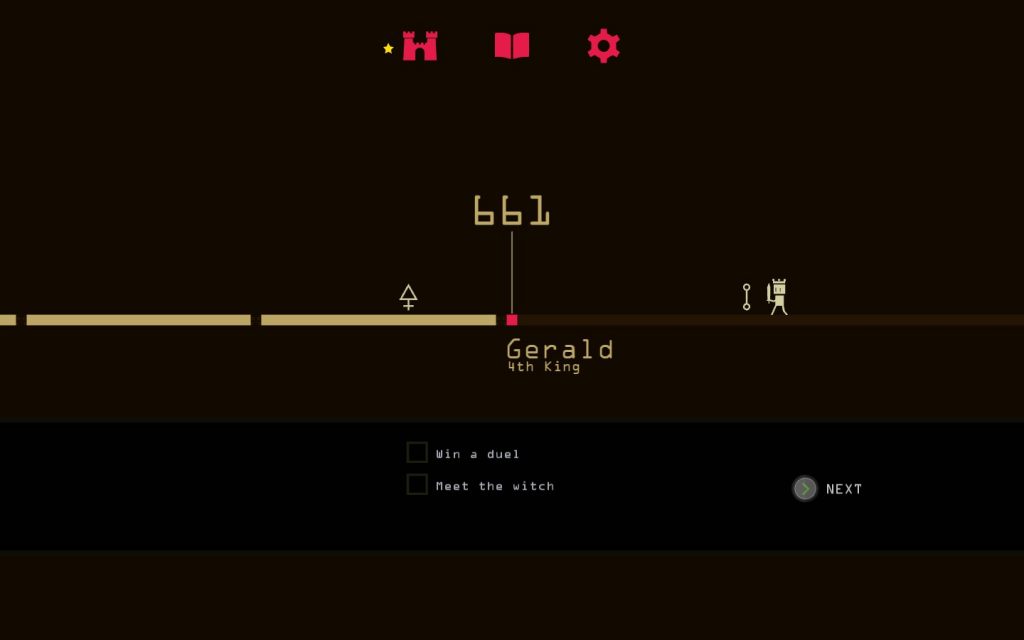 You could be seeing this a fair bit.

Essentially, you are a King. An archetypal King, for good or ill. One who’s made a deal with The Devil for an endless life. Of course, nobody specified that this life couldn’t involve reincarnation. So you’re stuck in a cycle of life and death, trying to find a way out of this curse. And you will die. It says a lot that the very first achievement in the game is “Survive for 5 years.”

Now, it should be mentioned that, just like your average visual novel, once you’re aware of events you can plan for them, and move toward the True Ending of the game. It should also be mentioned that, like a Visual Novel, it’s somewhat short (34 minutes in, I’d gone through seven kings and met just over a third of the cast. An hour in, and I’d been given An Important Clue.) But it’s a game where things genuinely get better as time goes by, and that “Gets Better” is around five minutes in. As part of the design. 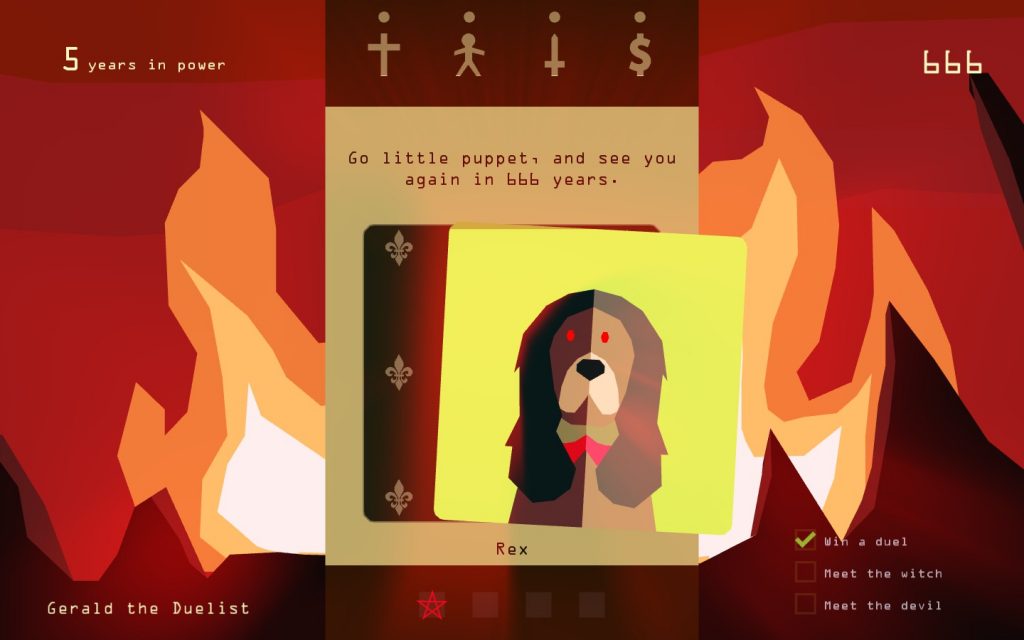 One of the people you meet. If you guessed they might not be helpful, win an imaginary cookie.

You see, as you progress down the lineage of kings (Harry the Doomed, Michael the Martyr… Y’know, just king stuff), you start to meet people who can help you in your long, slow battle against the devil. People who make your life easier… Mostly. I’m not even going to pretend that some of them are assholes that I won’t miss. And being a king, as it turns out, is somewhat difficult, because you have to balance things, and I really do mean balance. Run out of Papal Power, and the pagan hordes string you up. Give the church too much, and you find yourself declared a heretic. Similarly with the other three concerns (Population, Military Power, and, the thing The Mad Welshman keenly understands, Cashmoneys.) It also introduces new concepts at a reasonable rate, and so, the further in, the more interesting it gets.

In the name of balancing my own Review meter, it should also be noted that, once you understand what does what in an event, this is unlikely to change, although the spread of events does, narrowing at times, but generally expanding. So I now know that if I’m absolutely sure I want to stop my military from overthrowing me, I can send them to pacify the east… So long as that doesn’t max out anything else. The game even helps a little with this understanding, giving you little dots for a small change, and big dots for a big one (Although not everything you do has an immediate effect.) 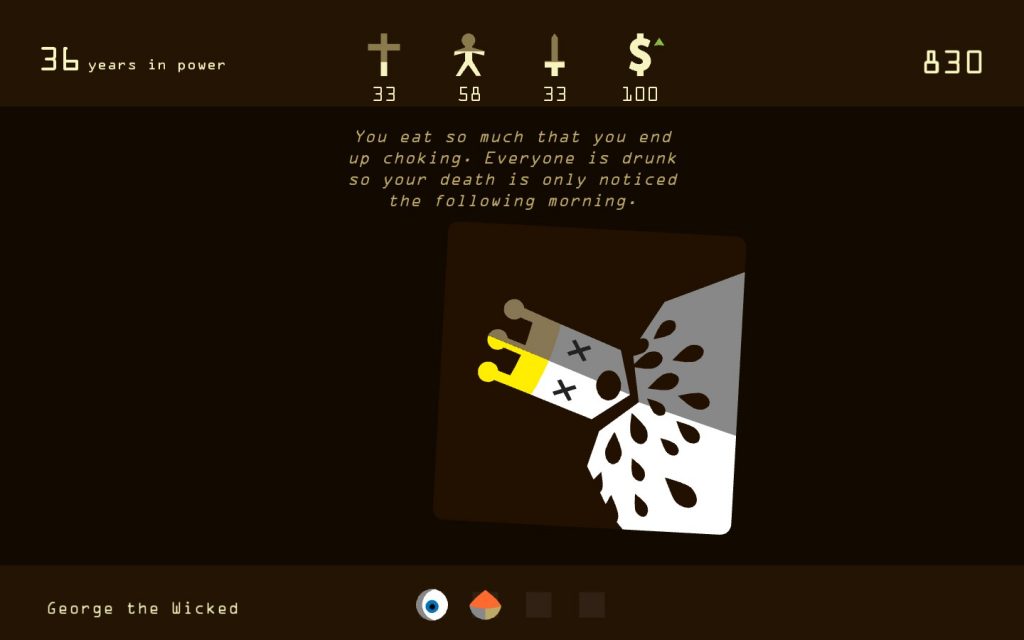 You partied so hard you died. Because you had all the money. Haha on you for being such a fiscally successful king! XP

The Mad Welshman has lived many lives. He’s even swiped in a couple of them. But this “swipe left/right” thing is a new definition for him.