The Slaughter: Act One (Review)

Source: Review Copy
Price: £5.99
Where To Get It: Steam, Official Site, Humble Store

The Slaughter is a potentially interesting adventure game, with some good writing, and puzzles that… Could have been put together better. It’s the first part in a trilogy involving Sydney Emerson, a private investigator who is investigating the death of his saviour from a savage beating. The Ripper may be involved. Dreams definitely are. But unless the puzzles are cleared up, I’m not terribly confident about its chances. Still, let’s talk nice things first. 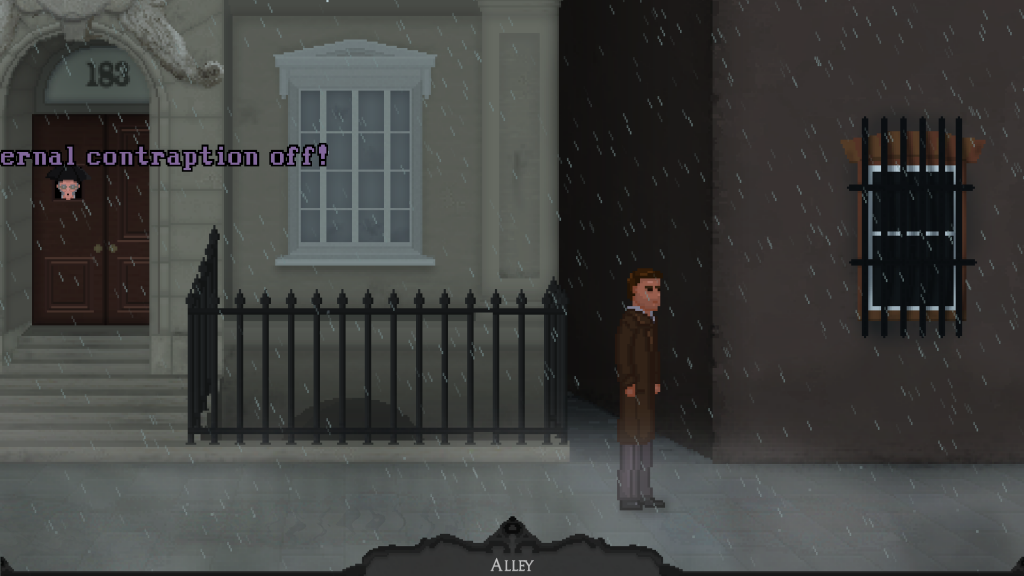 Pictured: Some Victorian hijinks. Oh, how they laughed as the poor doctor’s head swelled!

There is some pretty good dialogue in the game, such as wry commentary on the White Knight stereotype near the beginning, and some clever dream symbology. The music is at least fitting in mood, and I was near to tears as Sydney thanks his saviour post mortem (A prostitute whose murder kicks off the plot.) There are interesting characters. 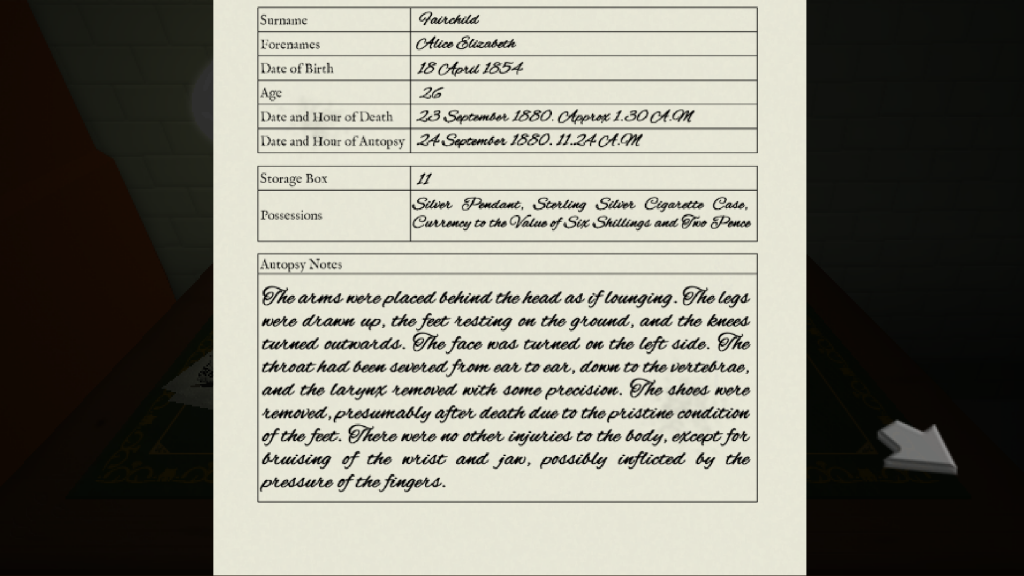 One of the few documents of the game, but nonetheless, an important one.

The game does end on an interesting note, but unfortunately, the example used here is just one of a variety that require the facility to read the developer’s mind, and I was forced to search for a walkthrough for quite a few portions of the third and final act. Especially as some triggers are a little finicky, requiring you to ask about obvious possessions, for example, before being able to ask for them as a prize in a minigame that’s… Equally finicky, albeit for a different reason (Due to the nature of the game in question, you often find yourself mousing over the Quit button more than you may, perhaps, wish.) 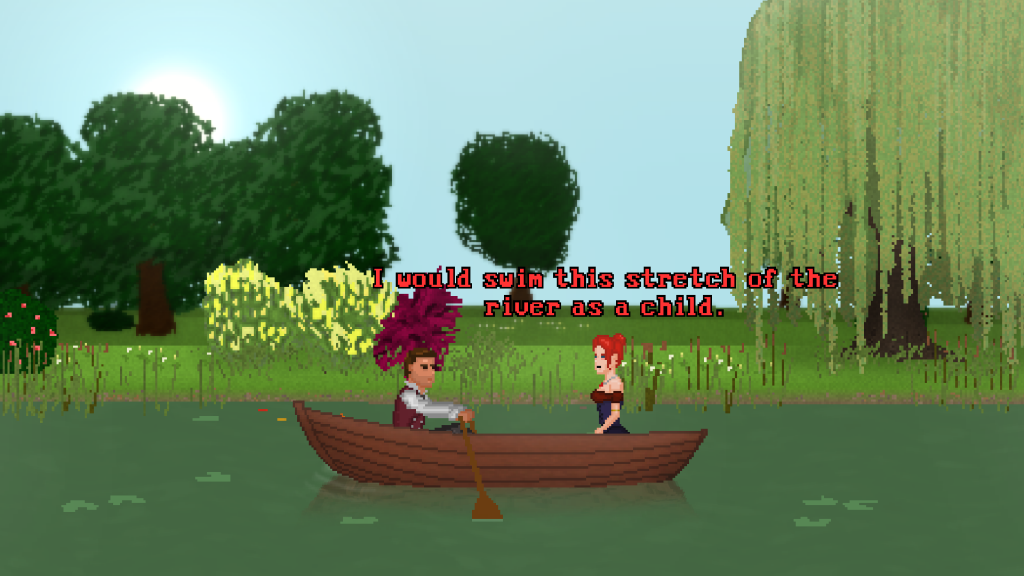 This is a dream situation. Which, unsurprisingly, means it’s a dream.

There is promise in The Slaughter, Act One… But to get there requires some leaps of logic, and I’m hoping that the second act, when it comes out, is less finicky and haphazard in the puzzle design. Sadly, I’m not a big fan, but if you’re willing to try it out for yourself, it may perhaps be a little more transparent to you.

The Mad Welshman slammed back a Black Russian as he adjusted his camisole. Dark times were afoot, and he needed to work out how to get home safely.