Source: Cashmoneys
Price: £29.99
Where To Get It: Steam (NB – Comes with the original 3 Master of Orion games)
Other Reviews: Release

This isn’t really going to be an article reviewing how much game there is. It’s pretty obvious, at this point, that while the game is playable, and victories can be achieved, it’s incomplete, and there is more to come, including balancing of units and the like. This is about another important question: Do NGD and Wargaming “get” Space Opera? 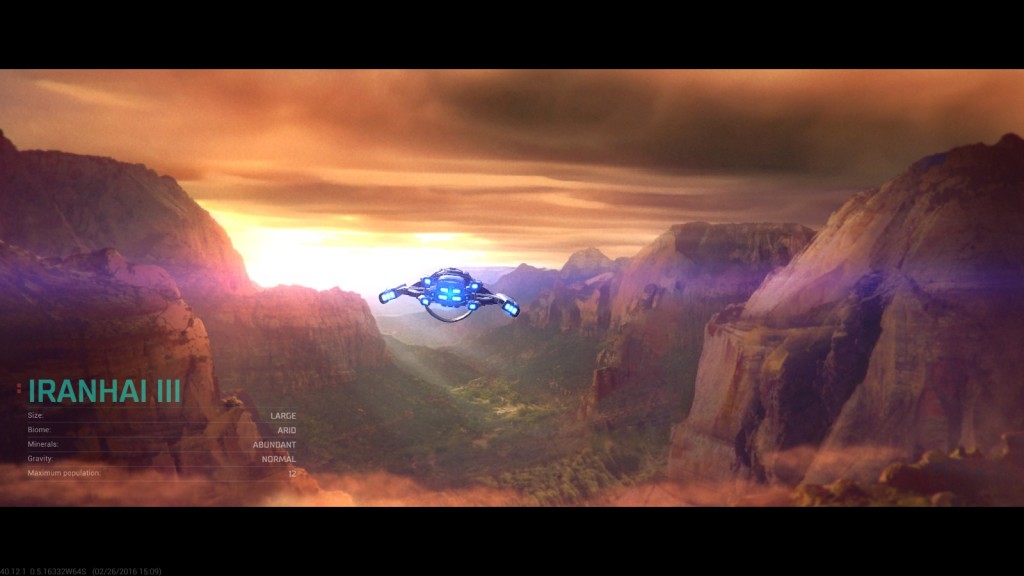 The planetary environments, while the same canned anims that you’d see in the original MoO, are gorgeous.

Judging by the tears leaking down my face from the opening theme, with its violins, choirs, harps, and wind instruments? It’s a good starting sign. And the game is already showing heaps of promise. Let’s start with the races. So far, every race is presented fairly neutrally. Nobody is unequivocally a “good” or “bad” race, from the proud Alkari, to… Okay, maybe the Mrrshan are a little dickish, what with the “They’ll sometimes even attack their allies for the fun of it.” For those who don’t know Master of Orion’s universe (First seen in 1996 with the titular game by Microprose), there are 10 races, 6 of which are available at this point in the Early Access: The psychic, four armed scientists, the Psilons; The preening birdfolk with elite piloting skills, the Alkari; The tough Space Bears of Nature, the Bulrathi; The ruthless matriarchal catfolk with a penchant for ground combat, the Mrrshan; the reptilian, quickly colonising Sakkra Brood… Oh, and Humans, who have, in Space Opera tradition, formed a Grand Republic. Somehow.

Well, that’s why they call it Space Opera, really… Grandiose in view, and not a little implausible at times. Nonetheless, aurally, it’s an almost constant, and pleasant assault on the senses, from the sweeping orchestral score that quickens the blood and sets the mood well, from combat to colonisation, to the smooth tones of the voice actors and actresses that make the star studded cast. Most are immediately recognisable, such as Michael Dorn (Narrator), John De Lancie (President of the Republic), and Kat Cressida (Mrrshan Empress), while others take a little more work to identify, but no less enjoyment, such as Nika Futterman (Mrrshan Advisor, and, once they’re in the game, Darlok Advisor), John Kassir (The Alkari Advisor, whose squawks, shrieks, and excitement slay me with laughter.) Visually, similarly, it’s all gloss, from the tight UI design (Minimal, but stylistically fitting) to the ships (Each having their own character, and some customisation options, such as 2 model styles per class, and several preset colour schemes.) 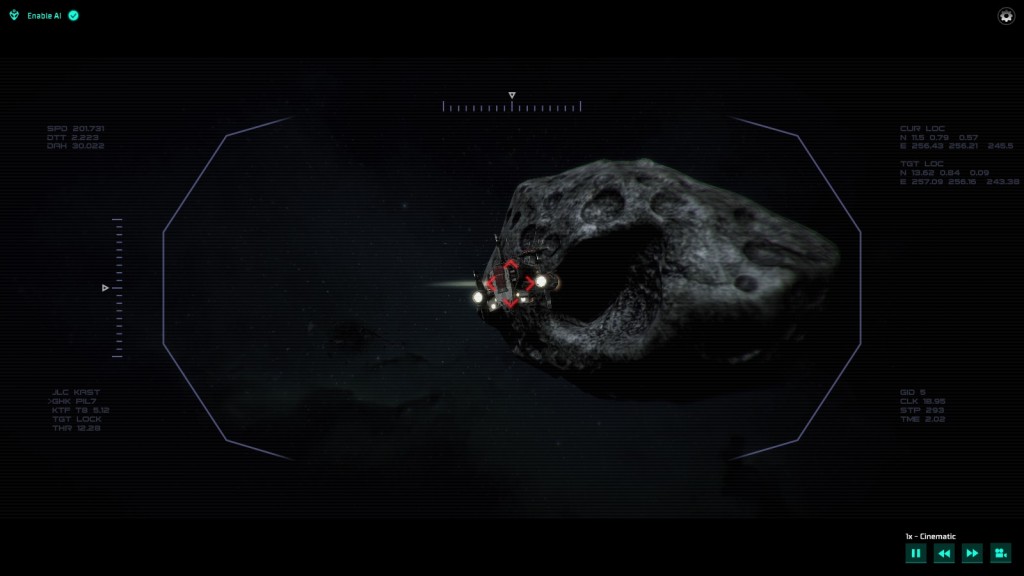 The last thing a Space Pirate is going to see in the Early Game: The Missile Lock Indicator.

It’s pretty clear it’s had a lot of cash spent on it. So how does it play? Well, it would be a disservice to say it plays exactly like the original Master of Orion, because there are definitely refinements, but many of these are subtle at the present time, and I don’t think we’ll see a whole lot of rocking the boat in terms of gameplay. It is, nonetheless, its own entity, with some changes to areas such as research (No more does every tech lock you out of something, for example), tactical combat (Which is now real time, although still, as far as I can tell, on a level plane. Also, you can get a rough estimate of how your chances are against a fleet or space creature), and pollution (Which, instead of being a Fact of Life, can now be reduced via the build menu.) There is also, because the game is still in development, a bunch of missing features (Such as Tech victories, Economic victories, four races, custom races, and miscellaneous bits and bobs like a full Volcanic Planet description) and the odd typo, but right now? The game is definitely playable, and, if you liked, say, Master of Orion 2, it’s an enjoyable play.

That isn’t to say there aren’t some things that don’t feel a little off to me. It’s important right now, for example, to make sure you hit the “Randomise seed” button for your galactic maps, unless you feel like playing the same map over and over again, some voice clips fail to play at times, and, to be brutally honest, I’m not overly fond of the Mrrshan, although their portrayal is consistent, and makes sense. No, I’m not particularly offended by Mrrshan Sideboob. I’m more annoyed that everyone else seems to be characterised more neutrally, including the Alkari, who are, as far as I recall, bigger assholes as a race. Psilons? Yeah, go out and study things! Bulrathi? Let’s Protect Nature (Any Way We Can)! Sakkra? We’re lookin’ out for our kids! Mrrshan? Yeaaahhhh, more shit to fight, fuck yes! If we don’t find anyone else, we’ll smack our allies around for the fun of it, yeaaaaahhh! 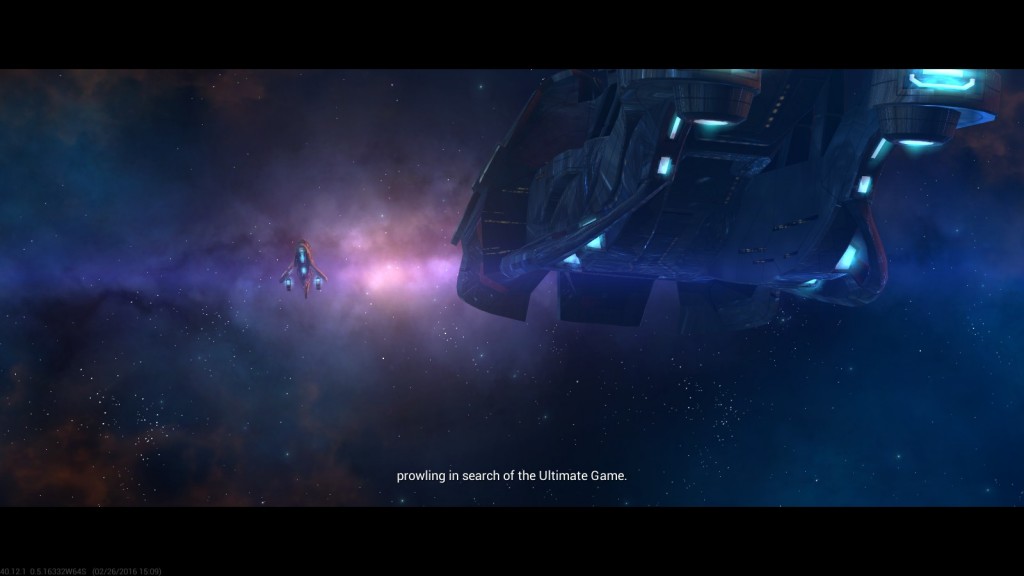 The Mrrshan have pretty ships, but are the least pretty faction, tonally.

However, aside from these few hiccups (One of which may well just be me), it’s early days yet, and to see polish and promise this early on makes me feel fairly confident that, even if Master of Orion doesn’t break new ground, it’s already got character, it’s got atmosphere, and if it continues to improve and refine, it’s going to do well.

The Mad Welshman grinned as he stared at the holovisor. GNN had voted him “Most Dashing Tyrant” for the second year running, and… The proximity alarms blared as he scrambled to the console. “Oh no… ALKARI!”