In a perfect universe, everything is easily understood, and if you then fuck it up, it’s your fault. Enter newtonian platformer Perfect Universe, a collection of games with the single theme of gravity. Also some nice shaders that make it look a bit like an ink drawing. 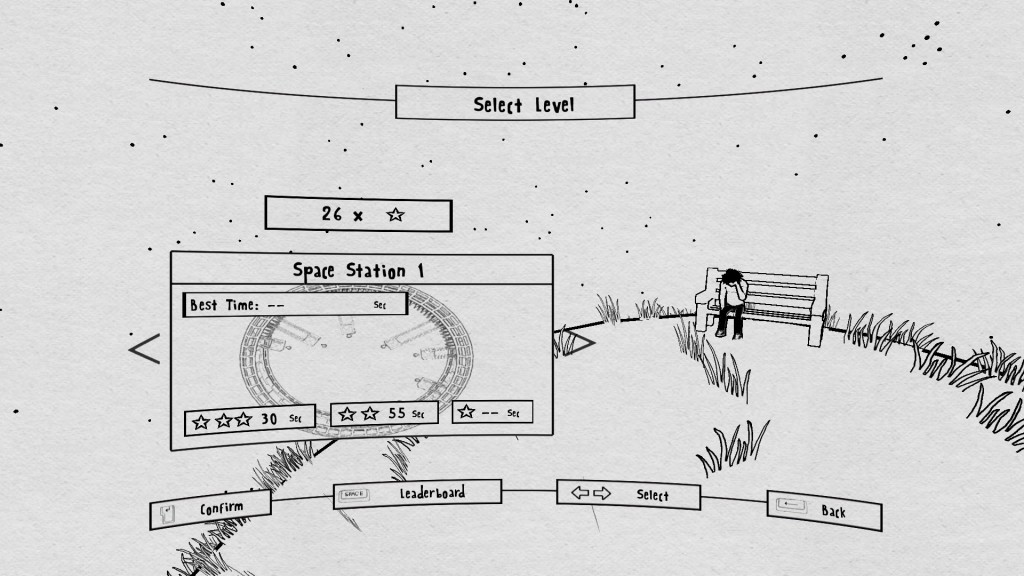 This man with no shirt is part of a Perfect Universe. Food for thought…

So let’s talk games. There are several games, three of which are available single player, 6 multiplayer. The SP games are all variants on “Collect the things, and do it quickly for maximum cheevoness”, while the MP games are things like Moon Golf (Warning, does not often contain moons), racing to collect balloons, and platformer Dodgeball. It’s at this point that you may be thinking “Oh, well that’s easy, and not worth my time!”

Let me tell you about Mister Legs. Mister Legs laughs at your bravado, knowing it to be ultimately foolish. He waits, eyes wide, because he knows that you will forget that his legs can stick to things, or that he jumps better, so much better, when his legs are firmly planted on terra firma. He may not be a rocket, or a gliding bearded man, but he will make you scream, as you stick his leg to a surface just a little too low, a little too late, and you have to do a segment all… Over… Again. He will not sigh, he will not laugh. For he knows it is a Perfect Universe, and thus, it’s your fault. 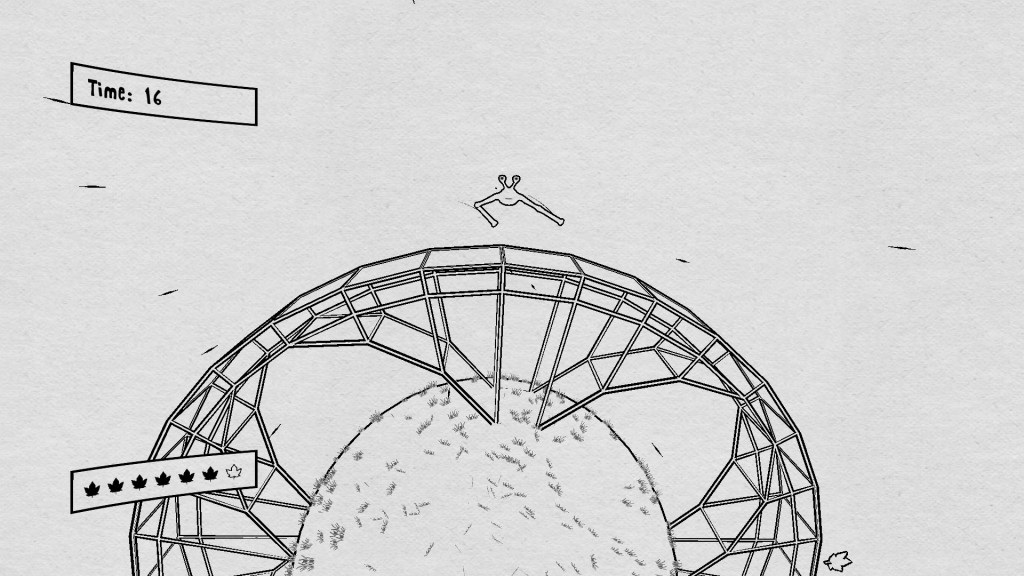 Mister Legs, implacable avatar of a Perfect Universe. He has sticky and independently moving feet.

Indeed, each game has its own tricks and traps, and the main one is actually kind of clever: Gravity, in this Perfect Universe, is based on the objects in the world. And this allows for some pretty cool perspective and control tricks. Take Space Station 1, for example. Looks simple, doesn’t it? Go around, jump on platforms, avoid spikes. Just hold ri- Oh, yes, when you’re moving up a surface, up is right. This, combined with the fact that gravity is toward the outer surface of the level (IE – The spikes covering most of it) makes it more of a test of skill than it appears. And, since the rules are easily understandable, and explained early in the game… It really is a test of skill.

If I could reduce the game to a single world, it would be “Minimalist.” The controls are simple (although sometimes oddly placed on the keyboard, such as Enter for jump), the music is low key, mostly piano and some piano synth, and most of the sound is in the background… Apart from the flare of thrusters on the rocket game modes, and the grunts of the half naked beardy man of the main mode. It kind of impresses me how much Will Sykes Games is doing with so little: Perspective tricks, control tricks… For something with simple rules, it’s somewhat hard to sum up. 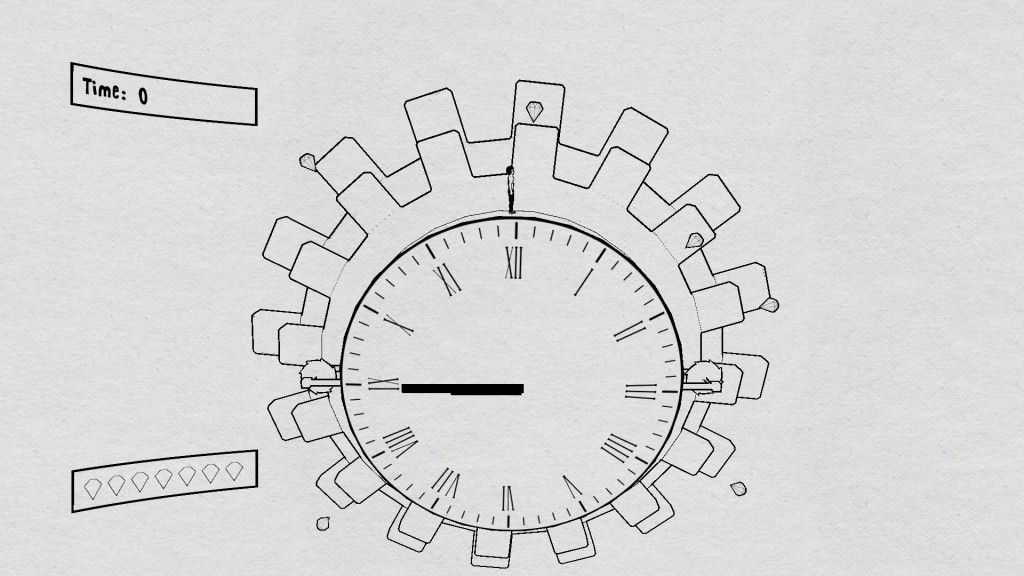 There’s more than just these two, of course. Rockets. Golf. Balloons. But I wanted to show off this clock, because it’s pretty cool.

I honestly don’t have many gripes about this game, mainly with the single, somewhat lackluster death animation, the fact that some menus are still usable while they’re slowly fading out after you press Quit, the key binds sometimes tripping me up (Only sometimes, though), and some of the game modes not really feeling that appealing to me (I’m not a big fan of the rocket games, but that’s mainly because inertia is a big consideration with those), and, for its price? It’s a perfectly reasonable game, with mostly reasonable challenges based more around doing it better than having to do it perfectly for most of the game, some fun co-op modes, and some cool visual designs. Worth a look if you like simple games that become complex due to the combination of simple rules, rather than through adding complexity to the rules themselves.

The Mad Welshman looked over the endless void, and remembered the old truism: Stare ye not too long into Mr. Legs, for while you stare, Mr. Legs stares also into you. He shivered, then jumped to the next moonlet: Shirtless, bearded, and proud.