The Signal From Tölva (Review)

Source: Cashmoneys
Price: £14.99
Where To Get It: Humble Store, Steam, GOG 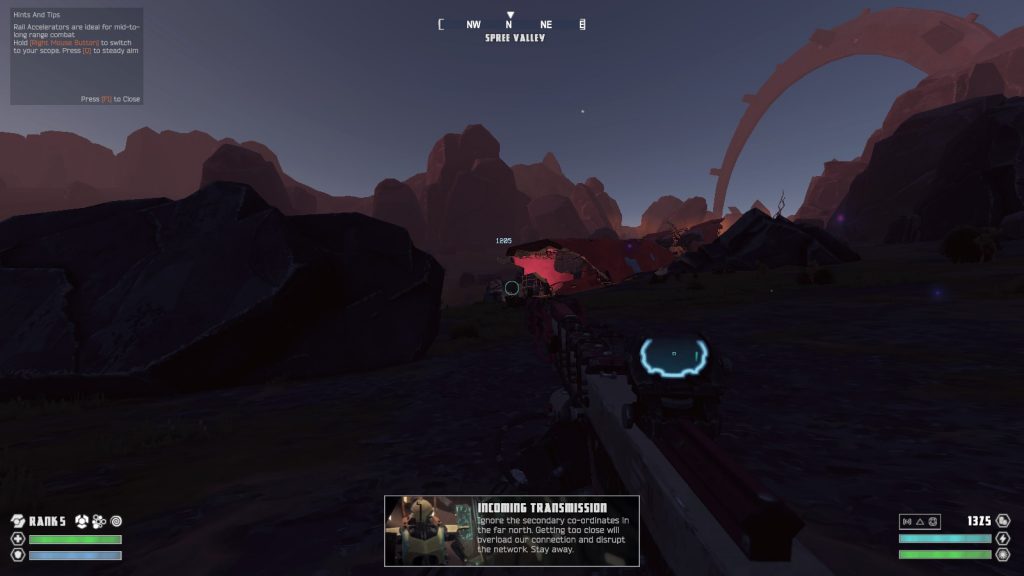 Night doesn’t screw around, and nor do the enemies throughout the game.

So it is with The Signal From Tölva, the latest offering from Big Robot games. A game where you may die a lot, but hey, it’s the journey, not the destination or the cycle that counts. So let’s talk about that.

The Signal From Tölva is a space opera first person game (Which happens to have a lot of shooting) in a setting where machine intelligences grew from humanity, grew away from humanity, and finally kicked humanity to the kerb when humanity objected. They then splintered, because they were designed by humans, even down to that tribalist instinct. This is the story of one of those factions, the Surveyors, who wanted to find an intelligence more ancient than they were, and find their search leading them to a small world called Tölva, owned by the Cathedral, aka the Zealots… Who worship the planet and happen not to like visitors.

The game is tightly designed, with minimal mechanical complexity, and every tool used. You start as a drone in one corner of the map, explore, try to collect datacubes, and kick out anything that objects to your presence with guns and other drones. If you happen to die, well, no problem, you just download your constantly backed-up intelligence to another drone, somewhere you control, and awaaaaaay you go again! 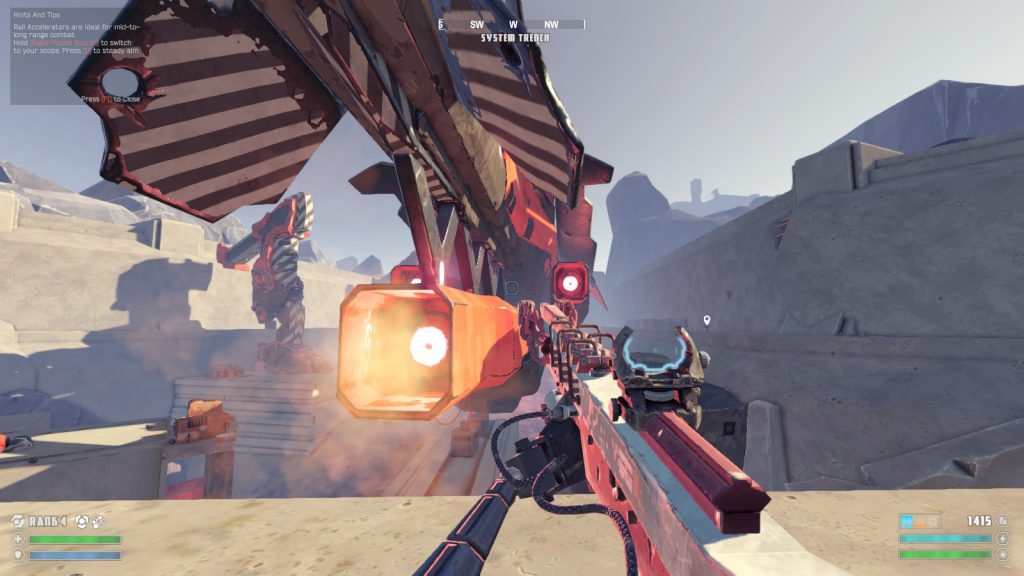 The ship and robot designs are wonderful, but equally wonderful is the *scale* . You are a very small cog indeed, my friend.

It’s also a subtle game, in many respects. The information dripfeeds hints at the history, but equally, so do the many wrecks, occasional weird sights, and more common weird Sites hint at a world that has not only seen a lot of destruction and cosmic horror in its time, but also held a civilisation that somehow had power over space-time on a local level, and it’s only the sight of your own bigass technology and technical immortality that makes you think “Yeah, we can handle this.” Visually, a lot of the designs remind me of Chris Foss’s classic science fiction artwork, and the sound design only occasionally tries to get musical at you, even then in the most ambient manner. It’s good stuff, and I kept coming back, “one more hour”, to unravel the eerie mystery that is Tölva.

And then I triggered the endgame a bit early. You see, there’s also things going on under the hood, and one of them is that the enemy factions scale with you… But one of the other things is that, once you’ve got the means to reach the final sites, the final missions… It’s tough, folks. The Zealots get more defensive, and you will want to be on top of your game before getting there. 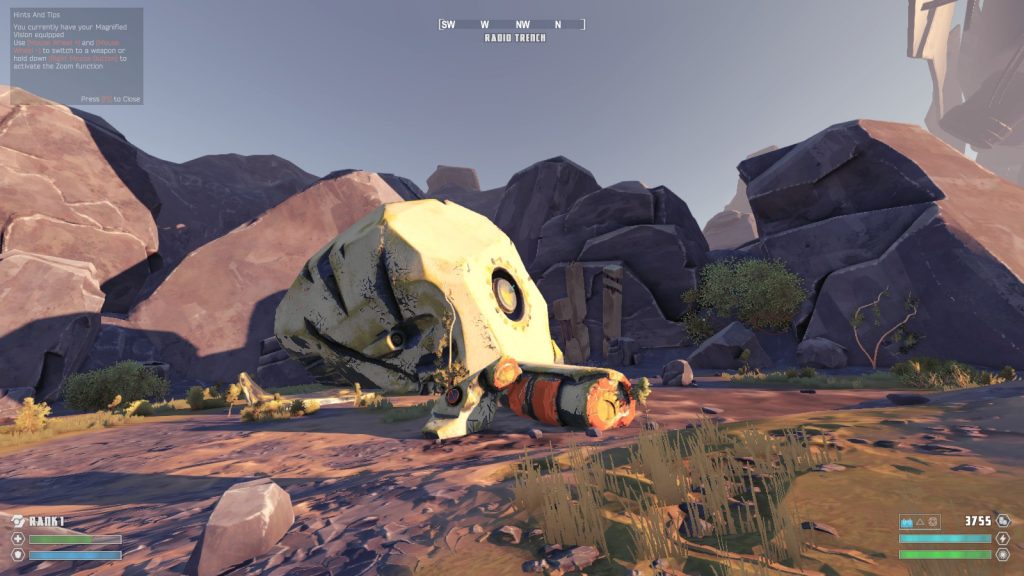 …And not only are you a small cog, you certainly haven’t been the first machine intelligence to try deciphering the mystery.

In summary, The Signal from Tölva is a mostly enjoyable, only occasionally stressful, and interesting journey right up until the very end, and then it becomes… A bit more stressful. Not a whole lot more stressful, but you’re definitely dying and redownloading more. Sniff the robotic flowers as much as you can, because, if you like first person exploration and/or shooting games, then it’s well worth a go. It helps that the game comes with a cool and interesting lorebook, helping expand the universe without giving too much away. The cosmic horror aspect of it is subtle, eerie, and well done, and I could definitely recommend this to folks.

The Mad Welshman likes the robot flowers. There’s just that hint of ozone to them that makes his circuits run elegant algorithms.