In a somewhat different state of affairs than is usual for reviewing, let’s get the bad out in the first paragraph of this review: Bomb Squad Academy doesn’t currently have good windowed mode support, or a volume slider.

Bam. Thank you, Systemic Games, for making that part of my job so pleasant. 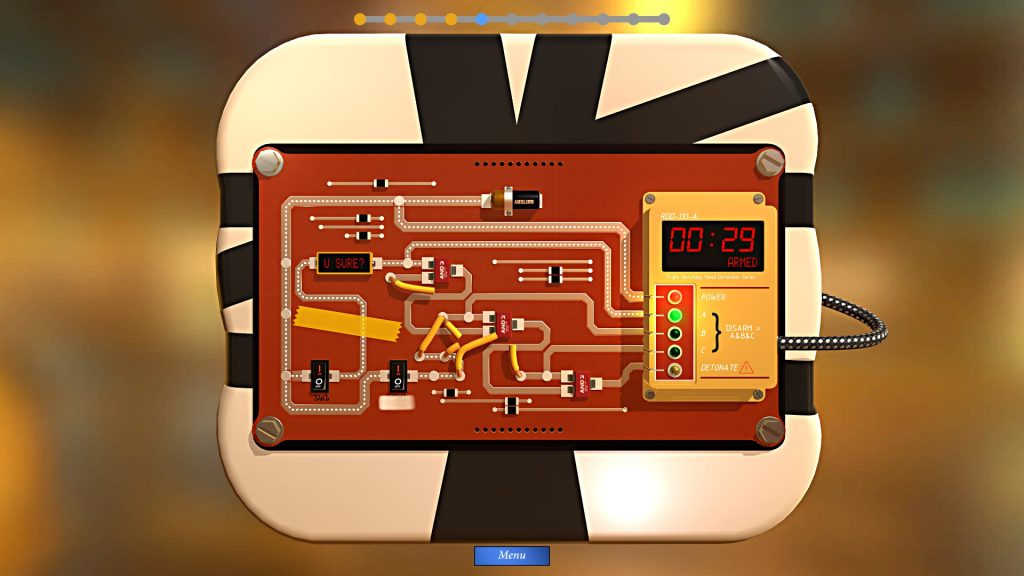 Cue They Might Be Giants playing “Now I Know” in the background.

Bomb Squad Academy is, in essence, a game about basic electronics and electronic logic, under the guise of possibly the nicest fictional bomb defusal school I’ve ever come across. The final bomb for the second actual puzzle category (Including the dreaded OR gate) has little LED displays connected to the correct defusing options that read, on completion, “CONGRATS YOU ARE LEGEND.” The instructor encourages you to experiment, and is even occasionally seen to be trying positivity when you screw up, the screen goes white, and presumably you are small meaty chunks. “Well, you might not need that arm!”

Thanks, bomb instructor. Thanks a bunch for being understanding, and giving me a second chance in this educational setting. No, really! In any case, the game is very simple to control. Left click interacts with things. That’s it. Wires get cut. Buttons are pushed (and sometimes held down), switches get flicked or rotated… And through it all, I get to relearn the things I learned in Secondary School Electronics (that’s High School, to non-Europeans), such as the behaviour of logic gates (AND, OR, XOR, and the like), capacitors, switches and buzzers, in carefully planned puzzles that never feel overwhelming. 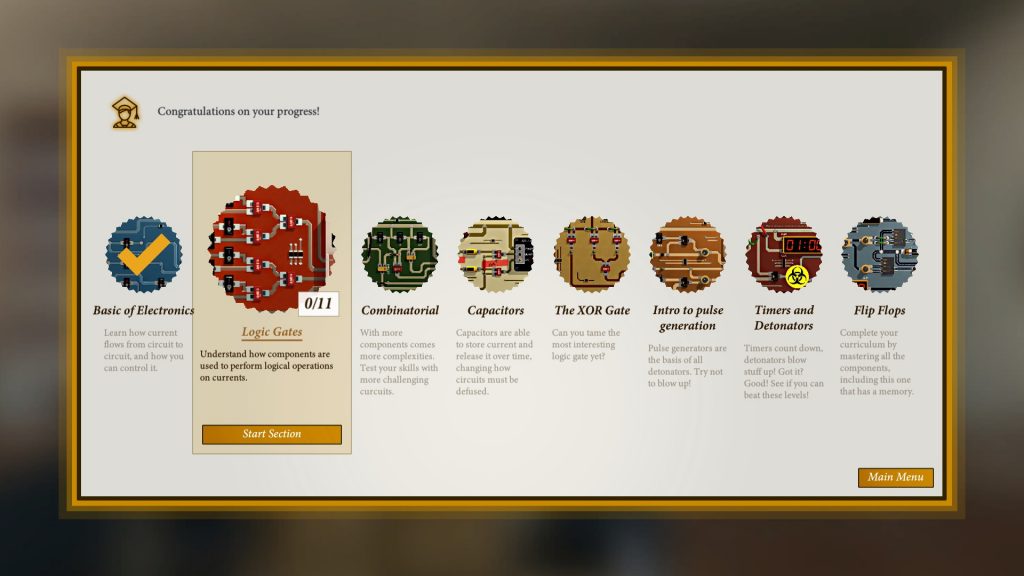 Each category is explained quite well, with good tutorialisation that means you never feel *overwhelmed* . Only tense.

Tense? Yes. The time limit is real, and sometimes it can be tight… But, much like real and good instruction, it’s at a pace you’re fairly certain you can handle. Concepts are introduced, then tested, and those tests slowly increase in complexity, bringing older elements in, and, since everything is visually clear, you’re never overwhelmed… Just occasionally pushed into not noticing things. Like how cutting that wire probably wasn’t the good idea you thought it was, or how you failed to account for that one AND gate.

But it’s okay. The instructor understands, and so, the fun is preserved, and you feel pretty smart when you look, trace around, mutter a bit, and, with less than thirty seconds on the clock, push a few buttons, cut a single wire, and flick a dial just so to defuse the bomb. Complete with a triumphant tune.

Simple. Elegant. And with a difficulty curve smooth as butter, rising just so for enjoyment with the occasional shock. Definitely recommended for puzzle fans, and folks looking for an entry level puzzle game. 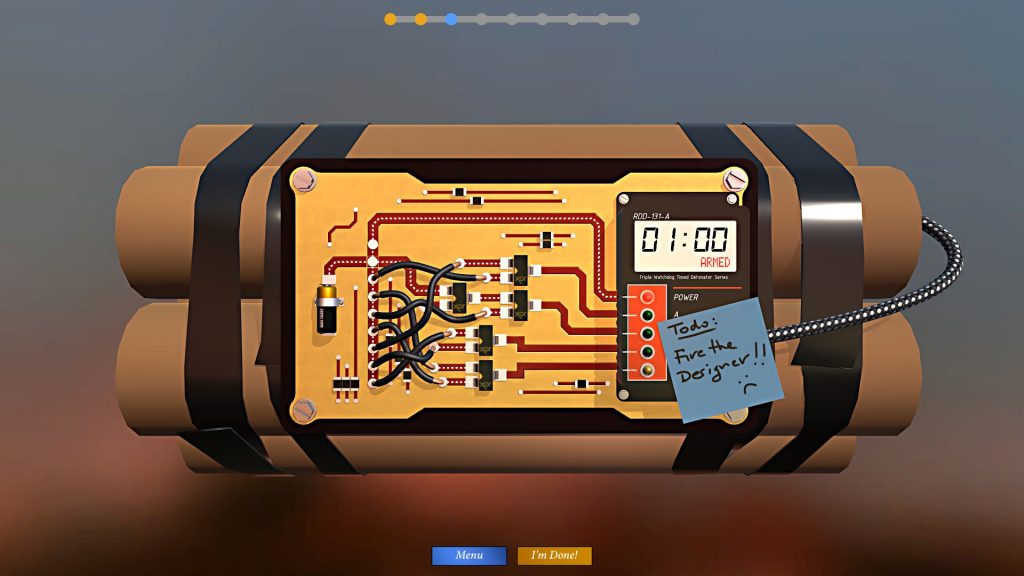 Many bombs in the game *look* complex… Until you see what’s going on. Take a breath. You’ve still got a minute to cut some wires, it’s all good.

The Mad Welshman is looking forward to the possibility of a circuit editor in this game’s future (No promises.) After all, it appeals to his villainous side more than the defusal of bombs.