The Hive Continues (Master of Orion)

Last week, the update I had been waiting for arrived for Master of Orion. Not updating AI. Not a balancing patch. Just bugs.

…Okay, firstly, that sentence sort of needs context. And secondly, robots and bad humans too. Specifically, the bugs are the Klackon, one of the beloved original races from the game, the robots are the Meklar, another series staple, and the bad humans, the Terran Khanate, are welcomed not only for their voice talent (Robert Englund, the face and voice behind Freddy Krueger, as the Khan; Sumalee Montano, the voice of Arcee, as his adjutant. Both add their years of acting experience to a game already chock full of Big Names), but a bit more tonal balance, and a possible subtle nod to the story within the original games. You see, the Orion Sector is, if the backstory is preserved, an experiment. And the varying alien races are the bacteria on the petri dish. And a common element in Space Opera is… Humans transplanted to other places, to evolve independently. Along with other races (For example, did you know the Darlok and Sakkra are technically related? Well, now you do!) 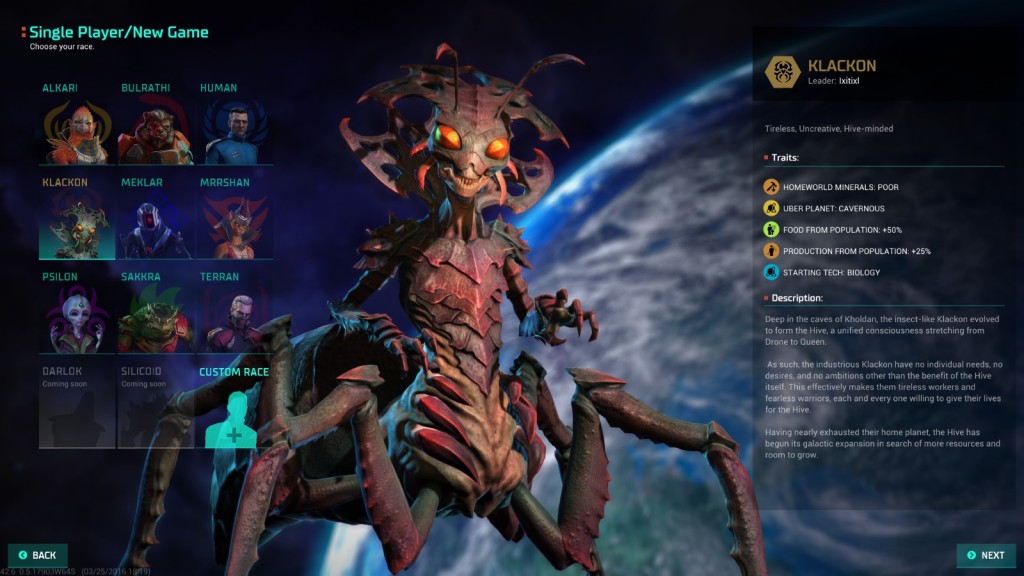 Surprising nobody, the Klackon are not Good People. They don’t think like us, quite literally, and that creates a race that is, by our standards, automatically “Evil.” They don’t care about individual Klackon, except in terms of a loss of resources. They seem more human for a variety of reasons (Including, I suspect, the need to give a “human” face to all the factions, in terms of player experience), but, like the Meklar, have a different enough mindset that even the beginning narration has to acknowledge that their core priorities are inimical to everything in their way (Spread The Hive and Optimise The Universe, respectively.) Both the Meklar and the Klackon, it seems, are perfect for a game of MoO, which has the “problem” (if you see it that way) of an endgame where nearly any goal becomes possible once you’ve hit a certain point (Making the concept of end goals more a personal preference than anything else.)

But I just like the bugs more. Not only out of nostalgia (They were my first win in both of the first two Master of Orion games), but because I’m not so hot on the OS Memery that spews forth from the Meklar advisor (Your mileage may vary there, obviously.)

One of the things that some folks see as a problem is that the early game and end game for Master of Orion are very similar. You always start on the same kind of worlds (Terran Abundant, for the majority of races), and you often end with a massive superiority, and the universe before you. But it’s often the fun you have crafting your own narrative around this that helps. And with the Klackon, that’s nice and easy.

The Hive starts small. Confined. It longs for the stars, but the resources are not yet there. So it reaches, steadily. Small steps. This time, this Orion Sector, it gets a bit of luck. There are worlds nearby, and it isn’t bothered by anything except small fleets of Space Pirates, the flotsam of the universe as it expands. 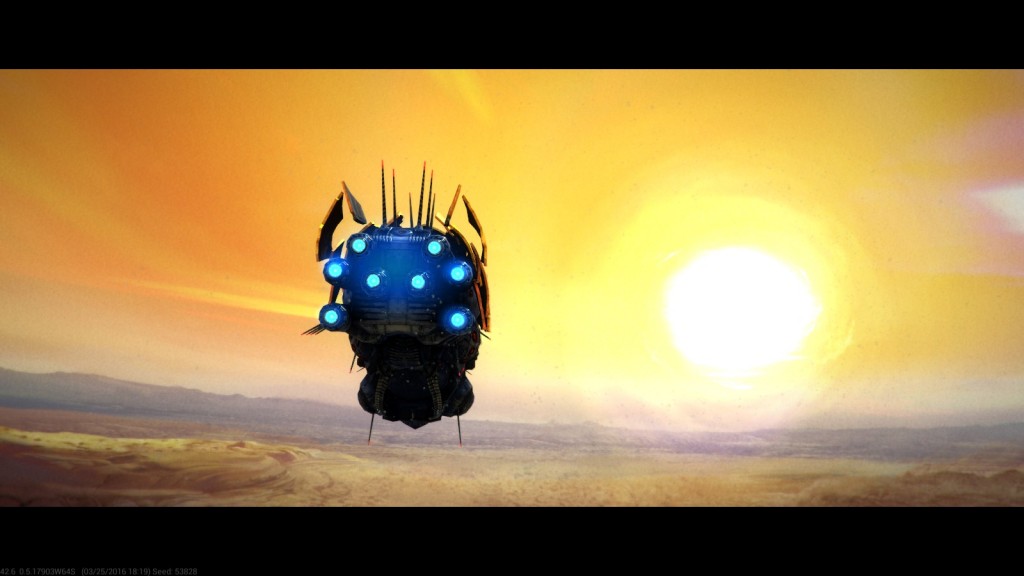 …By the mid to late game, even worlds inimical to all life are open to The Hive.

While weaker than other races militarily, The Hive still has enough materiel to consume flotsam. And so it grows. It reaches three systems before an element of the Not-Hive is encountered. The Human Republic. Quickly, communication is established, and it is decided that eliminating the Not-Hive is a waste of resources. Gestures are made, using a tool of communication: The Embassy, where the Not-Hive is presented with The Hive’s action, in a manner the Not-Hive understands.

Meanwhile, expansion continues. Worlds produce until pollution becomes an impediment to production, and then The Hive focuses on curing the pollution. In short order, a fleet of ships to collectively defend The Hive is created. It is, for now, limited, again by resources, but as resources improve, and tools are discovered, they are quickly added to The Hive.

A world is protected by a lifeform that is dangerous to The Hive, but the system is valuable. The Hive waits. It deals with the threat when force is overwhelming, and quickly colonises the system. By this time, The Hive’s defense fleet is larger and more powerful than all but one Not-Hive being.

The Orion System holds that Not-Hive. Nothing else. 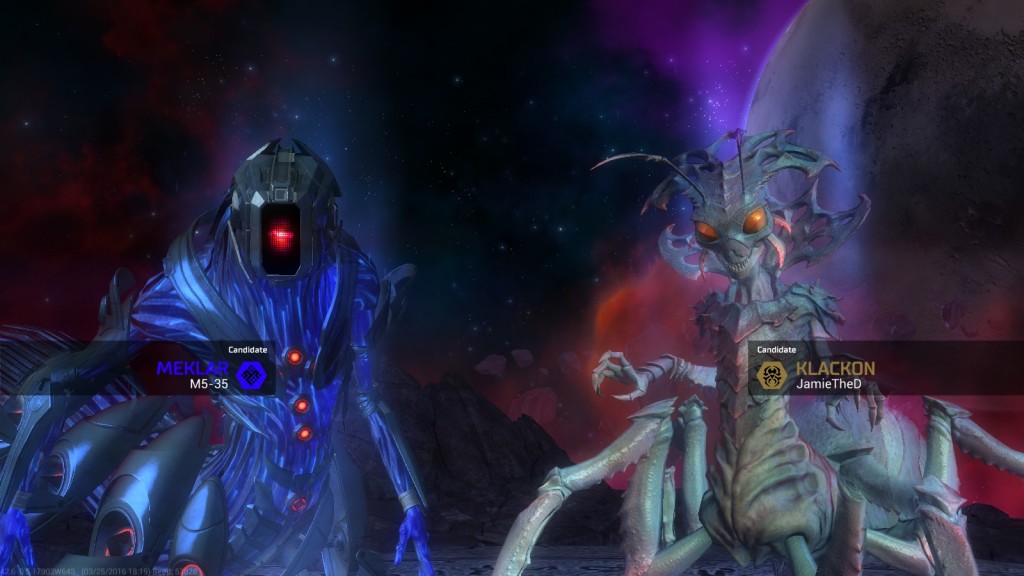 The two most successful life forms in the Orion Sector.

As time goes by, The Hive is improved. The Not-Hive also improves, and soon, there is something else. Something Almost-Hive. The only difference is that it is mechanical, electronic, and not made of plasm and living cells. It is more populous, and is the only direct competitor to The Hive. 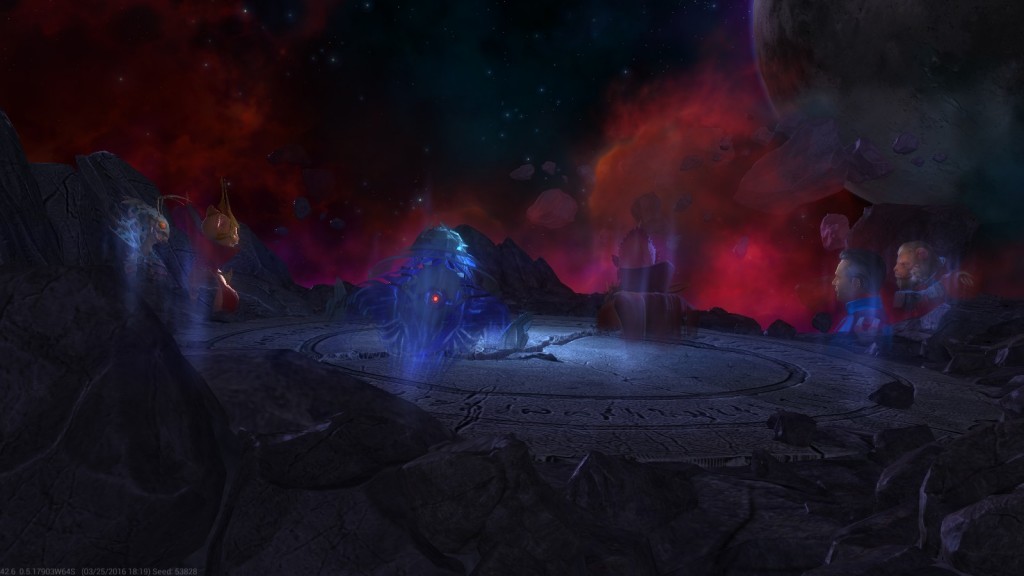 At points, it even surpasses The Hive. The Hive knows this is a temporary state. Meanwhile, the Not-Hive connect to each other, connect their worlds, in much the same way The Hive does. In a way, they are becoming like The Hive.

The Hive is not amused, or bemused. The Hive knows that this is inevitable. However, all is not well in The Hive, as The Hive has discovered that there is now a Greater Hive: The Galactic Council. It is a strange Hive, a Hive that is Not-Hive, but can be led by those who both have the greatest numbers, and who talk most efficiently to the Not-Hive. 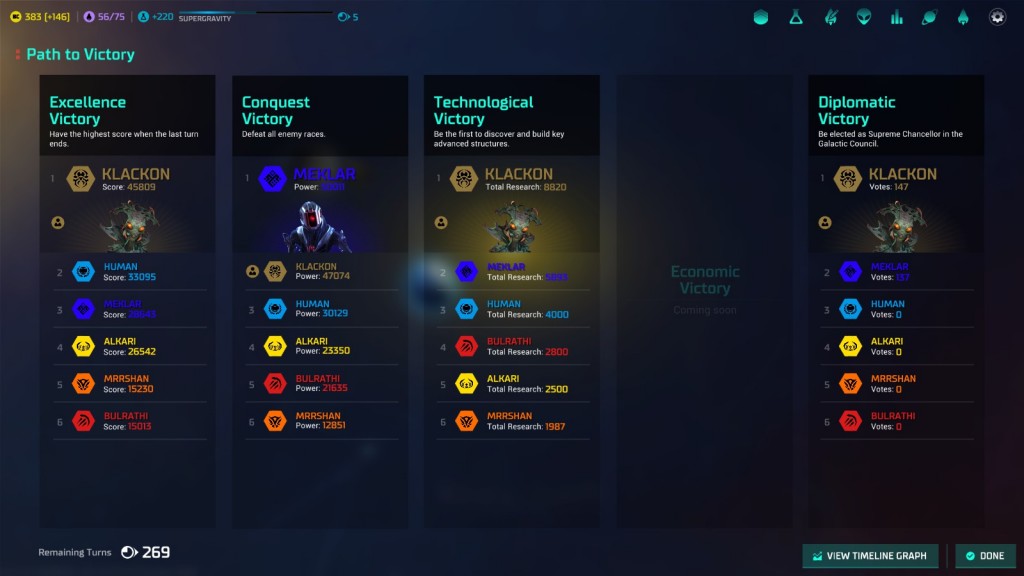 The Almost-Hive, just a few solar cycles after this, loses ground in materiel, and gains it in Greater Hive Currency (Votes)

The Hive does not react when it finds its grip on this Greater Hive slipping to the Almost-Hive, these… Meklar. It merely notes that it has the resources for a goal that will allow it to thrive by another means: The destruction of the Orion Guardian, and the consumption of its technology, still beyond The Hive’s resources to achieve. 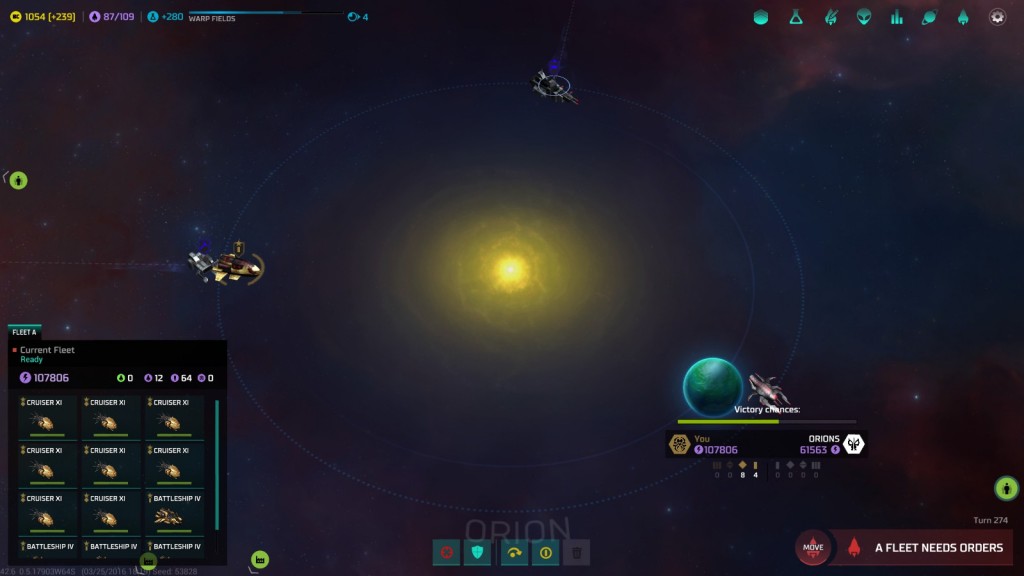 The battle is hard, and tools of The Hive are lost. But tools can be regained. The Guardian does not have that luxury.

The Hive continues, as it always has. And always will.

This, in essence, remains the strength of a good 4X: That you can tell a story, with only a little nudging. What I just related to you was me basically steamrolling the AI as the Klackon. Said like that, it’s somewhat dull. But the story can be changed. Perhaps to the story of The Human Republic’s quest for Unification, where All Are Friends. The Terran Khanate’s rise to dominance over the Lesser Species. The Mrrshan’s rise to the title of Ultimate Hunter.