The Syberia series has always been interesting to me, with a charming alternate world, interesting art direction, and some haunting melodies. You may think this is a prelude to a positive review. Alas, it is mainly an informative review, because Syberia 3 is an example of how certain design choices should, perhaps, stay in the past. 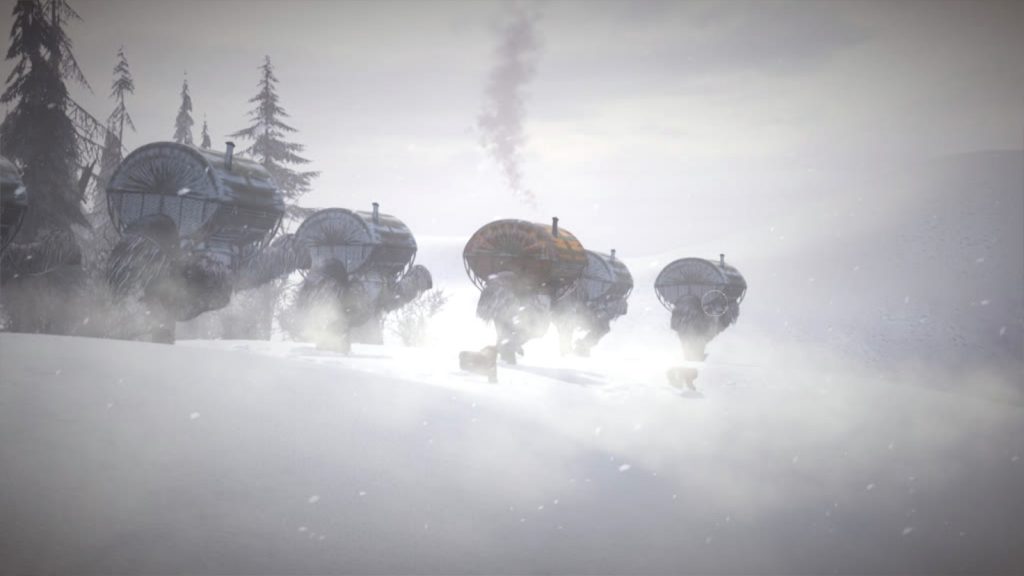 Giant furry ostriches, somehow not knowing where their own ancestral mating ground is. Still charming as heck.

Syberia 3 is the continuing story of Kate Walker, a lawyer turned adventurer, and currently the White Saviour of the Youkol tribe, whose migrations are being disrupted by racists in the town of Valsembor. As such, it’s a bit of a mixed bag, writing wise, as the Youkols are very interesting, and the focus of the story is meant (As in the previous two games) to be on natural conservation, but, in adventure game fashion, they are oddly helpless. As, as it turns out, is Kate Walker, at the mercy of the adventure game protagonist’s natural enemy: Awkwardly placed objects.

While there is no fail state for the game as far as I am aware (So no Sierra style deathtraps, or Dead Man Walking scenarios), there are puzzles that rely on finding things that are hard to spot, even with the addition of context sensitive dots that fade into existence when you are close to a thing you can interact with. Some of them, alas, also rely on adventurer kleptomania, and talking to the right individual to change the situation somehow. When the very first main puzzle (A shifty psychiatrist presents Kate with a key that’s meant to set her free, but it’s deliberately damaged… And no, there’s no way to see this beforehand that I know of) involves not only stealing a key from a sleeping patient, but to enter an area that it’s not that clear you can enter, take a mechanical parrot to lure a rather odd owl… It gets a bit nonsensical at times, and as such, you will sometimes find yourself more blundering on the solution than having thought of it. 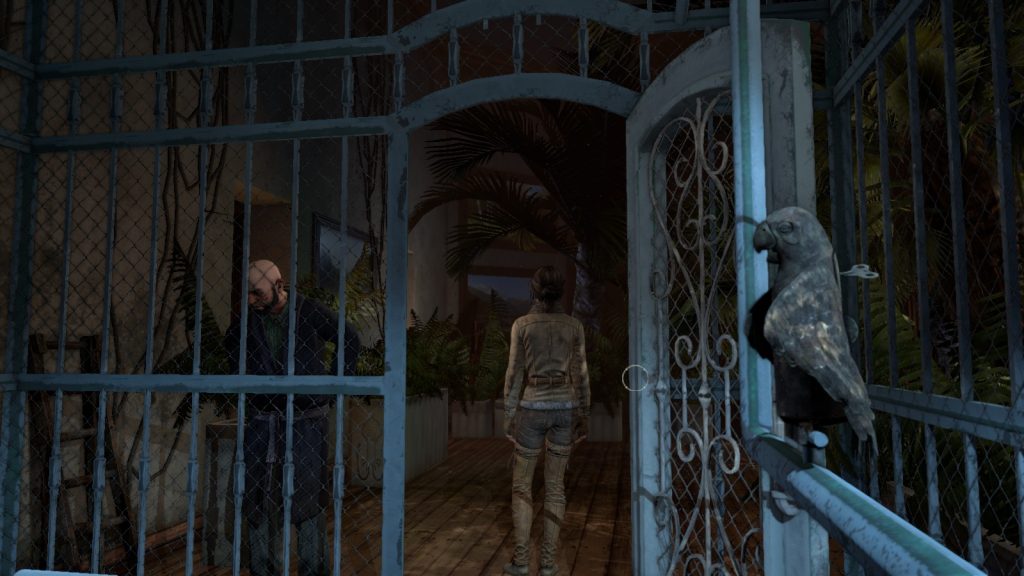 You, er, don’t want to maybe close the door behind you, Kate?

The control scheme is mouse for interaction, keyboard for walking, although the controller is not only an option, the game recommends it, and it’s not hard to see why. While not actually tank controls, Kate Walker has a bit of a turning circle for a lithe adventurer, and it’s fairly clear that the game’s interface was designed with controller in mind first. This is a shame, as there’s elements to the controls I quite like, such as shifting objects or opening things (occasionally) by moving the mouse, but to page through the inventory for the one thing I can use on an item gets somewhat annoying.

This is a real shame, as the voice acting really isn’t bad, the music is still pretty damn good, and the aesthetics, if they cleared up some problems where consistency of location has overruled both the principle of leading the player’s eye to places they can go or things they can do, and the one where you might want to help colourblind folks see a little clearer. Yes, you can be stylish and still colourblind friendly, folks, there’s certainly enough games I’ve complimented on this in the past to see this. 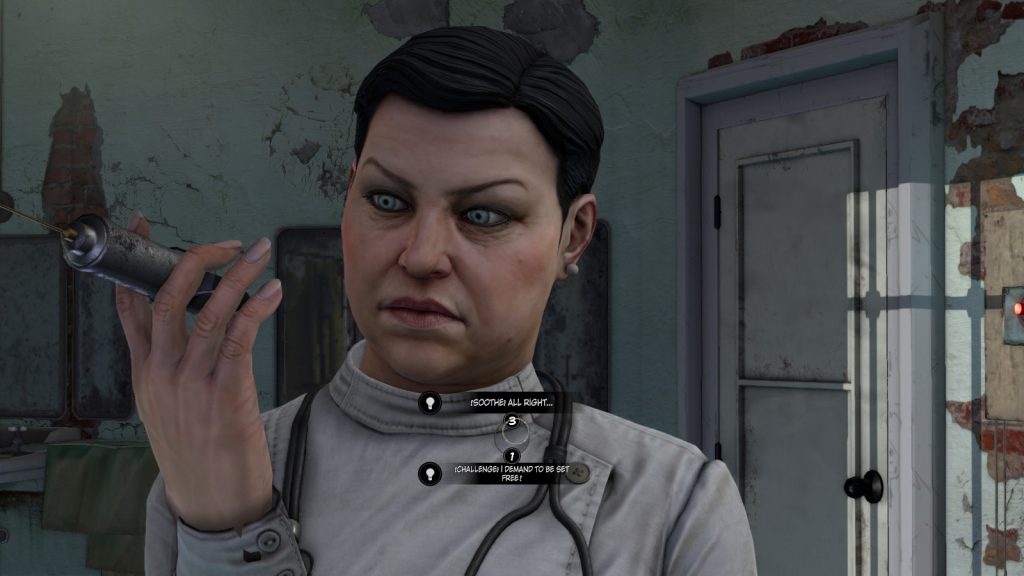 In any case, while it definitely has some style going for it, the substance is somewhat wonky, and I would only really recommend this either to folks who really want to see where Kate Walker has ended up, or adventure gamers well used to the foibles of the genre.

The Mad Welshman, it should be mentioned, really likes that key at the beginning. It makes next to no sense, but it’s a very pretty key.