The continued existence of the scrolling shoot-em-up is a minor pleasure to me. There’s just something cathartic about holding down a button, and spaceships blow up. Obviously, there’s more to it than that, but blowing things up is definitely the most relaxing part of the experience. And, spoiled 30 something brat that I am, I sometimes think I want more ways of blowing people than I’ve gotten. 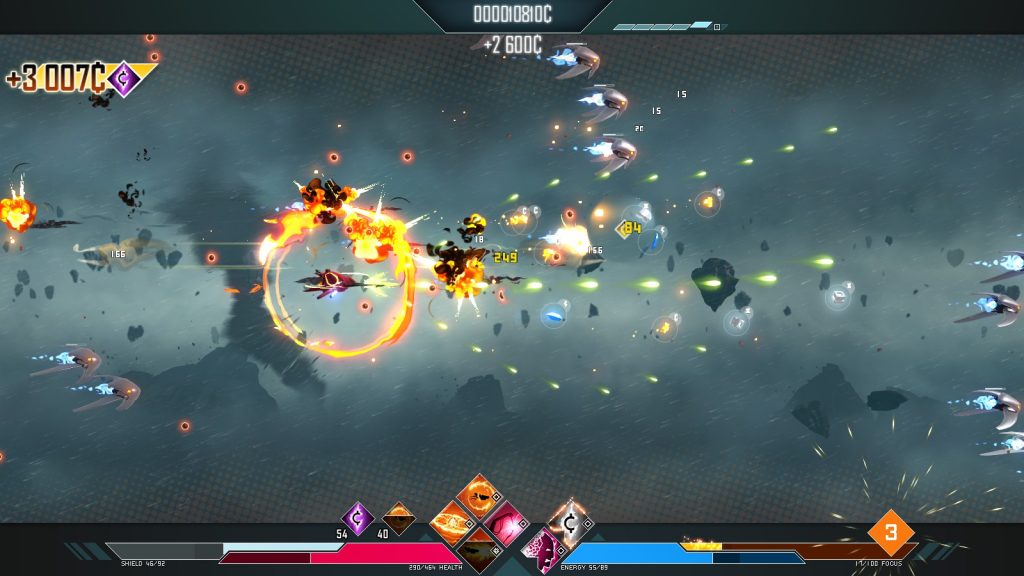 Pictured: A fairly killy, speedy ship, which certainly won’t get into trouble around Grade 3/10 with my fat fingers. Nope, definitely not…

This is definitely not to say that Drifting Lands is a bad game. It’s actually quite good. I just wish there was more to it in some places. So, what’s different about the game? Equipment slots on your ship, each of which have pretty numbers that may help or hinder you. You want most of those numbers to go up as you go along, such as more Damage Per Second on your guns, more Armour, Health, Shield and Health Regeneration, and other such things. And you want certain numbers, such as “Chance for [item] to Break on [Manual/Automatic] Retreat” or “Chance for Cargo to be Lost [even if you win the ‘mission’]” to stay low. It’s a credit to the game that this is nowhere near as intimidating as I perhaps make it sound. It’s not the only different thing about Drifting Lands compared to other shmup type experiences, but that, and the fact that waves of enemies are picked from a list for each level and area randomly, that the game helpfully tells you how many waves are left at the top, and that the difficulty slowly increases as the game goes on with the addition of mechanics like revenge bullets (The ship you shot releases bullets on exploding, usually straight at you), are all interesting features.

There’s quite a bit of variety in the kit, and while I’d like to say “Go for the weapon you like the pattern of, and stick with it”, the game disincentivises that by virtue of the fact that some weapons will always have a lower damage among peers of their respective levels (Shotguns and Lasers, for example, suffer, compared with the Trident and Double Cannon, which, relatively consistently, outdamage them.) Also, y’know, that weapon you want to get the next hotness of might not have your +X Navigation, meaning its Damage is even lower than you’d think. 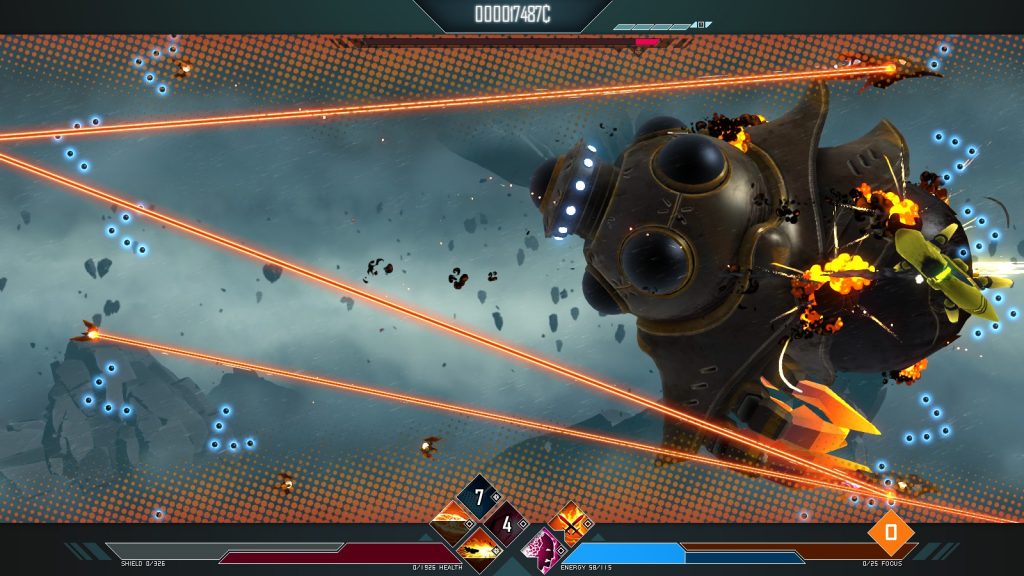 Still, once you get into the missions, it’s joyously simple again, although it becomes more bullet-hell like as you rank up in grades: Shoot things, use your special abilities to kill more things, dodge bullets, maybe fight a boss or a Convoy Mission (Kill X enemy type before the end), and don’t die. My current favourites, ability wise, are a ring of fire, a back and fore blast that kills things in a straight line, another kind of blast that kills things in a circle around me quicker than the fire ring will, healing, the chance to get more money the bigger the kill streak I can line up, and the thing I’ll probably never ditch, the Automatic Retreat, stopping you from losing your ship if you die, at the cost of the things you picked up during the mission, and maybe some of your niftier equipment.

There’s also a story to the game, and while it’s a little cliché (The Ark, sole independent survivors, fight religious zealots, corporations, robots, etc, while their main pilot (that’s you) seem to make poor decisions), it’s fairly well written and characterfully voice acted cliché with a moderately diverse cast. The music’s good, the art is very good, so honestly… 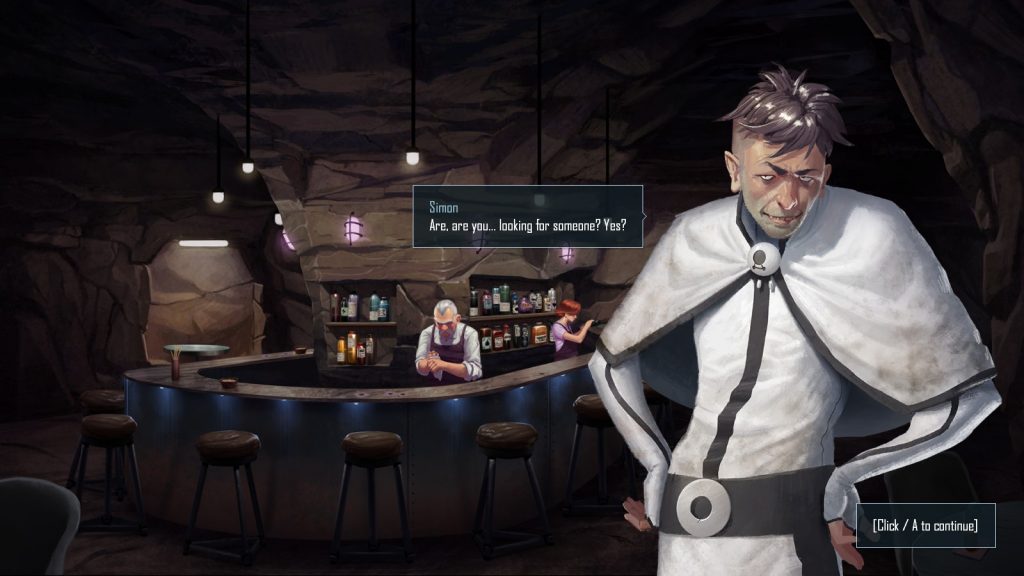 You can almost *see* the slime dripping off this guy. You can definitely *hear* it when he talks.

EEEEEE, DAMN YOU, THIRD BOSS, DAMN YOU AND YOUR WAVES OF FURYYYY!