It’s not so bad, being a robot miner whose uncle left you some kick-ass robot powers strewn around the very place where he’s gone missing. Well, y’know, apart from all the times you got disassembled because you got too curious… Or found yourself further on the path toward finding your Unc than you were maybe prepared for. But, generally speaking, being a robot miner isn’t bad. 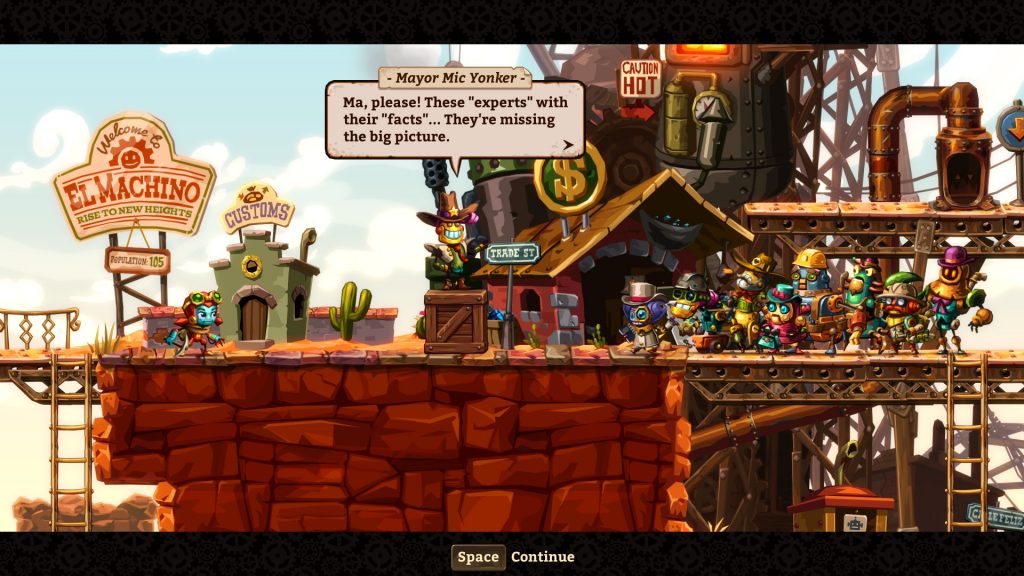 …Yes, that is a Post-Facts reference. Yes, I’m wincing just as hard as you are.

A wee backgrounder before we continue: Steamworld Dig was the story of Rusty, a mining droid who dug deep, discovered an ancient, electronic evil, and put paid to it via digging, selling ore, gaining and using special abilities from lost technology, and buying ladders just in case he screwed up and dug too far. It was an interesting game, but also a somewhat grindy one at times.

I can happily state that this sequel, while still having the digging and the exploring and the selling ore and finding whatnots, is a tighter, less grindy game. Gone are purchasing teleports, replaced with a (mostly) handy pneumatic tube system that serves as checkpoints, and an ability you can earn later on that allows you to teleport to the surface anywhere that isn’t a cave or a plot-important area. Ladders, similarly, exist in a sense, but the game relies more on the more traditional mobility powerups to speed getting around and gate progress. For example, one particularly clever segment has you using a hookshot to cross a very windy segment of desert, with the most difficult segment involving timing your walljumping to coincide with very short periods of lower wind speed, and, importantly, very little of it feels frustrating. 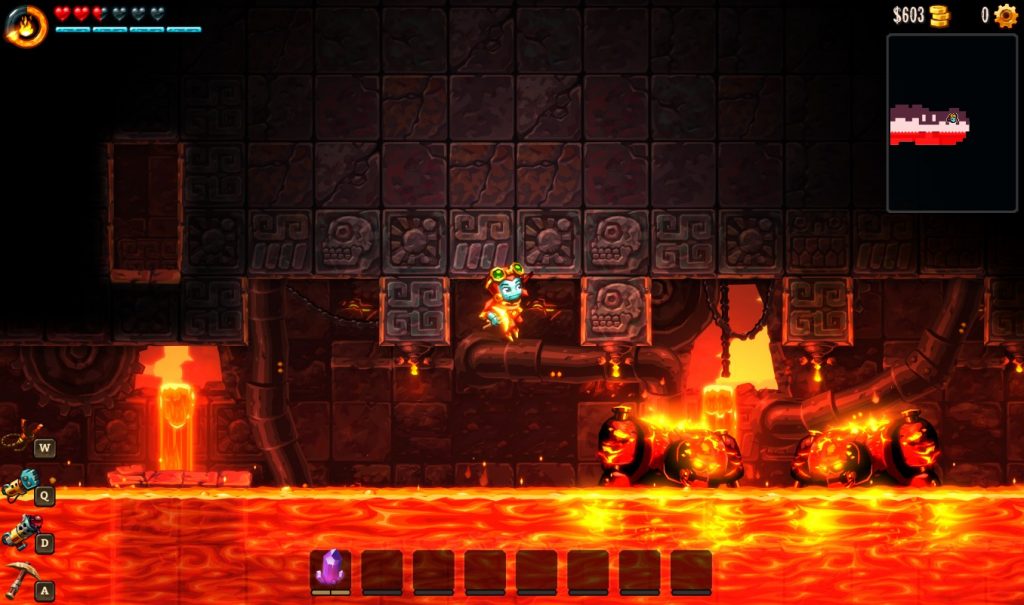 Here, we see the hookshot being ohgodwhywon’tthelavarobotsgoaway…

Well, except for one feature, but that’s pretty much a personal preference: I really, really don’t like bosses who are invincible for the majority of their pattern, and there are a couple of those. Nonetheless, overall, Steamworld Dig 2 trades a lot of its procgen for something that, in the context, works better… tight design. From the very first, you are taught to use your powers until they feel natural, and then asked to think of them in slightly different ways. Hookshot as means of climbing. Hookshot as means of passing an impediment. Hookshot as means of clearing nuisances. Hookshot as boss avoider. A lot of the time, while there is a difficulty curve, it’s mostly only when the game seriously changes up the formula, or introduces something you’re not prepared for that you notice that. So yeah, props on that. Anything bad?

Well… Not… Really. The game isn’t going to win any awards for writing, with most characters being both functional and one-dimensional (Here’s the cowardly greedy mayor, and his long-suffering mother. There’s the shy mechanic, surprised and pleased when you actually want to hear the tutorials or them nattering about the tech you’ve gotten. Merchant. Archaeologist. Most folks are defined by their role, more than anything else.) But beyond that, it’s a well designed action platformer with clear direction, clear visuals, and some cool powerups. Honestly, that’s all it needs to be. 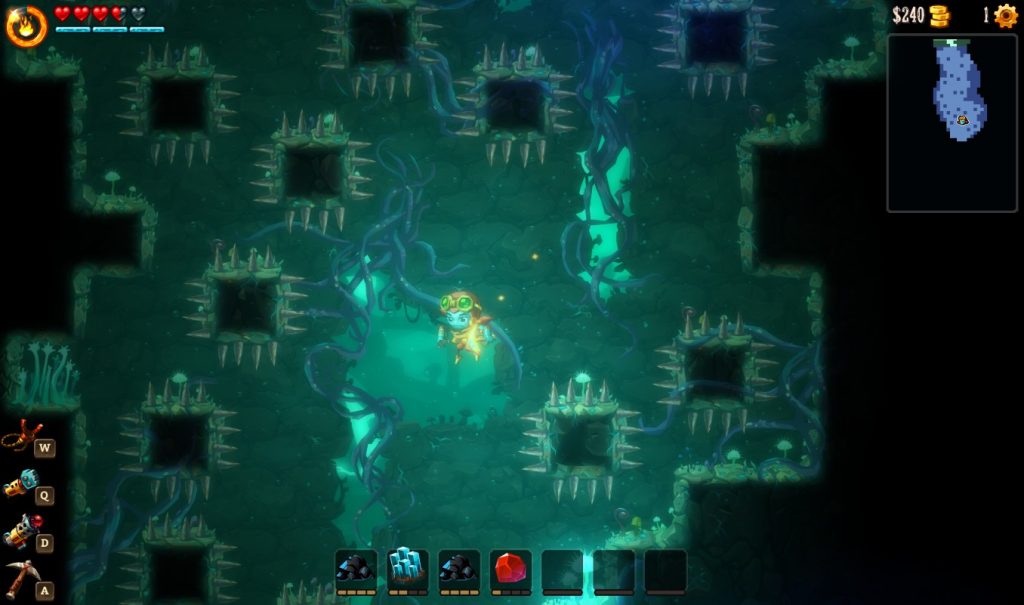 See, this *looks* intimidating… But thankfully, it’s a lot more chill than it *looks*

The Mad Welshman took quite a few screenshots. And then he realised a lot of them are spoilery as heck. Consarnit.