Source: Cashmoneys
Price: £18.99
Where To Get It: Steam
Other Reviews: Release

I can, even at this relatively early stage of Klei’s survival sim, see a few obvious things. Firstly, due to the very nature of Oxygen Not Included, I get easily frustrated. Secondly, plumbers and electricians are deities among humankind. Not a lot of this makes sense until you realise that the core element of the game is that it’s a survival management game… In a closed system. Oxygen is most definitely not included. It must be earned. And, past about day 10, this is a near constant struggle.

Yes, I get frustrated with it easily. But that definitely doesn’t mean I can’t appreciate the vision here. 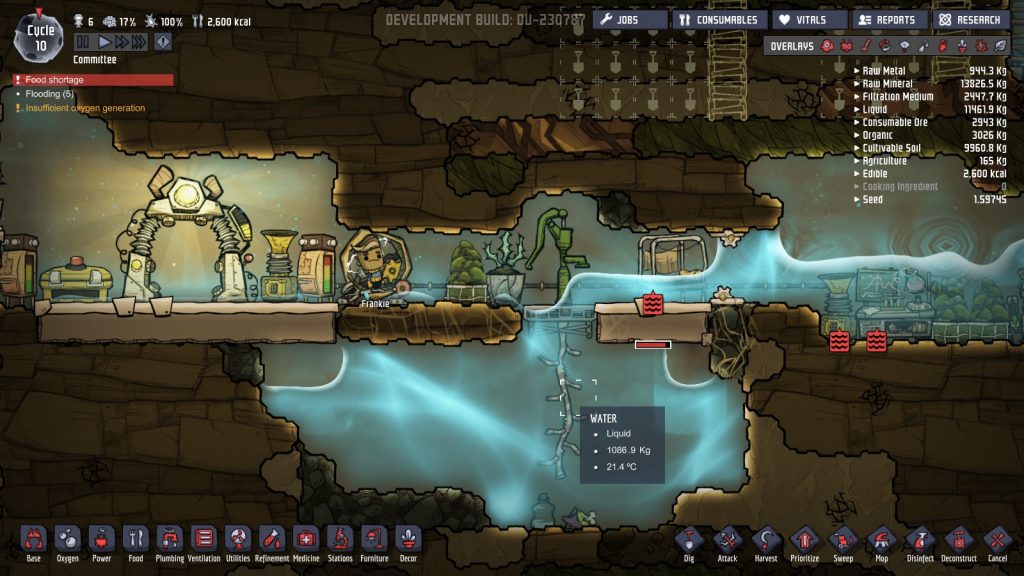 When Digging Out Water-Pools Backfires Horribly, a TMW Special.

In any case, the basic idea is very simple: You start with three “Duplicants” (clones, basically), stranded mysteriously by a teleporting gate (that also, periodically, is able to “print” new Duplicants.) They start with a ration box, and a small room that has some oxygen, and from there? Well, everything. Outhouses. You need those. And sinks to clean up. Wait, now you need water to wash with. Beds. Food. Electricity to power de-oxidisers and research stations. Algae to run those de-oxidisers, and dirt and more water for research. Wait, crap, you forgot about the carbon dioxide buildup, got to put that somewhere… And the poop. And the bad water. And so it goes, on and on until you’re trying to displace all the waste heat your generators and de-oxidisers and wires and pipes are making.

It is, perhaps, the first game I’ve come across where it becomes more complicated the more established you are. Because, of course, all of these actions, from growing to laying pipes to manning fans and giant hamster wheels, take time. And sure, more people will mean more gets done, but more people also means more CO2 generated. More food eaten. And, because Duplicants have flaws like consuming more oxygen than their compatriots, having a weak bladder, farting a lot… You have to choose your Duplicants wisely, as well. Heck, everything has to be chosen wisely, and, as I’ve mentioned, the further you get, the bigger the scale of the things you have to do, to deal with the buildup of problems over time. I highly expect, by the time I get to day 50, that I’ll have to build an oxygen pump at the top of my base, running a heat dissipating pipe through several areas I don’t care about (but will have to dig through and survive), before finally pumping that good, and most importantly, cooler air near the bottom of my base. Not the exact bottom, you understand… I have to have somewhere the CO2’s going to… Oh wait, now I need to dig down. Crap. 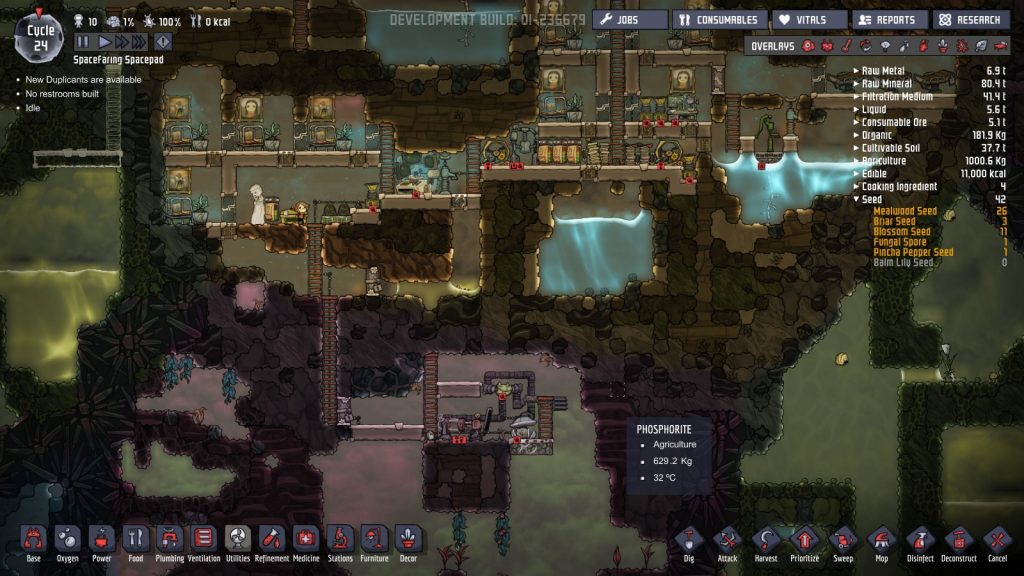 Not Pictured: Me panicking as I realise I’m going to run out of Algae *and* Hydrogen before I can build and power a Slime to Algae Converter.

Right now, there isn’t an end-goal to the game, although there are tantalising hints and things to be discovered. Offices, isolated in the middle of this asteroid in nowhere. Vending machines, with notices not to put harmful materials in. Brains in jars, that give your Duplicants new or improved skills, providing you find them. And, of course, beasties. The simple Hatch, which can be useful for their ability to eat things and poop coal, but will also, unchecked, eat the food destined for your colonist’s bellies. The Slimepuff, which can make slime in areas of polluted oxygen… Whether you want them to or not. And, of course, germs. There’s more, obviously, but I want at least some mystery for the new player.

Overall, I look forward to seeing where Oxygen Not Included goes, because when it comes to survival games, you can’t really top this in terms of challenge without becoming deeply unfair and unfun. As it is, I can see the long-term frustration inherent to its core premise turning folks off, but I also appreciate the thought and craftsmanship that’s gone into making even surviving to 100 days plus possible without resorting to “Eh, this thing just makes the air cooler/adds oxygen/just removes a need” to this point. 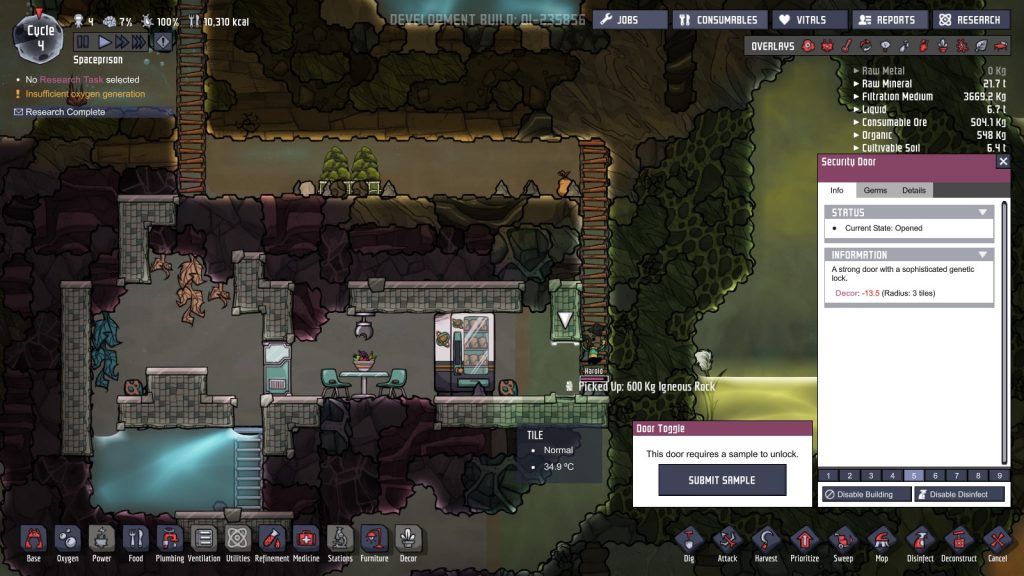 The Mad Welshman is pleased to announce that Klei have entered the hallowed ranks of “These developers slightly intimidate me.” He politely asks that they not abuse this honour.