Stop me if you’ve heard this one: A game that has a great idea, a good – Oh, you audibly heard the “But” from where you’re sitting? Yes, that’s the deal with Starship Corporation, a starship building and management game. But… 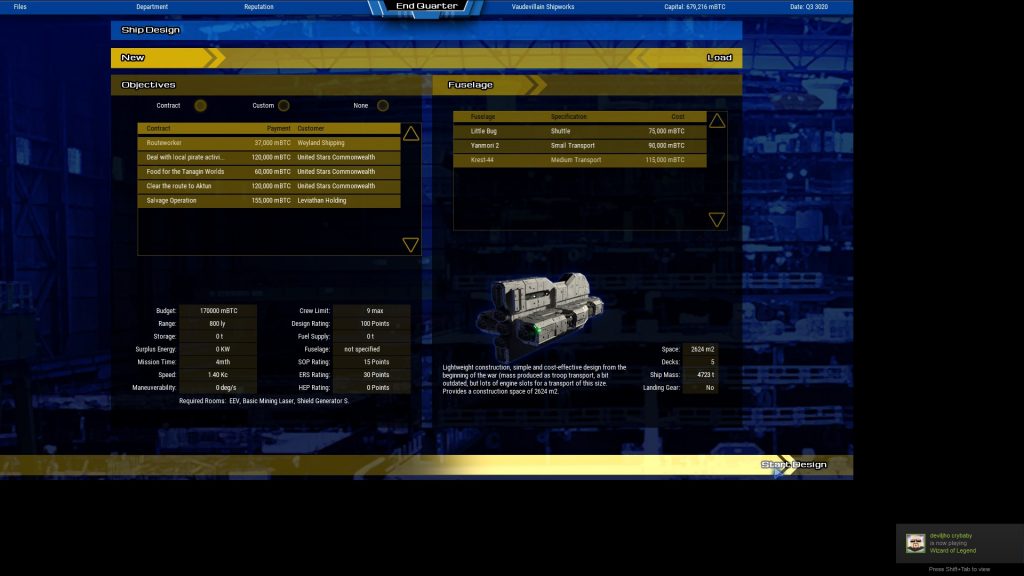 “No, you can’t shift a schematic that’s close enough to your spec that it only needs a reshuffle or parts added here, why would you want that?”

…It really, really isn’t friendly. It’s tried, and tried pretty hard, as, during the Early Access period, the game’s power, water, fuel, and air distribution was via laying pipes, whereas now, it’s done by floor and network. An auto-resolve system for the missions (The yardstick by which ships are judged) was introduced. The former genuinely helps. The latter feels more like avoiding the problem than fixing it.

Okay. Let’s back up a bit. Starship Corporation is a game about managing your own starship construction company. It’s a fixed universe, with some events, but progression is pretty fixed in both campaign and sandbox modes, with the main difference being that, in sandbox mode, you can change the amount of currency you own and your goal. The campaign goal? Get loaaadsamoneeey.

Of course, to get money, you have to spend money, and, at a first glance, without YouTube tutorials and the like to back you up? It’s daunting. Okay, I need to buy a sickbay. Oh, and connectors for fuel, water, air, and power between ship floors. And some shields. And a mining laser. Oh, and a better cooli- There’s a lot of options, and you can get rather a way into building a ship before realising “Oh wait, I don’t have enough space for that cargo I need” , or “Wait, crap, this really needs a better [insert] than I have now to save space.” Time to save design, hit up R&D, to spend some of your budget, and back in until finally… It’s testing time. 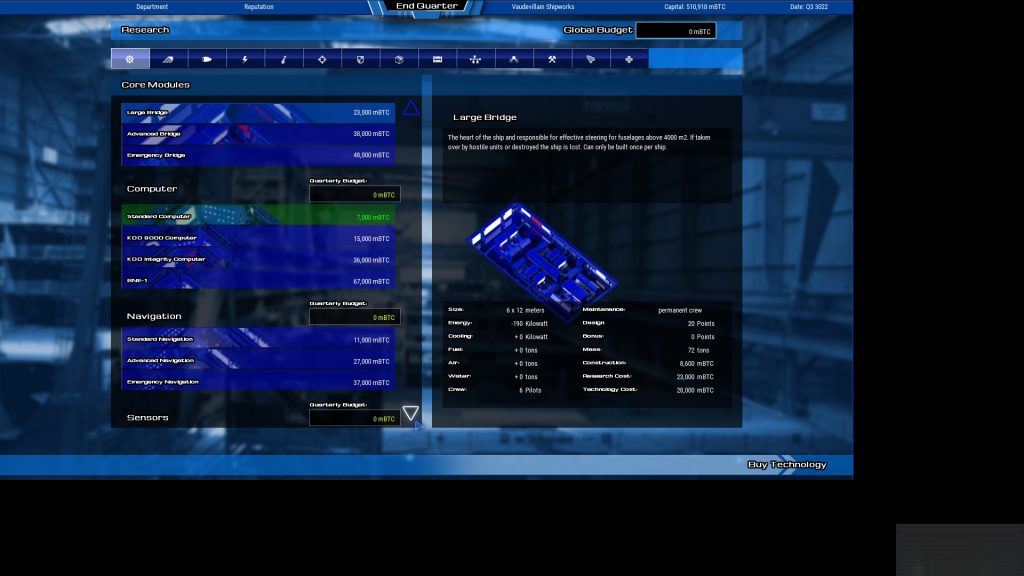 Expect to be spending a fair amount of time in the research screen, hunting for what you need.

At which point, many people will hit “Auto-Resolve” and shuffle things around if the score isn’t good enough, wondering their first time through, for a minute or so, where the heck the “Save and Finish the Blueprint Already” button is (It’s to the left of the auto-resolve, once you’ve resolved or played enough missions.) Which is a dual shame, because, again, this is an interesting idea, but the execution is painful enough that yes, auto-resolve really is the better option in many cases. The manual will tell you that it’s ctrl+number to assign people to a group, shift+number to actually control that group, and number is for switching between decks. This is about as useful as it gets, sadly, and there’s a lot that doesn’t get explained.

Unfortunately, with auto-resolve, the game is less interesting, being a somewhat clunky and chuggingly slow ship building and management game with some story elements, and without it, half the game is a hell of micro-management to make the other half less friendly. 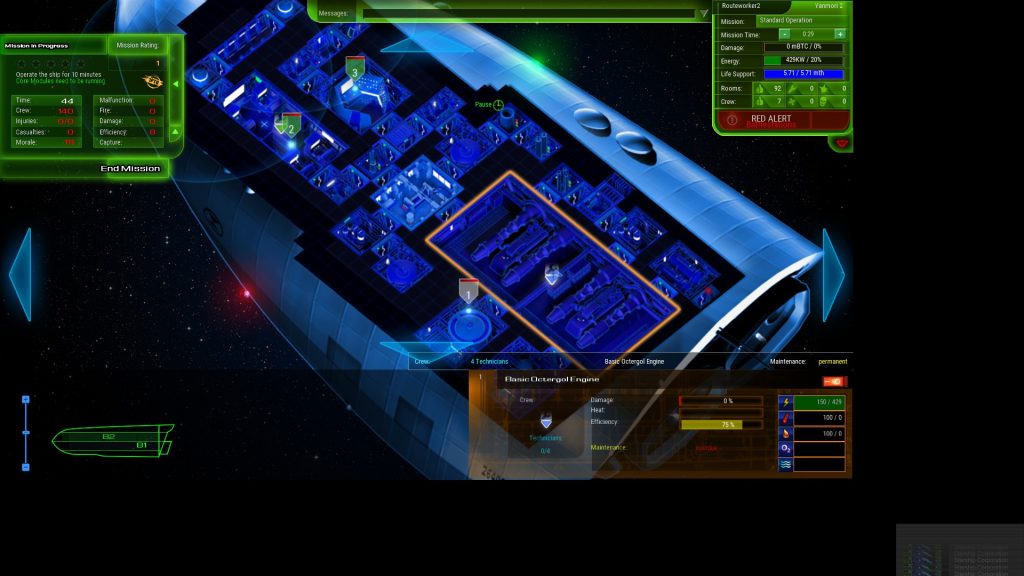 It took me a vital few seconds to realise that there were several parts overdue for maintennance… On the SOP mission. ARGH.

So… Great idea. Great idea. The execution, on the other hand, means I can’t really recommend this beyond said idea.

The Mad Welshman is always sad when a good idea is buried under unfortunate design decisions. He knows the baby gets thrown out with the bathwater a lot in this industry.