Long time readers may have noted that I have a taste for the minimalist. After all, the less elements there are to a design, the less there is that can go wrong. And so, when I saw Seek Etyliv, I was intrigued. A dungeon puzzler consisting of a 3×3 grid. 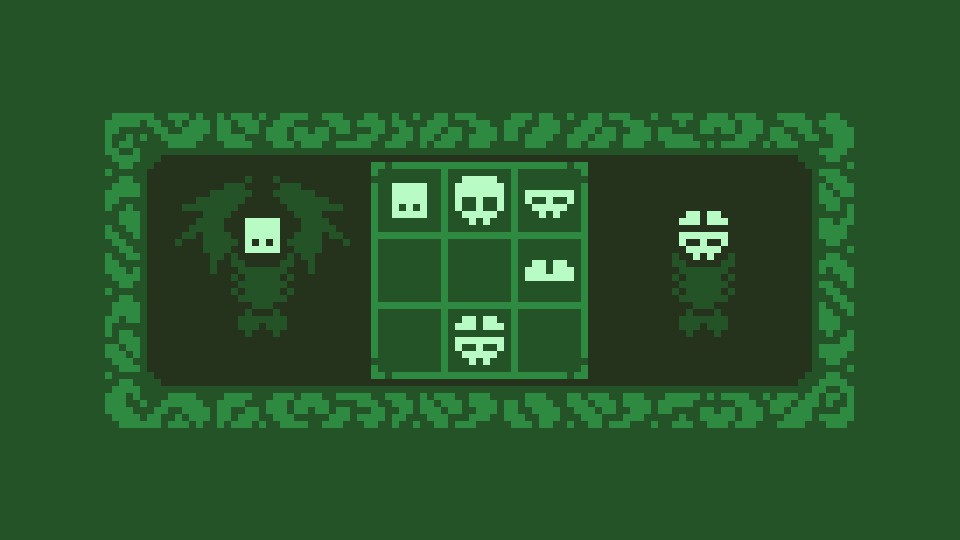 I have, it seems, somewhat borked myself. I can’t kill this skelly on the right with my batwings, and flying down is certain death.

Yes, that’s right… The game’s puzzles are on a 3×3 grid. There aren’t a ton of them, but they’re sometimes quite devious. A fine example is a grid with two Brain Skeletons (One hit knocks their brain to the nearest available tile clockwise) and a grave marker. Or, more accurately, the fact that half of its orientations have a different solution to the other half. In any case, the rules of the game are very simple: Move into enemies to attack them (Batwings require the target to be two tiles away to attack rather than shove), anything adjacent when you end your move (or are pushed) pushes you away from it, don’t get shoved off the board or into a hole, shove every enemy and their grave markers off the board or into a hole.

Easy idea, devious execution in places. Aesthetically, it is, like the game itself, minimalist, small sprites scaled to however you’ve set it in the options (Personally, 5x seems good enough, and this does appear to be one of those games that’s better off windowed.) , with some good lo-fi sound, being eerily silent otherwise. Works for me, but obviously, taste may differ there. 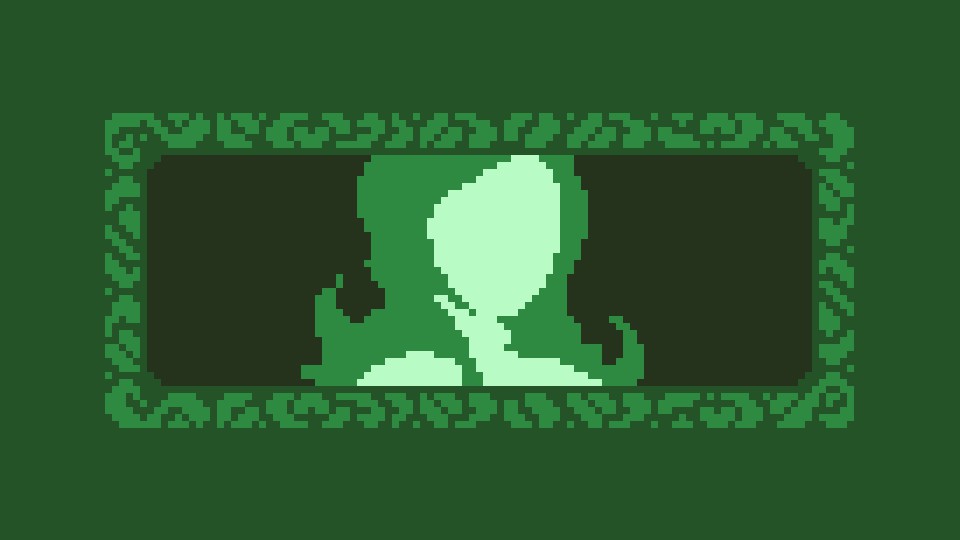 Well, here she is. We’ve found her, un-named imprisoners! We can go home now!
…Please?

There is a story, of a prisoner, trapped in a dungeon, seeking Etyliv, the Sorceress of Hope, it’s a little surreal (Presumably because there are only skeletons and chests in the dungeon, and not an ounce of food) , and it constitutes one of my few niggles with the game. It’s not that the story is bad, it’s that it’s mostly presented as a poem… Except when it’s not. And the meter feels off. Still, it is a thief imprisoned in a deadly dungeon writing this from starvation, I maybe shouldn’t be expecting Dickinson.

Beyond that, there’s a replayable dungeon mode, in which you unlock characters with which to play… A random selection of the levels from the story. That’s niggle 2: Needs a few Dungeon mode exclusive puzzles to shake things up a bit. Otherwise, this is also somewhat interesting, as it begins you with two letters to name yourself (“You do not deserve more letters” … Shocking dehumanisation there, un-named imprisoner!) , and the more characters you unlock, the closer you get to 6 letters, which, you may have guessed, allows you to rescue Etyliv. Alas, without a third act, leading to niggles 3 and 4: 1.7% of folks have unlocked all characters at the time of the writing, and I have confirmed with the creator that there is no third act to the story. Nonetheless, some of the character unlocking is clever, such as breaking the fourth wall and trying to select a character you can’t select yet to unlock them. They will not, for the sake of spoilers, be named. 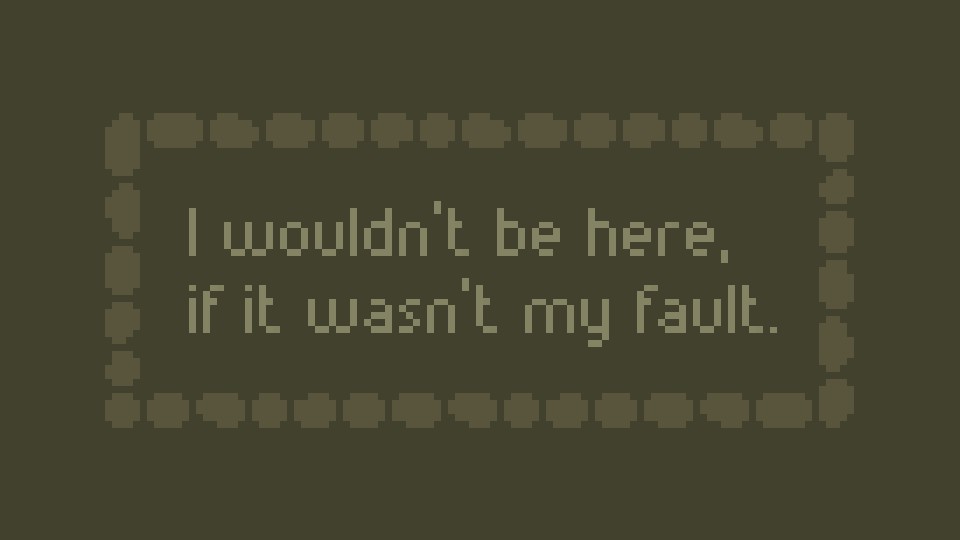 I’m glad you’re aware of that, Prisoner… But that doesn’t stop you being here, and also doesn’t stop me wondering why you haven’t told me I won’t get information… Information!

Beyond that, well, it’s small, it’s cheap, and interesting on a couple of fronts.

The Mad Welshman also wouldn’t be here if it wasn’t his fault. In his case, however, he’s often luckier.