Those who’ve been keeping track of my future racing endeavours may have noted that I’d had my eye on BallisticNG for quite some time, but, for one reason or another, I’d never actually gotten round to a review. So you can perhaps imagine my surprise when, after a break, I’d taken a look at this Wipeout fangame, and found… A lot of polish. The game’s come a long way from its early roots. 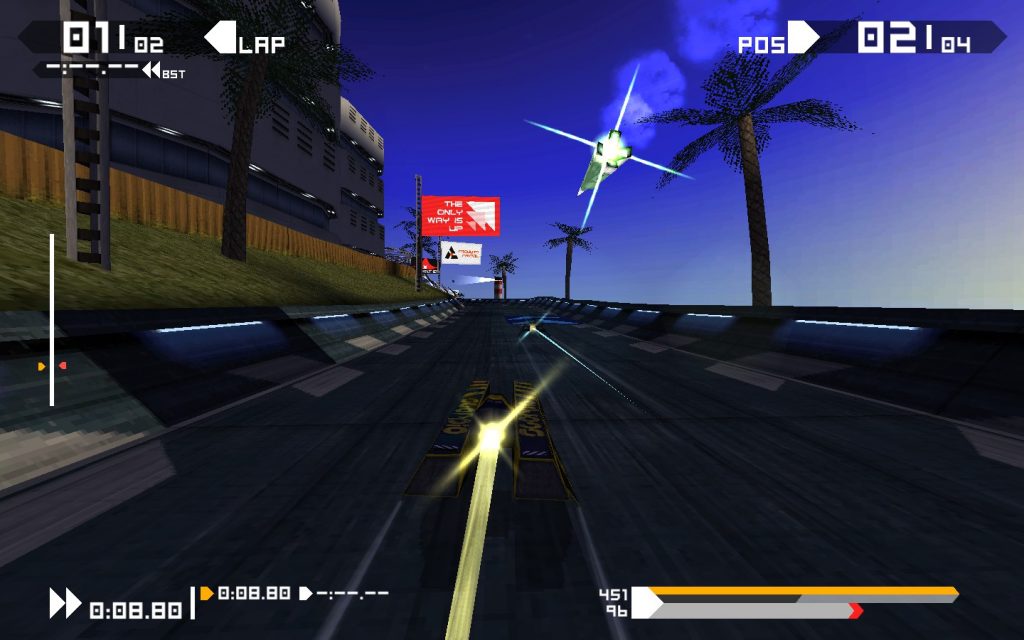 Yup, this is a fitting opening. The only way is indeed up… 😀

So, yes, BallisticNG is a future racing game heavily inspired by the earlier Wipeout games (1, 2097/XL, and 3) , and the usual rules apply: Several craft, each with their own quirks, pros, and cons (such as the Scorpio, which steers awfully, but goes like brown things flung from a stick), undertaking tournaments at various speed classes, with time trials, races (with and without weapons), survival mode (where you speed up regardless, and merely control steering), airbraking for harder turns, and a low poly aesthetic. To say this is extremely my jam on many levels is an understatement along the lines of “The Atlantic’s a bit damp” , and, funnily enough, this led to a lot of early criticism from me during the Early Access process, mostly to do with track design and time trial times.

Thankfully, that critique, and that of other folks, seems to have been taken on board, and the track design and difficulty curve is quite pleasant. A low pressure series of tutorials, the easier tracks in various modes… It handles pretty well. In fact, a nice touch I’ve not seen elsewhere is arranging tournaments, not by difficulty class overall, but by track groupings, so the introduction to each track is on the easier speed classes. The higher speed classes are as twitchy and nightmarish as you’d expect (Spectre and above requiring good track memorisation), and the lower speed classes feel fair, yet frisky. Good! 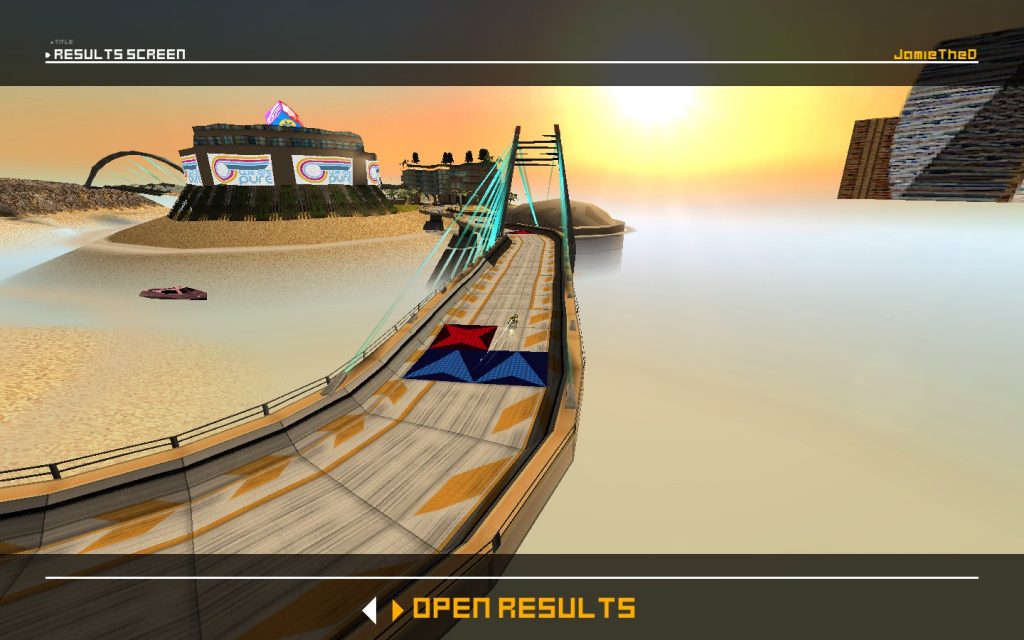 A beautiful place to live, ruined only by the noise of AG racers certain times of the year…

Aesthetically, the game is very much on point, with a variety of environments, craft, and tunes, all feeling good and looking fine. Add in some modding ability, with the power to import craft, create track layouts, and the like, and, honestly? There’s not a lot I can say that’s more than a niggle on the negative side, such as the base sound balance needing work.

BallisticNG, it seems, has finally achieved its potential. One set of updates before release. And that actually makes me somewhat happy. 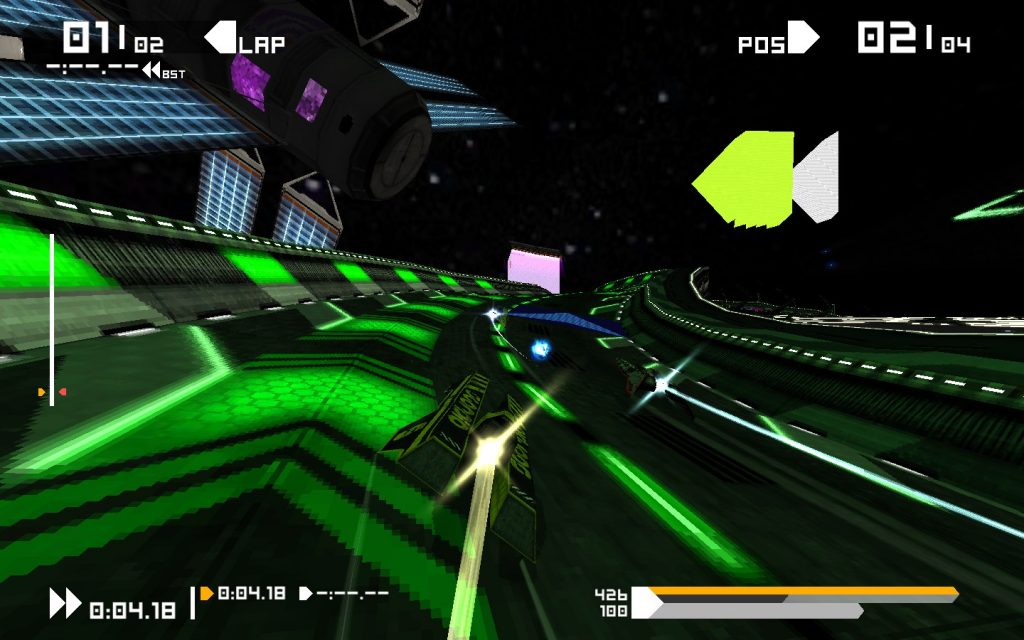 Fly me to the moon, and let me raaaace among the space debri- ah, wait, doesn’t scan quite the same. The sentiment’s there, though!

I mean, if I wasn’t after some of the moaning I did, there’d be no pleasing me… Ehehe.