So… Here’s another one that caught me off guard with the release. Yes, One Deck Dungeon, a game I reviewed about two months ago is out. Its main addition? A gauntlet mode, in which the masochistic can try and beat all the dungeons in one go. 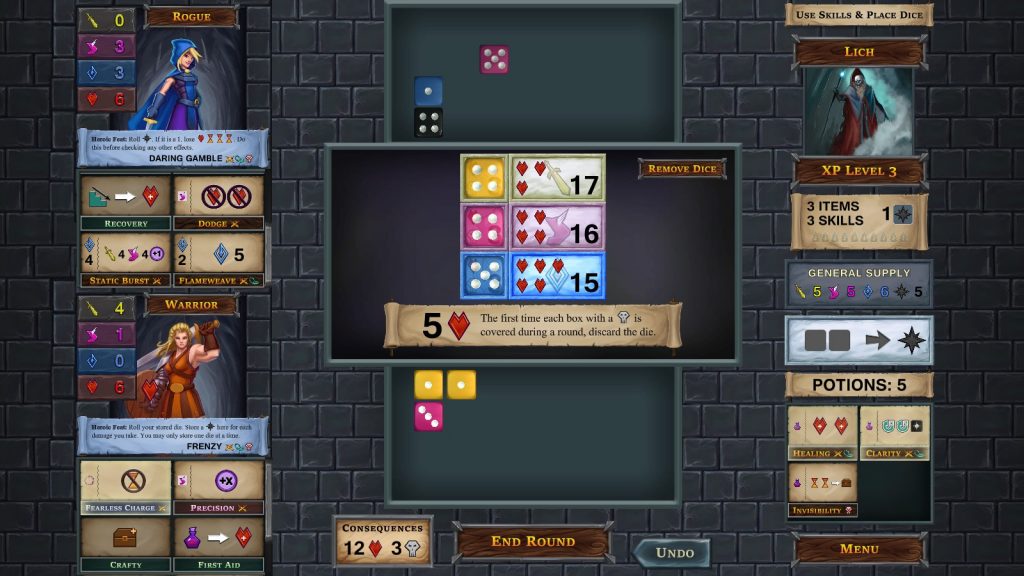 The Lich’s special ability is frustrating. Turns out Liches are like small children playing Cops and Robbers.

Considering I wasn’t sure I could beat the main dungeons without the Hero Progression system they added… I can’t really say much about that.

So, to recap, One Deck Dungeon, a computer game based on the tabletop game of the same name, has up to two adventurers, each with a special ability, try to make their way through one of five dungeons, based on a single deck of possible encounters, random loot, and a boss at the end. Each dungeon has special rules, such as the Lich’s Tomb, which removes all dice rolling a 2 (Combined with encountering an Ethereal, who removes 1s and 3s, this dungeon can get painful) , and a boss at the end. Everything is resolved by rolling dice, fitting dice of the required number or above into boxes with numbers to prevent damage, losing time, or other fun things, and this can be aided with skills, potions, and each heroine’s special ability.

Nice to see a game with all-women protags, to be quite honest. 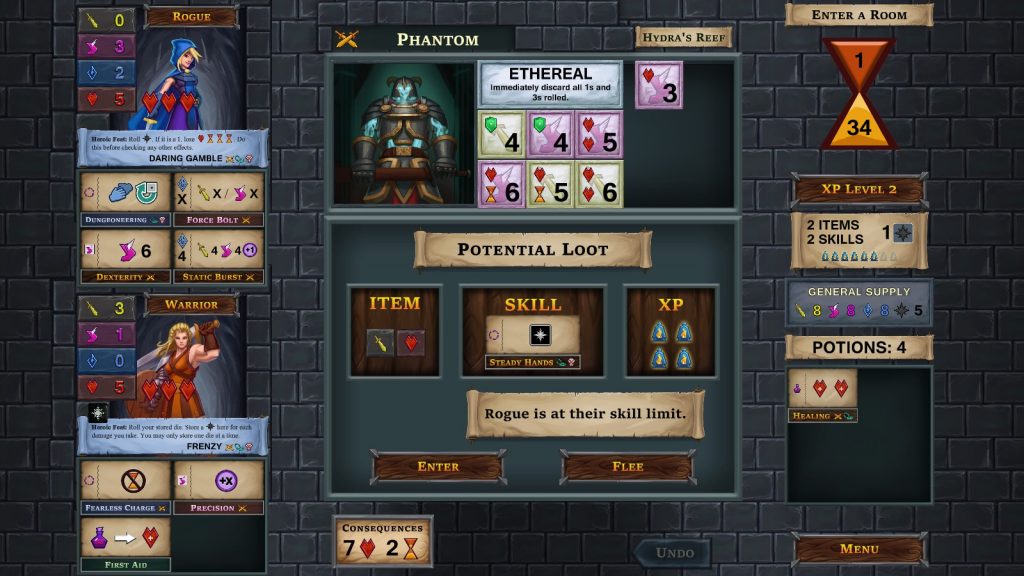 The Ethereal, similarly, is quite evil. But still, that loot… I need that looooooot!

Everything said in the previous review with the appearance of fairness (Yes, it’s dice, but skills can affect them, multiply them, reroll them… Skills go a long way to helping), the aesthetic (Solid, if workmanlike in places), and the dungeon deck (Could do with some extra variation) still stand. But one thing has served to improve the game, for me, at least, quite a bit. Hero Progression.

See, with the base abilities, the later dungeons can best be described as the sound of a table being flipped through a monitor, which is itself being thrown through a window. They’re punishing. But finishing a dungeon lets you, with Hero Progression on, unlock useful things in four basic categories: Basic, Healing, Combat, and Dungeon. I’ve mainly gone with a Healing build, and it’s been fun to go through the lower dungeons to get basic abilities, do the higher dungeons, just… Levelling up. As you would. I asked, last time I took a look, if the game could be more fair. And the answer, funnily enough, was “Yes, here’s a big step toward that.”

So, in summary, One Deck Dungeon is fun. Its music is alright, its aesthetic mostly solid, and it’s pretty clear to understand and play. It could do with some extra monster variety, but, overall, it’s alright as it is. Just… Turn Hero Progression on if you’re having trouble, eh? 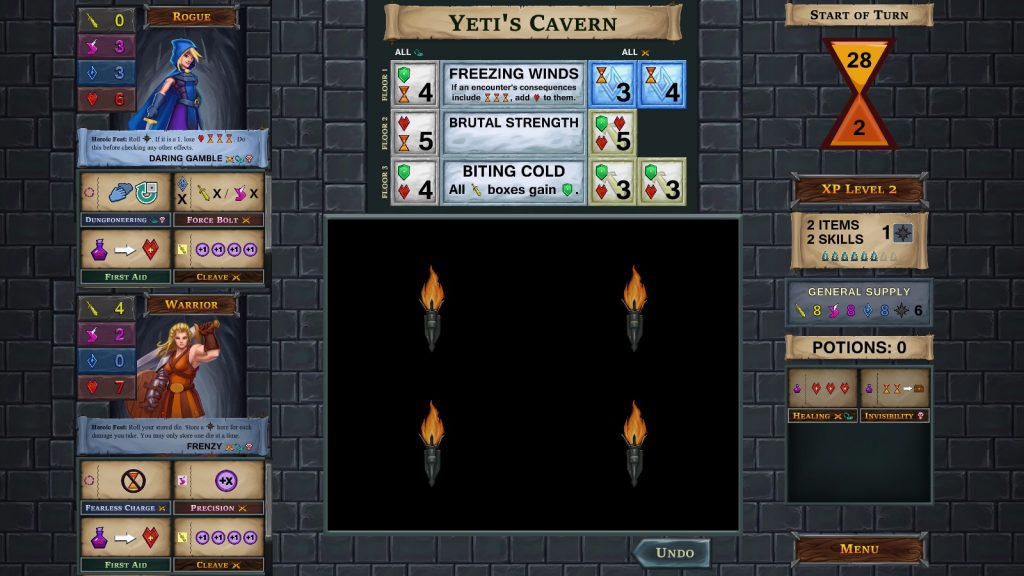 Another 3 Star Dungeon, another… Three armour for every enemy on the third level. Well, good for me I brought the Warrior then!