Source: Cashmoneys
Price: £10.99
Where To Get It: Steam
Other Reviews: Release

Siralim 2 is, if you’ll permit me to be blunt, a Skinner Box. But it is a moderately entertaining Skinner Box in its present state, and while not much of it is original, it’s pretty competently put together, and takes its ideas from sources that have pretty much already refined the concepts it’s using. 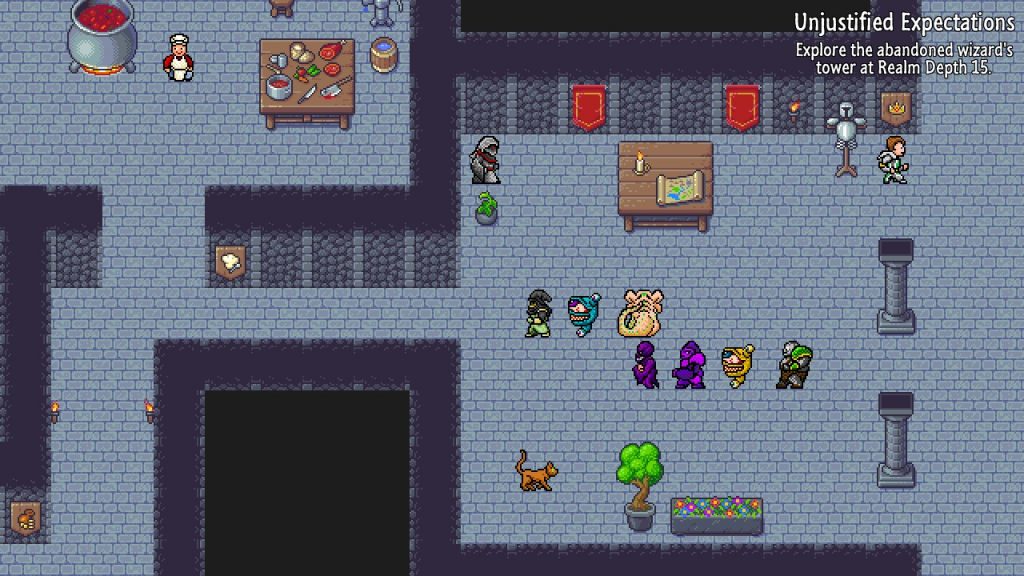 So I’m going to get this out of the way right now: If you do not like grind, stop reading. It’s a grindy game, nearly everything about it is grind, and the words “Skinner Box” should have clued you into this from the word go. Do badly, too quickly, no cookie for you. Do well, repeat your tasks in the manner intended, get various kinds of game-related cookie.

From Pokemon and the SMT games comes breeding and evolution. From other JRPGs comes magic, magic items, not-so-magic-items, and turn based combat in a first person perspective. From games like Dark Cloud comes building up your home base, so as to better equip, customise, and breed your monsters (Which, naturally, involves grind.), and, also from some other JRPGs comes Deity relations. Which involves grind.

This is not to say there isn’t game behind all this. There’s a story about an evil demigod that wants to go full deity, and must take McGuffins to do so… So obviously, our job is to get them first, and become a God(dess) first to beat the stuffing out of evil thing. The more deities on your side, the more monsters you own, the better equipped you are once you’ve gotten all the orbs, the better your chances will be. There’s a combat system involving physical attacks, magic, and special abilities such as casting an area effect Cold spell 1 in 5 times when you’re hit at no cost. You can revisit earlier levels if the current ones are too tough for your current party, and, since the levels are essentially small, procedurally generated theme arenas, with a deity somewhere, a quest for that deity (Usually involving getting X things or killing X things), an overall quest, and boss fights. There’s even the thing that the Pokemon games, and other linear progression RPGs would do, where there is the plot appearance of urgency, but in actual fact… Yeah, go hog wild, fill out your breeding library, get friendly with all the gods… It just takes longer if you don’t unlock the higher levels to level your beasties more efficiently. 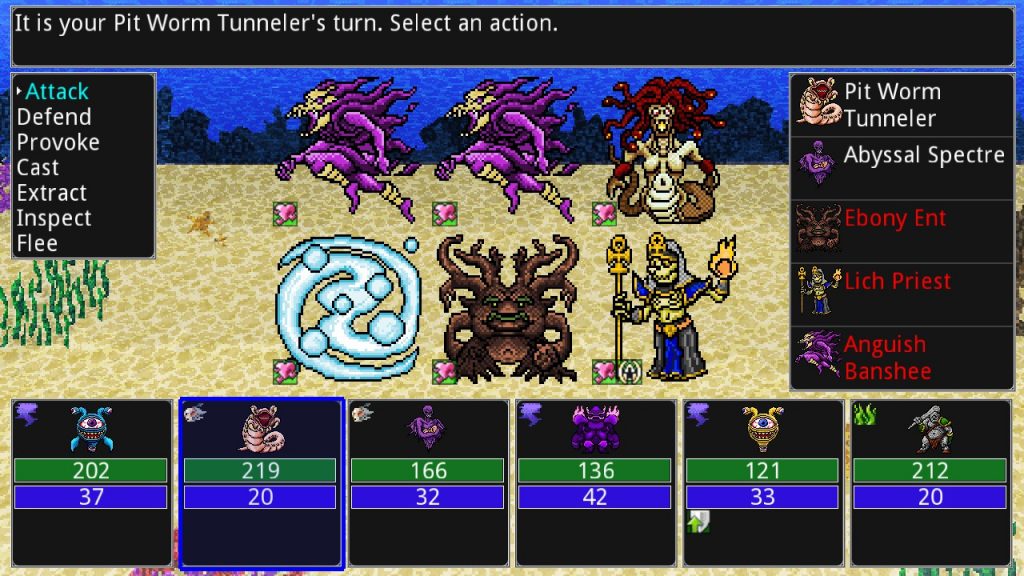 And this is precisely the problem with critically engaging with Siralim 2. It’s competent. It does its job okay, and, beyond a common problem that the game has also inherited (Monsters at higher levels tend to just be palette-swaps with different powers), it’s actually somewhat difficult to judge how well or badly it’s balanced, because if something is too difficult? Use an earlier level to grind up your captured monsters (Told you it was a bit like Pokemon and the SMT games!), and you can nearly always guarantee your creatures will be able to beat a boss sooner or later. I highly suspect I’m overlevelled for the next three or so boss fights, and only my desire to find breeding combos and new monsters to gawp at is stopping me from going to town. Once you’ve seen all the themes the game has to offer, it doesn’t seem to come up with new surprises so often, but, again… Too busy grinding up new monsters. And their breeding combos, because the monsters vanish once they’ve bred, probably to limit you just banging different rocks together until something happens.

So if you like that sort of experience, where, on the one hand, the gameplay can feel a little flat if you’re too efficient, and there’s grinding for new things out the wazoo, then good. If not, it’s possibly not for you. 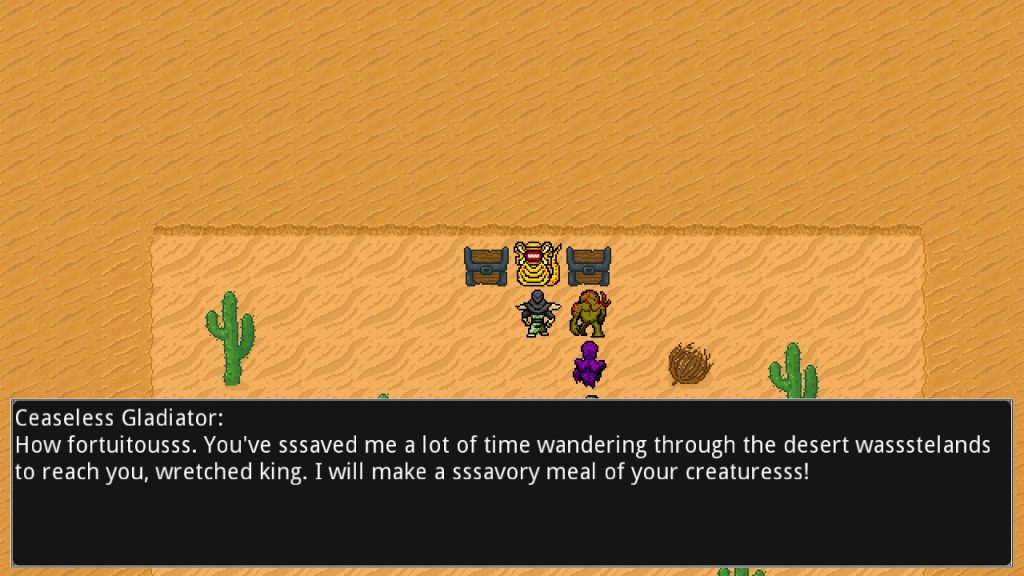 Sometimes, you get extra bosses. I like to call them “Loot/XP Pinatas”

Now, if you’ll excuse me, I just found out I can make a new kind of Angel, and it looks like it might have some cool powers later down the line.

We haven’t seen The Mad Welshman for a week. Could somebody knock on his door?