Source: Cashmoneys
Price: £15.49
Where To Get It: Steam
Other Reviews: Early Access

Scythe is one of those games where, for all that it added in the three all too brief months since I last looked at it, I can’t really recommend it without qualifications. Specifically, that it is definitely still better with friends, multiplayer or no… And that the Rusviet faction still causes colour issues, at two of the three distances you would normally look at them (Essentially, only up close are the workers easily visible.) Small text remains small, small icons remain small. Still some accessibility issues. 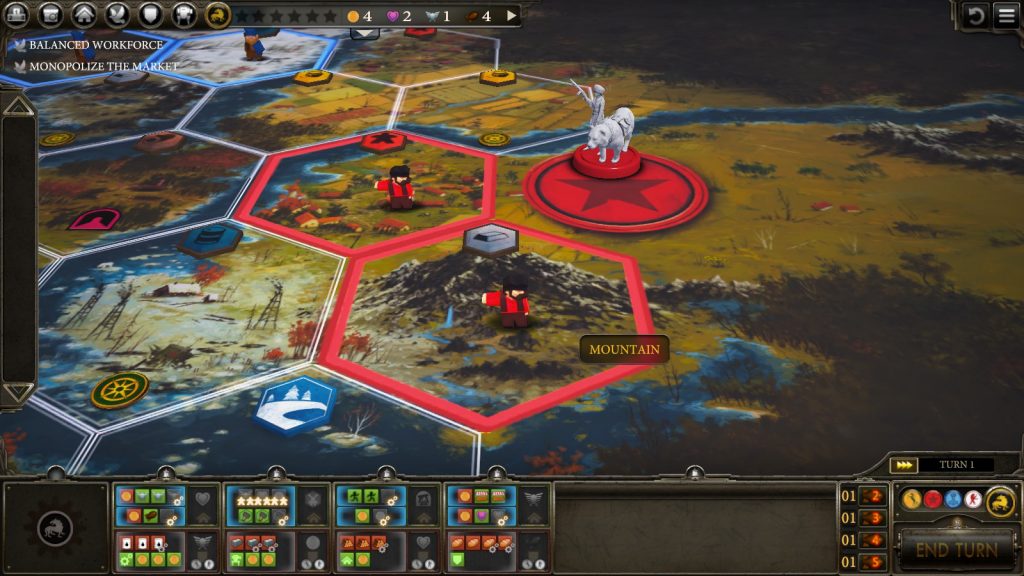 Knowing this, let’s do a brief recap. Scythe is a boardgame set in an alternate history where a strange factory is at the core of a landgrab power struggle between six russian themed factions, where, unless you have the option to turn score previews off, you’re wondering whether ending the game is really a good idea, because there are multiple factors at play that mean the person to end the game (Getting six stars for various objectives)… May not actually be the winner.

Maybe one player has courted Popularity so well that their score multiplier takes them to first place. Maybe their winning several fights has boosted them slightly beyond you. It adapts its boardgame style very well visually, the card art is gorgeous, the music is great, and it now has both multiplayer and an extra reason to keep playing (some extra cards for play are now locked behind completing objectives in games.)

But none of this, unfortunately, gets around the fact that it still has those accessibility issues. Its addition of multiplayer was definitely a step forward, but it’s the only complaint of mine about it that was really addressed. And, as such, while it is an interesting game, I can’t really give a whole hearted recommendation. Nor, because it still has its interest, and definite fun from the diplomacy, and uncertainty that comes from playing with others, can I thumb it down. 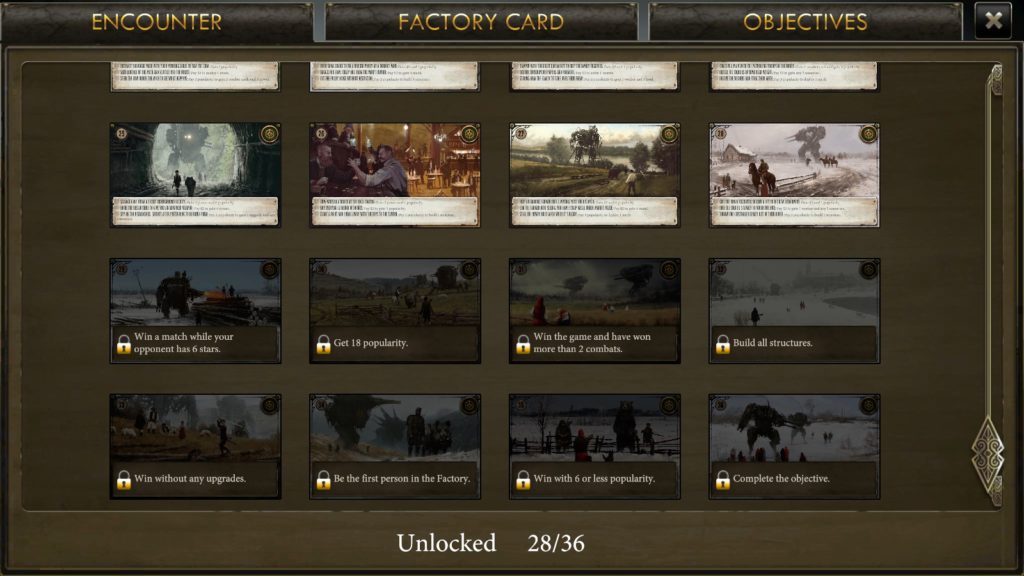 There is, perhaps, a minor assumption here. An *understandable* assumption… But an assumption nonetheless…

The Mad Welshman is slightly amused it’s taken 3 years to get to the point where he hasn’t much to add on release.