And this time, it’s a little hectic, despite being pretty accessible. Because you’re a spy agency, and the clock is ticking. Even worse, your Jeet-kun-do is no use against… This cute puppy, AHAHAHAHAAAA! 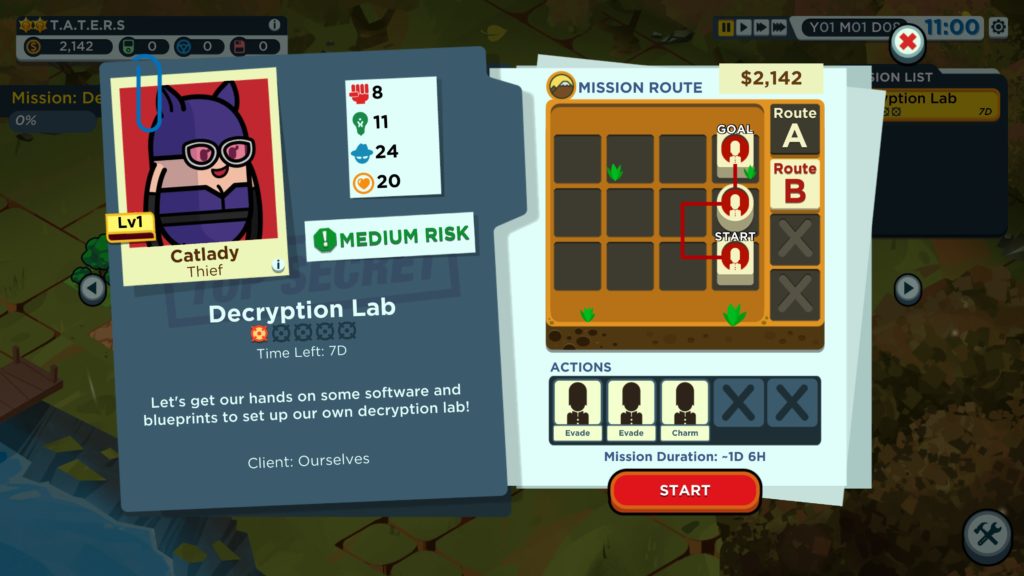 Noted pupper-lover, er… Catlady plans to stealth and charm her way through her mission.

Anyway, yes… Holy Potatoes! A Spy Story?! (Let’s just call it Potato Spy Story, shall we?) is a mashup of RPGs, management sims, and spy fiction, that has you play… Potato spies, in a world of anthropomorphic potatoes, having to balance limited resources while avoiding plot missions for as long as is humanly possible… Mainly because, once a mission has been “accepted”, either by taking a contract, or because the story demands, you have a limited time to successfully finish a mission. And no, that timer doesn’t stop running because you started the mission, nor does it care if you suddenly realise you have a hole in your coverage of the four stats (Fighting, Thinking, Stealthing, Charming.) Better plug that hole as quickly as you can, whether through gadgets, fashion, and, a little later, vehicles!

Whiiiich leads to the other balancing act you have to do, that of having limited space in your HQ for buildings, and needing paths to said buildings. Oh, and maybe some nice decorations that make spies better able to work. That can help too. 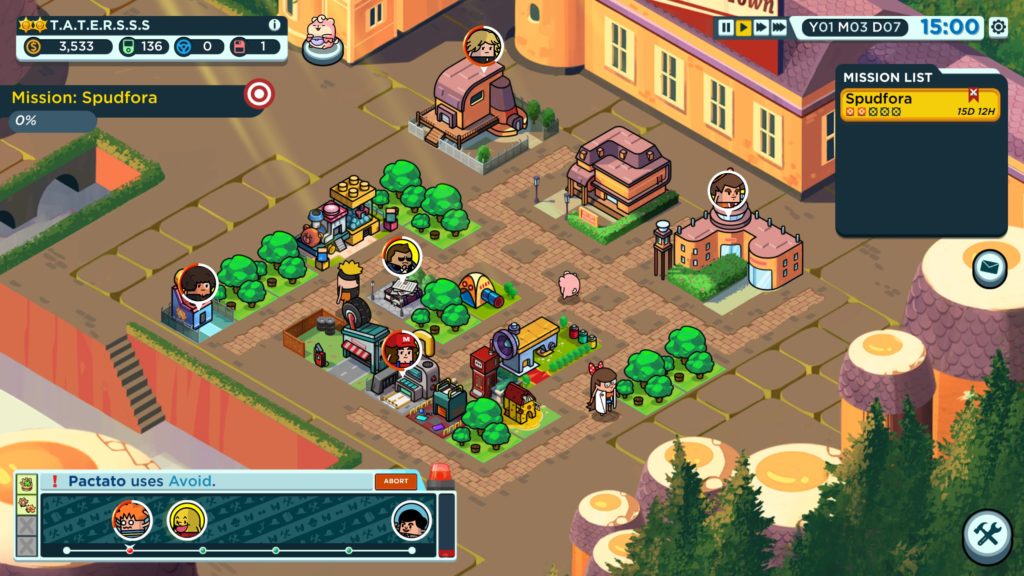 Aesthetically, it’s got that clean, simple style that has been a hallmark of the series, and, with the exception of some building placements, it’s clear enough that you understand quickly what’s going on. Sound isn’t great, more servicable than anything else, and the writing is… Well, it’s puns. It’s a formula. It’s not going to win any writing awards (Until the industry admits it needs a “Most puns/legally distinct references in a single game” , for which, let’s face it, there are many contenders.)

While it’s not super fast, and has that all blessed pause button and adjustable time, it is a little frustrating that, rather than accepting plot jobs, they’re just… Given to you in spurts, with the main break being that “build something” main quests are not timed. Run out of time, game over, and, even with the generous timing, it does become a little tight if you’re not playing in a faaaairly optimised fashion. Add in special spies, which are their own “One time only” fun, and you’ve got something that toes the line between challenging (fun) and frustrating (not so fun.) 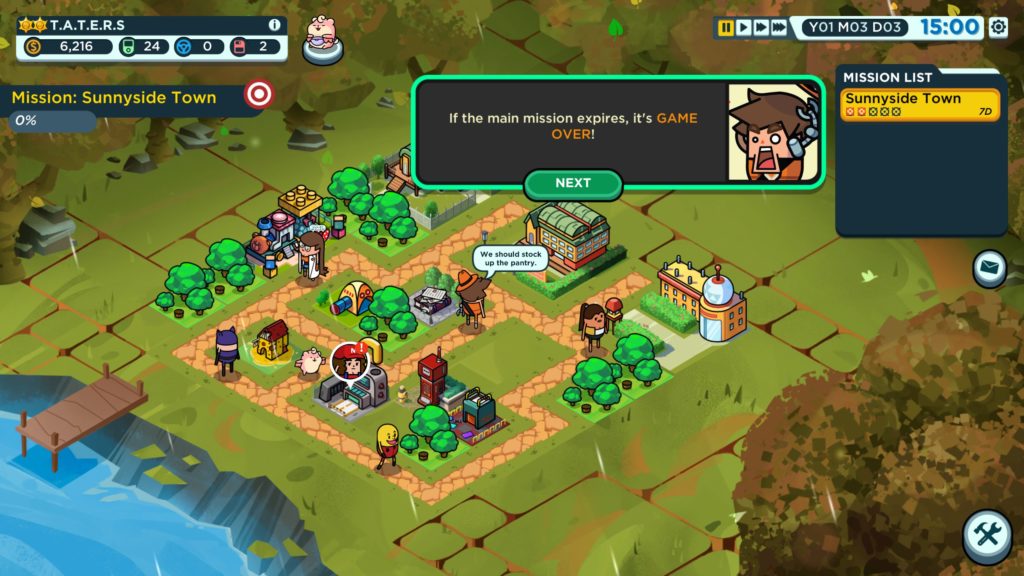 The difficulty curve is still relatively fair though, as, without distractions, I had to *work* to confirm game-overs from this particular mission.

Still, for all that I’m the kind of berk who doesn’t end up playing with any kind of optimisation in mind, I don’t mind Potato Spy Story. It isn’t going to rock socks, and the enjoyability of its puns depend on how dadly you’re feeling on a particular day, but it’s a relatively solid, easy to understand management game with only a few quibbles and flaws to its name. And that ain’t bad.

The Mad Welshman loves a good potato. Alas, he wouldn’t fit in with this world, considering he likes them best sliced, buttered, and baked.