Source: Cashmoneys
Price: £5.79
Where To Get It: Steam

You know, I was worried for a hot minute that I wouldn’t see another positive game talking about kink subjects for a while, but thankfully, Bonds came to Steam earlier in the week, and it does a good, positive job with its subject matter of bondage modelling, and the friends who get into it. 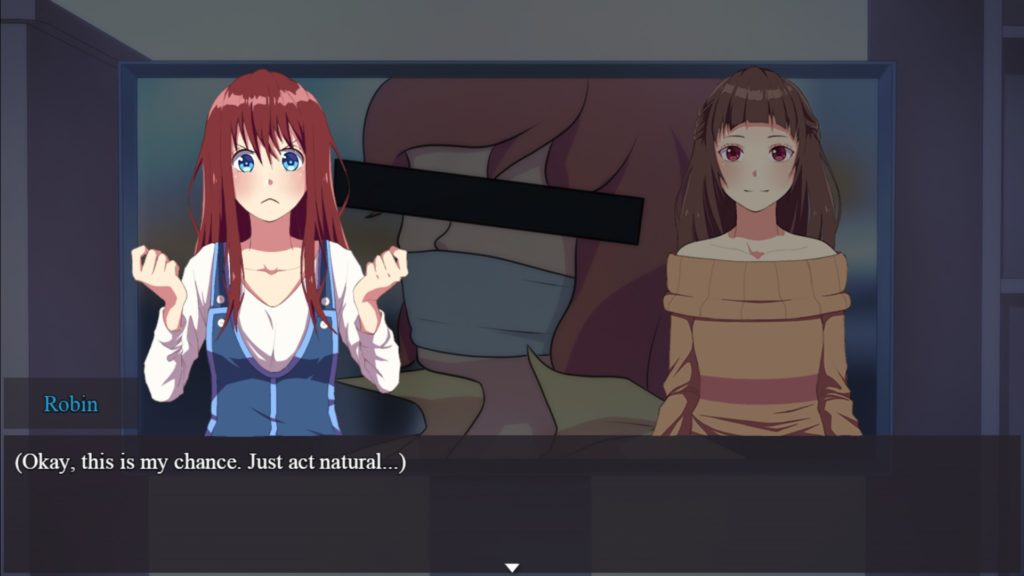 Don’t worry, Robin, you can do this!

Right from the get go, things get done that make me smile. The awkwardness of confessing that you like being tied up (or tying up), how a fair few folks realise they like bondage fairly early on, and self experiment. How just talking can make someone feel a little more at ease, or dialling it back some. How it’s good to set boundaries on what’s comfortable and what’s not. How yes, for all that how erotic forums are filled with some terrible usernames, the folks are mostly okay (Even if some of them are cheapasses. More on that later.) And that it does so while maintaining a light tone, and a little romance… Well, that’s icing on the cake.

Heck, it even manages to be safer for work, although that may disappoint some folks. After all, the focus in the modelling sessions, and indeed, in the story, is three folks bonding over a love of being tied up, and the knowledge that there’s no shame in earning a paycheck doing what you like. I can think of much worse messages.

So… Overall, you may have guessed that I like the writing in Bonds. You may have noticed I found the positivity charming, and the relationship dynamic to be a pleasant one. Where does the mileage really vary? 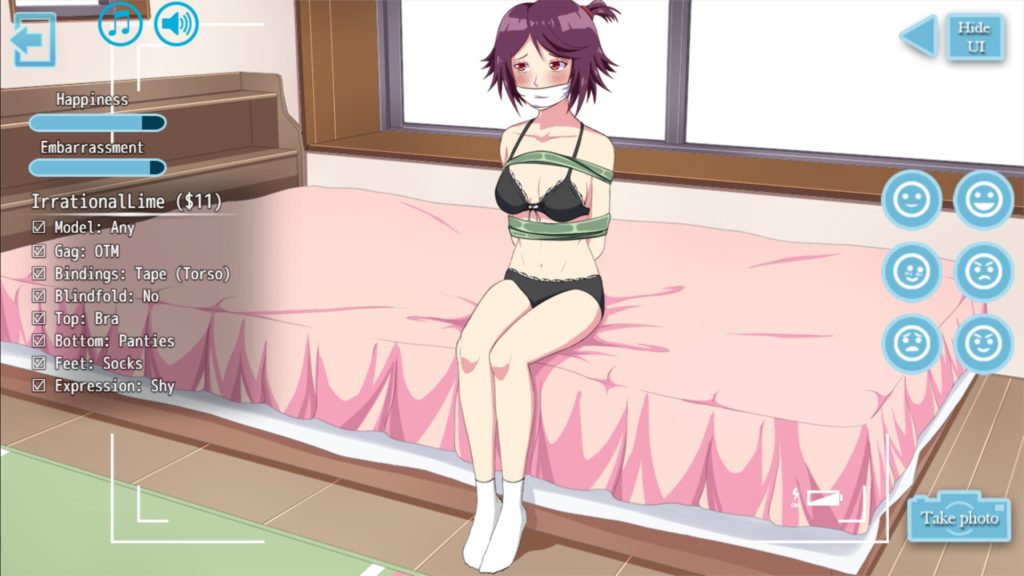 One other thing I appreciate is that a lot of modelling is expression on demand, and bondage modelling? No different.

Well, let’s start with it being a tadge short, running at around an hour and a half for a single playthrough. That’s not really a problem for me, as there are a couple of paths, the ability to replay chapters, and, of course, the photo session mode, which is a nice way to spend a little time. Still, I’m aware that’s a turnoff for some folks.

A little more irritating is that session mode… Doesn’t really play up to its full potential, while, at the same time, being a gatekeeper to the plot. There was mention of arm-binders, and, indeed, those are for sale, but, funnily enough, I never needed them. Instead, my problem was earning enough for yellow socks. Yellow socks are, for some odd reason, $200 , higher than even the arm-binders, and that… Well, that was confusing. Maybe it was a plot-thing I missed. Any which way, normal commisioners vary widely in their offered prices, and more than a few are, put bluntly, jerky jerkfaces. $5 for something I have to get stockings for? Geddoudaheah! $0? Oh, buddy, if you think you’re getting a freebie, step the hell off!

Koff apologies, that part is, alas, just a little too real. Finally, the interface is just a tiny bit kludgy, and it’s all on a single save. Chapters can be replayed to different results, and it saves your progress after each chapter, so that isn’t so bad, it’s just a little disappointing. Remember, click on choice, then click on choice again to make it. 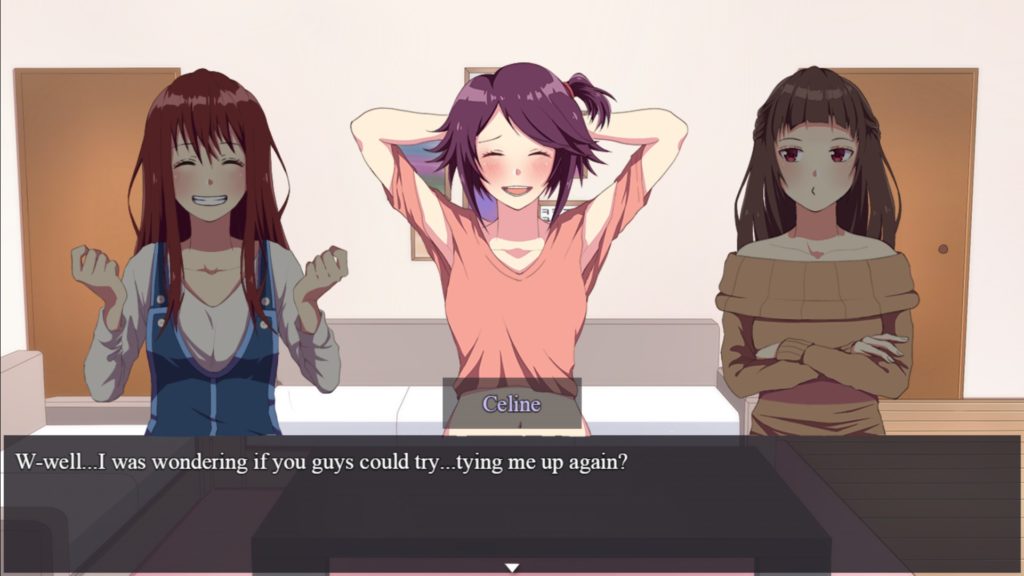 Honestly, I mainly put this one in because it fit well with playing the game more than once.

In summary, though, I like Bonds. It’s light, it’s positive about its subject matter, the art isn’t bad, the music doesn’t outstay its welcome, and I think, on the whole, it was well worth taking a peek at.

The Mad Welshman debated whether to put this one under the age-gate, but eventually decided to play it safe. It is, in fact, relatively safe for work despite its subject matter.

Filed under: Adult Only Games by admin