Mad Crown is an interesting roguelike, coming with its own art style and quirks. It’s also a game where having a friend who’s playing the game too can really come in handy, as once you lose your items (due to Total Party Kill), your options are “Share a code and hope someone picks your stuff up” or “Share a code with a friend who’ll pick your stuff up.” 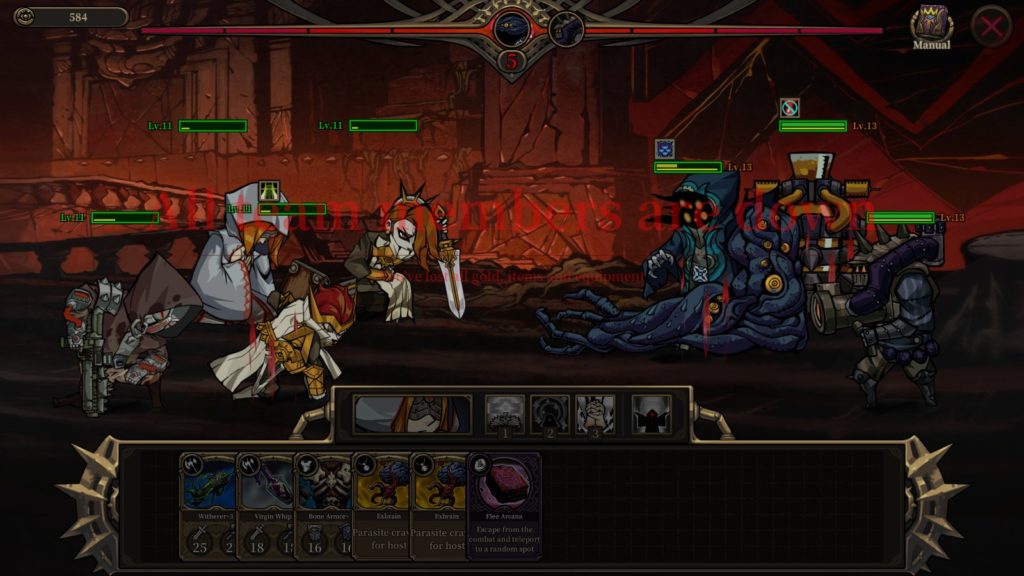 “BOW BEFORE YOUR NEW MASTER. Also give me all your stuff and run back to your camp yelling how great I am. Long live Lamda Omicron Lambda!”

There’s also the third one of “Ask Seggie to pick your stuff up”, but that rapidly goes into silly money territory. My Chapter 3 team, for example, lost their stuff, and that option now costs 3800 gold for them.

The story of Mad Crown is fairly traditional stuff in the modern day. Long ago, there was a crown, created by God, to grant wisdom. Now it’s vanished, and tentacley horrors with about as many eyes as they have teeth abound. Go get that Crown, it totally won’t have been cursed, and definitely won’t be the source of said horrors! But, honestly, it’s not the writing that really grabs me. It’s how it does its difficulty, and its aesthetics, that really work for me. Let’s start with the difficulty.

Essentially, as you progress through the dungeon, you accumulate Fel, a nasty, toxic goop that serves as a danger level. Let it get too high, and traps become more common, monsters get nastier, and you’ll, more often than not, be facing overlevelled opponents. It can be reduced, but you’re essentially balancing speeding through the dungeon (And not quite getting enough levelups or kit for the boss), and going carefully (More items, more levels, but you risk being underequipped.) 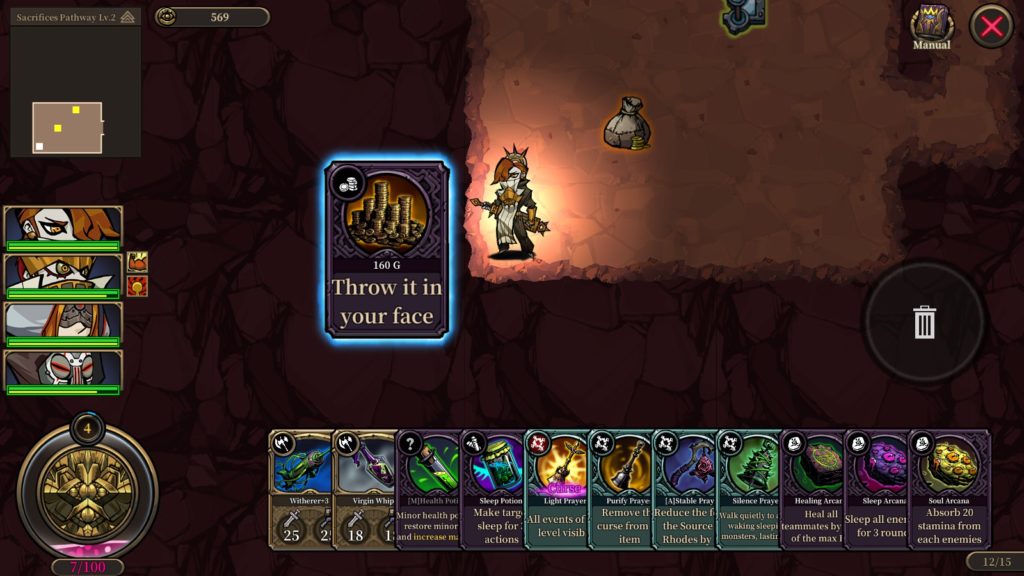 Some of the item descriptions, themselves, are quite good. Yes, throw that money, bask in that money, moneyyyyyeaah!

Now add in that, if monsters kill each other (A thing that can happen) … They level up. Significantly. It’s somewhat of a shock to suddenly see a level 7 creature triple its levels, and become your own personal nightmare. Sprinkle in some enemies immune to physical damage later on (The Gellyfish), monsters that steal your gold and run away, a lot of creatures having multiple attacks and status inflictions (Including Confusion), and you have something where thinking tactically is a baseline, and, by the halfway point of the storyline, becomes what is technically known as “Bastard hard.”

Is that a bad thing? It’s a tough call, because, as mentioned, your mileage on this will depend on if you have a friend or two who plays along, and can have your back, rescuing your stuff. If not, it becomes annoying as hell by the “halfway through the main plot” point (Let alone the later dungeons which add things that need to be identified.)

Still, its aesthetic adds just enough to keep it in the Recommended category, as it’s a somewhat unique one. Monsters look somewhat cartoonish, as do the characters, but it’s a style not seen elsewhere, and the music is calm when it needs to be, and hard, driven guitar when fights start. The cutscenes have a cool ink look to them, and, while there’s still a little jankiness in the translation, the Mandarin narration is interesting. 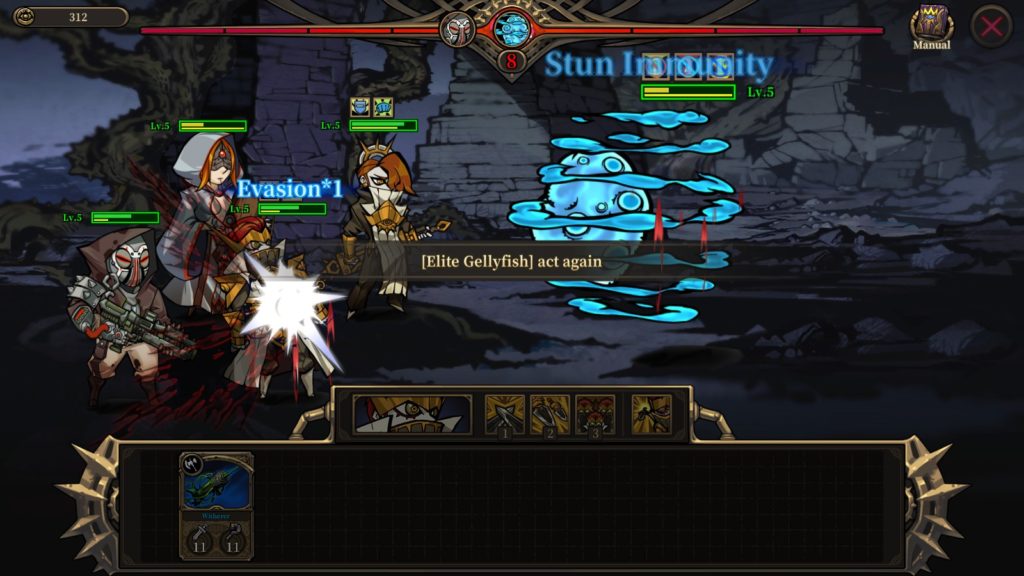 The Gellyfish. He’s an annoying little squib, especially if he’s on the front row. Smack him with guns and magic.

Overall, while Mad Crown’s mileage definitely depends on whether you’ve got a friend to play with you (or how much you like grinding through the midgame, ala Etrian Odyssey or other Nintendo-Hard RPGs), I quite like it. It does interesting things with its difficulty, it makes the threat of the monsters more than just their attack values, and this, combined with a cool aesthetic, make it a relatively solid game. Just… One that doesn’t pretend it isn’t hard.

The Mad Welshman appreciates a good experiment. Whether it fails or not, it adds a little to the phasespace of “What if?” developers can think about. I like that.