This is one of those times where I genuinely wish I could say more than “The developers continue to support the game and continue to introduce nice things.” I want to like Sword Coast Legends. I already like its voice acting, its environments, and how heavily abstracting the 5E DnD system makes it more accessible.

But right now, that’s just a wish. Because it’s clearly not for me as it stands. 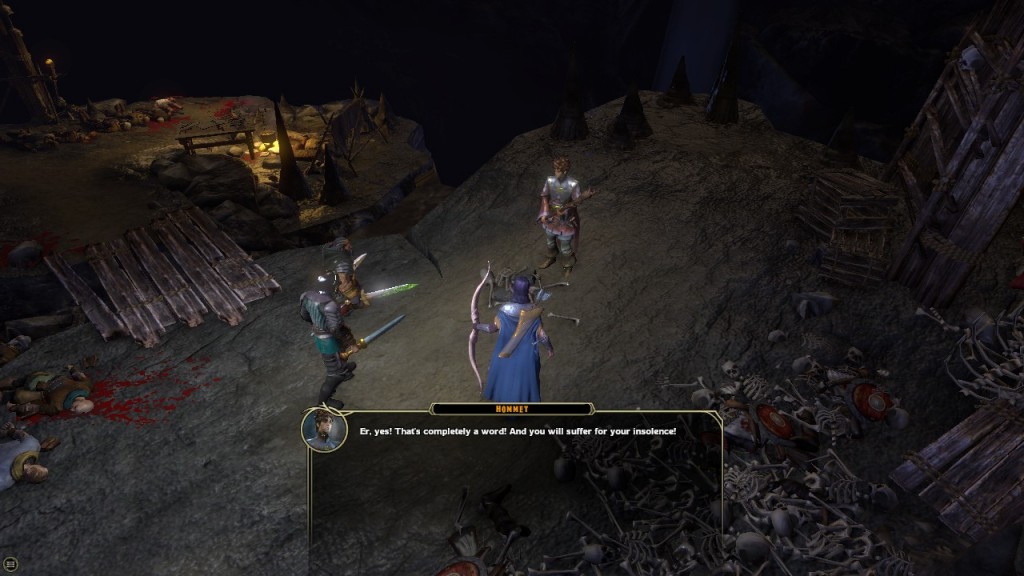 Hommett, a wizard who had been thrown out by the Harpells (A Bad Sign)… One of the many characters, with great voice acting, that… Just don’t grab me.

Sword Coast Legends, developed by N-Space, and published by Digital Extremes, just doesn’t grab me. It is improving, but it’s been almost two months since its release, and I fail to find the motivation to get very far, despite promises of an improved DM mode. And part of this, I feel, is that it’s quite clearly balanced towards a multiplayer experience. Dungeon Crawl mode, for example, has enemy groupings in its “Easy” dungeons that would quickly overwhelm a level 1 fighter, such as a pair of Level 2 Goblins supported by a pair of archers, and a shaman that keeps healing the bleeding lot of them. You don’t want to ask what happens to a level 1 mage, as the answer is nearly always a bitter frown and the word “squish” repeated in a deadpan tone, over and over. DM Mode is currently, and will remain until next month, a random dungeon generator where some monsters and simplistic quests can be added, and Story mode…

Look, I know that the Sword Coast is iconic. I know that Luskan is a hive of scum and villainy. I know that it’s right there, in the sodding title. But I’m somewhat tired of the Sword Coast itself, and I’m definitely tired of a plotline that can be summed up as “You might destroy the world you love because a great eeeeeeeevillll has chosen you to be its host!” 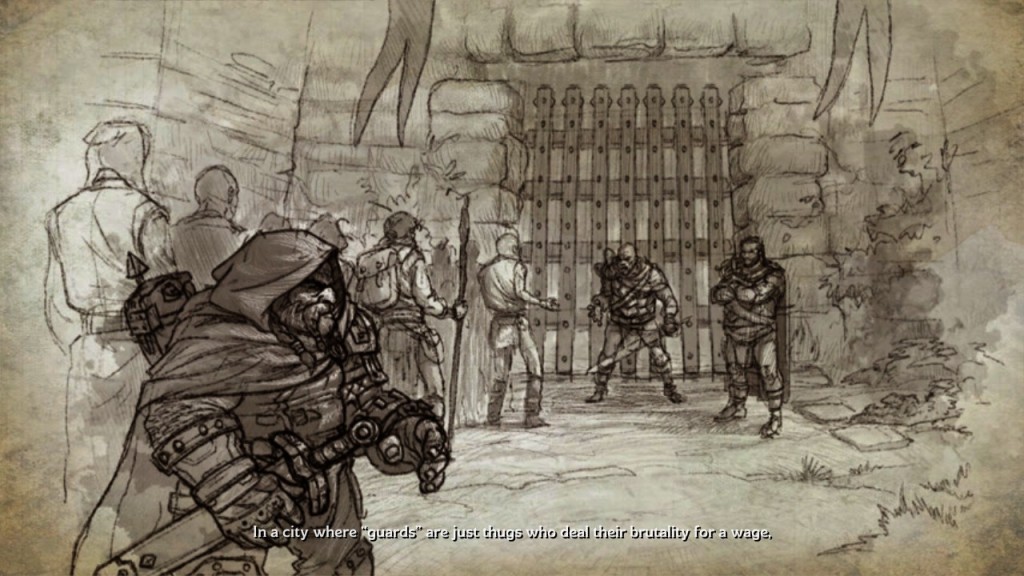 An Ancient Evil, if Forgotten Realms material to date is any indication, threatens Northwest Faerun once a week. I’m honestly surprised anything gets done in the setting, the amount of Ancient (and Current) Evils that are hanging around. It doesn’t help that the main players are introduced pretty much in the prologue (A Drowish sorcerer, some do-gooders who may have been tricked, some fanatical worshippers of Helm who may also have been tricked, and, of course, the Ancient Evil itself, a demon from the darkest, yet fieriest pits of the Abyss.)

This is all a terrible shame, because honestly? You can see a lot of love went into this, and the fact that N-Space Games are continuing to improve things says a lot. The voice acting is pretty damn good, and it felt right… Even the Scouse dwarf Larethar Gulgrin, which fits his character very well. The environments are pretty, and clearly abstracting the mess that is the Dungeons & Dragons Feat/Skill system into a series of easy to understand, and well compartmentalised trees? That takes effort, and it does work. The music feels like it could have been transplanted into pretty much any high fantasy game and still worked is more a comment on the genre’s conventions than the quality of the music (Which is also fairly nice.)

But how you feel when playing it is important, and I felt… Like it was busywork. Even with the pause for tactics that makes fights easier, you’re still going to be using the Stabilise (Get People Up Because They Fell Down) command a fair bit, and the items… This game is filled with vendor trash. So. Much. Trash. I have lockets and statues of various deities and rings galore, beer bottles and wine bottles and Luskan Coffee of various types… And I have no idea what might become important, and what’s literally here for flavour. The only things that are truly important to me are weapons, armour, and magical items, and, thanks to a procedural treasure system, beyond fixed drops, I’m never quite sure whether something I grab will be of any use whatsoever. Sorting through it all felt a chore, even with some of the ease of use features in the inventory. Combat never felt real to me, even with grunts and clangs and flashy spells going ZAP and thwaaaaBOOM. 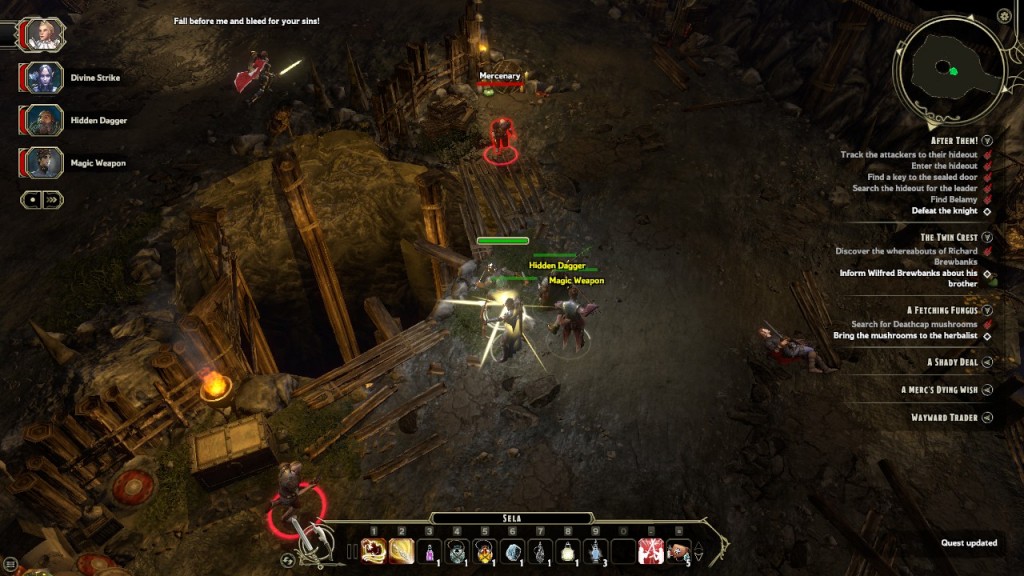 The abilities often have evocative names. That doesn’t always improve the experience.

This, honestly, is a damn shame, and, in the interests of fairness, I am going to give DM mode another chance when the improvements hit in December, because, as Neverwinter Nights proved, you can have a less than stellar story, and still be a game worth remembering because of its other features. Folks who are less critical of high fantasy’s foibles than I am may find this a more interesting game, but… It really does seem to be rubbing me up the wrong way, and that makes me sad for reasons I can’t entirely articulate.

The Mad Welshman examined the statue of Sune Firehair he had found in the Goblin caves. Even with her warm smile, her hair tastefully lined with amethysts and opals, she felt… Lost, somehow. Her gown was cracked, and dust had settled in her blazing hair. Undeniably beautiful. Undeniably precious. But, equally undeniably, another religious icon to place in his pack.