I missed Renowned Explorers the first time round, somewhat irritating considering I liked their previous offering, Reus, enough to put in 41 hours and 71% of the achievements before annoyance set in. Thankfully, with the DLC, I get to review not only this charming explore-em-up, but the DLC, adding two expeditions, some extra mechanics, and bonus treasure effects and events in the form of the Campfire Tales. So, before we begin, a quick summary of what Renowned Explorers is, for those who haven’t played. 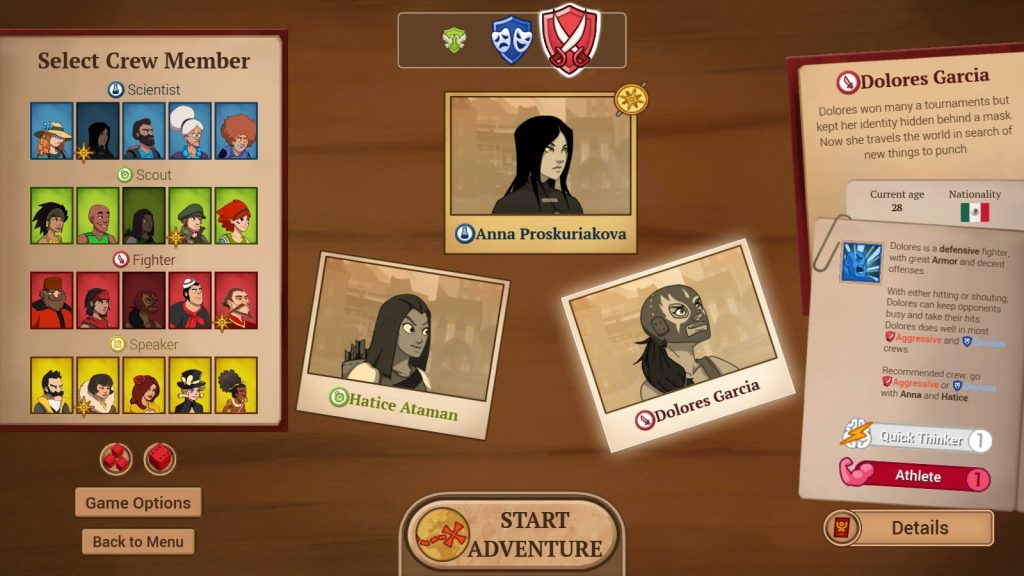 My first main team. I have all of them as Captains now, but still have some fondness for playing this lil’ group. I mean, how could I not?

Renowned Explorers is an adventure strategy hybrid, where you pick three explorers, a Captain and two Crew, from a pool of 16 choices (Although only 4 of them are available as Captains from the beginning.) Once chosen, their skills and stats work along one of three complementary paths: Aggression (Beating the tar out of things), Deceit (Making people feel bad, lying, cheating, etc), and Friendship (Being the Good Example to all tiny Explorers and Natives everywhere.) None of these paths are, strictly speaking, closed off to you, and good strategy involves mixing the abilities of all three to maximum effect (Only Friendship skills, for example, seem to heal, while Aggression Skills can lay the hurt on a number of foes), but it’s important to know your strengths, because by playing to them, you’re going to do so much better in beating your rival Explorer groups to the top spot, unearthing ancient artefacts, and discovering awesome things, sometimes involving sheep drugs.

No, I’m not entirely joking with that last sentence. 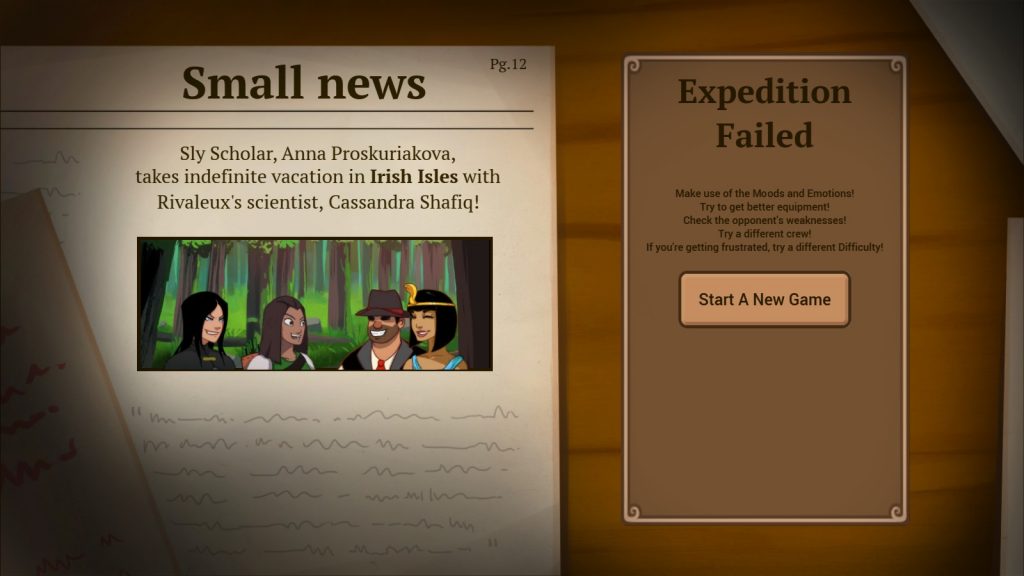 …sometimes, the implications of the unique game overs makes me want to go have a lie down [fans self]

The new content, the Andes and the Lost Island, are, as you might expect from the part of the DLC meant to buff the endgame, tough. In fact, on my very first almost successful run, it was picking a fight with the natives that did me in. But along the way? Oh wow, those campfires made a difference! After my first expedition, I unlocked a captain story, and in nearly every game since, I have been enthusiastically teaching one of my crewfolks the joys of science, building a new friendship, and not only getting free skills, but awesome discoveries, and the warm glowies from creating a science-based friendship that will stand the test of time, no matter how I fail… And fail… And fail…

…And also kick righteous buttock, such as out fighting Tommy, the not-bright, but tough member of the Rivaleux, out charm Cassandra Shafiq, the temptress of the same team, deal with a possession by the evil Erzbet Bathory (She of the controversial Virgin Bloodbath Makeover Treatment), and rob tombs all over the world, from Ireland to the Andes… 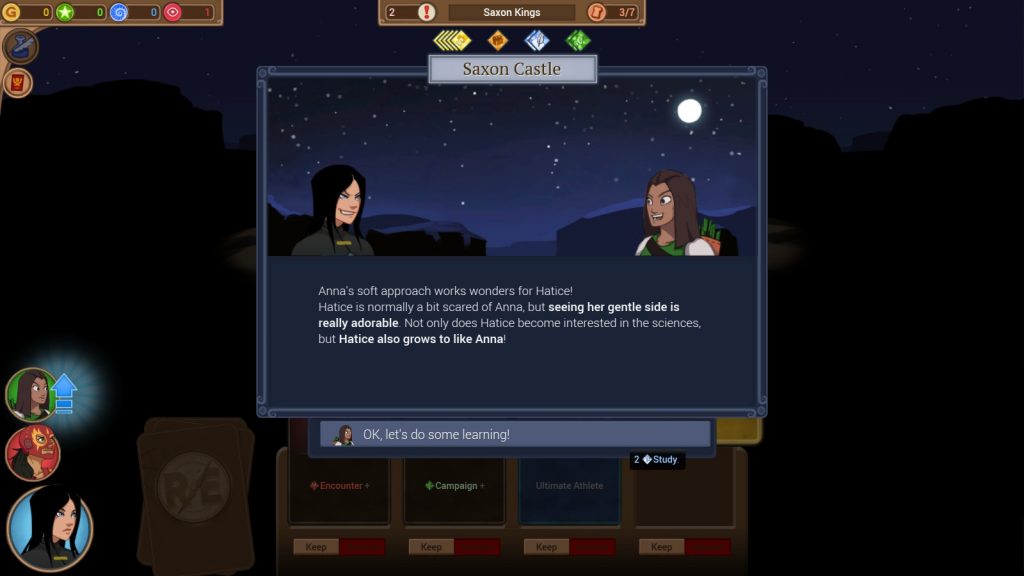 …So if you like feeling like a combination of Carmen Sandiego, Indiana Jones, and Lara Croft, don’t mind turn based combat, and love a good procedurally generated exploration story game, then Renowned Explorers just got more awesome, and while the DLC isn’t necessary to its enjoyment, it most certainly helps, and is worth a look!

The Mad Welshman is currently on indefinite vacation with Erzbet Bathory. 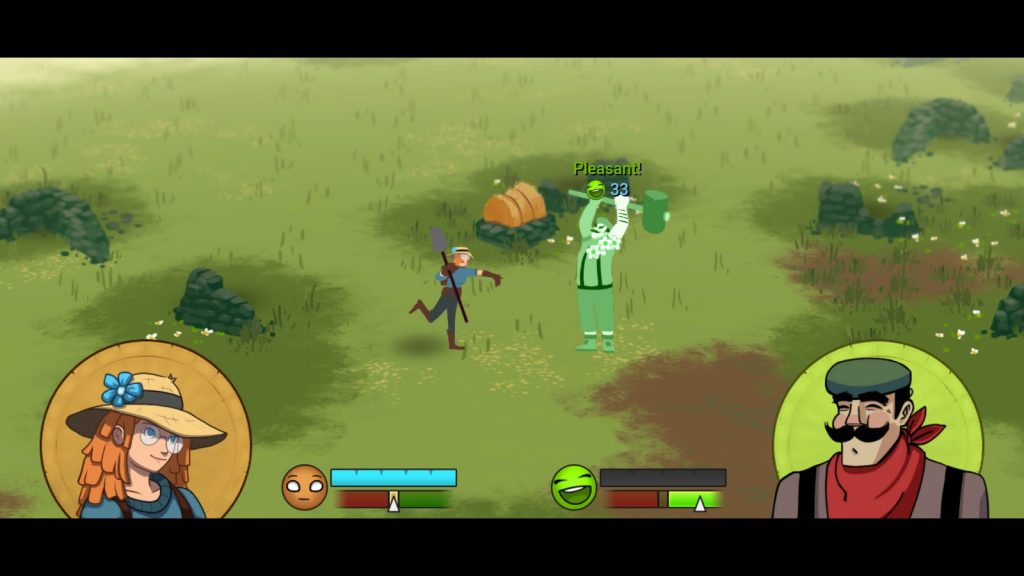 Let’s end it on a high note. FRIENDSHIP!