Source: Review Copy
Price: £29.99
Where To Get It: Steam, Official Store

Battlefleet Gothic: Armada (or Armada, as it’s going to be referred to for the rest of the review) is an adaptation of Games Workshop’s spaceship battle tabletop game where, in the grim darkness of the future, there are only chiselled jawlines. It preloads, and this can, in some cases, take a while (2 minutes at best, 10 at the worst I’ve seen it), but once you’re in the game? It’s fairly entertaining! 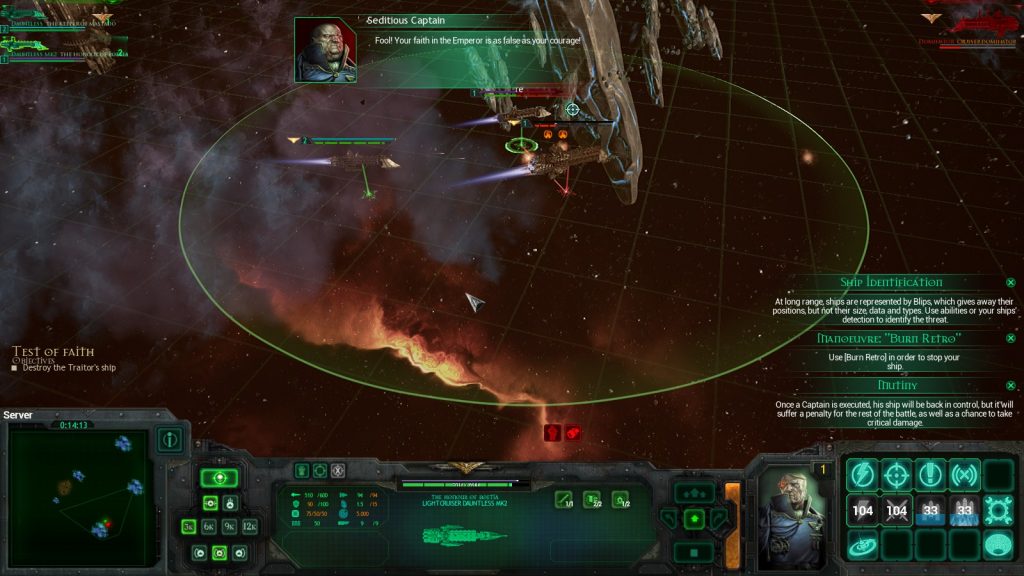 Well, *one* of us isn’t relying on just his faith to win the battle… Idiot…

As such, however, I want to get the bad out of the way first. The game does not tutorialise terribly well, as the campaign focuses on the Imperium of Man (As 90% of GW licensed properties in 40K have done), and so getting a handle on the other three factions currently in the game (Eldar, Ork, and Chaos) is a matter of experimentation rather than being shown. Occasionally, the camera will refuse to co-operate until you reselect a ship, for reasons I have yet to discover. And the multiplayer needs work, with some factions requiring more micromanagement using limited Tactical Cogitator time (Slowdown, basically), and matchmaking needing improvements. Thankfully, these are at least on the development roadmap.

Now to the good: The campaign is well presented, and teaches some skills as it goes along, such as boarding actions, auto engagement, and the fact that losing a mission is not, as in many strategy games, a game over, but more of a setback than anything else, so, while savescumming is do-able, and a valid way to play, it’s by no means necessary. Of course, being 40K, it’s both dark and silly at the same time, so the second campaign mission, involving Ork Freebootaz (Orc space pirates, basically) is introduced by a cutscene that begins with… Gretchin (Space goblins) being fired out of a large gun, and being surprisingly pumped about either impacting another ship at high speed, or missing and asphyxiating in the cold bleakness of space. That image alone… Is actually a pretty good summary of 40K. It also provides an excellent example of how defeat will make your job harder, as losing the convoy in this second mission adds more rebellious worlds in the area, as, unsurprisingly, people get unhappy when they’re starving. 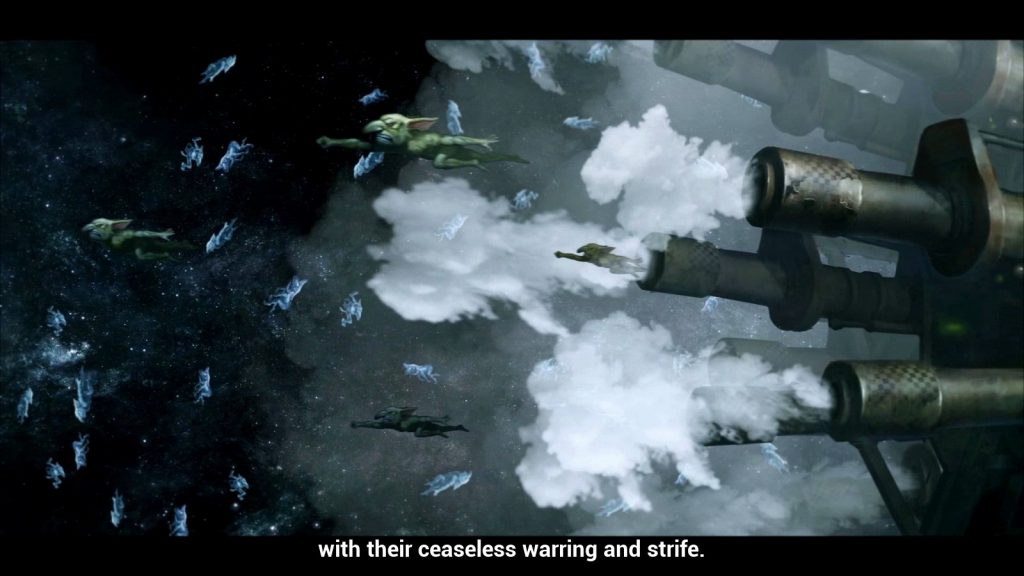 Aurally, it’s a treat, with a lot of good voice acting, some suitably dramatic music, and some impactful sound effects that really make space fighting fun, and visually, it can be quite cool, although often, you’ll be too zoomed out to truly appreciate the majestic ships and barrelfuls of dakka, and the Tactical Cogitator filter… Slightly detracts. But as far as adaptations of Battlefleet Gothic go? It’s priced fairly for even the campaign, and, so long as you don’t mind using Skirmish to get a handle on the ships of non-Imperial factions, the multiplayer’s quite fun too. 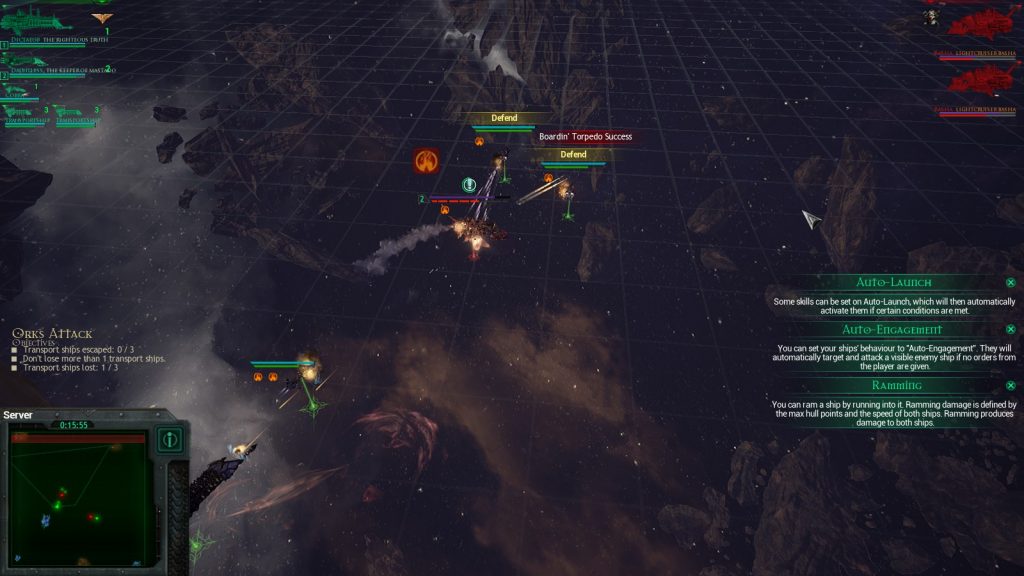 Unsurprisingly, things go horribly wrong sometimes. This will soon be one of those times.

The Mad Welshman checked the Holy Manual of Shooting Things Very Dead. The instructions were simple, and, once his visex had… What do you mean, the terminology’s all wrong?