Source: Review Copy
Price: Approximately £3 ($5 USD)
Where To Get It: Itch.IO
Other Reviews: Early Access 2, Release

Sometimes, the breadth of what people will experiment with interests me greatly. Asteroids, for example, is a simple formula, and yet, believe me, there are games that screw with that formula, some good, some bad. But I’ve had yet to see a game that experiments in order to encourage movement in an Asteroids game, and R-Coil, by Mike T, is one such game. 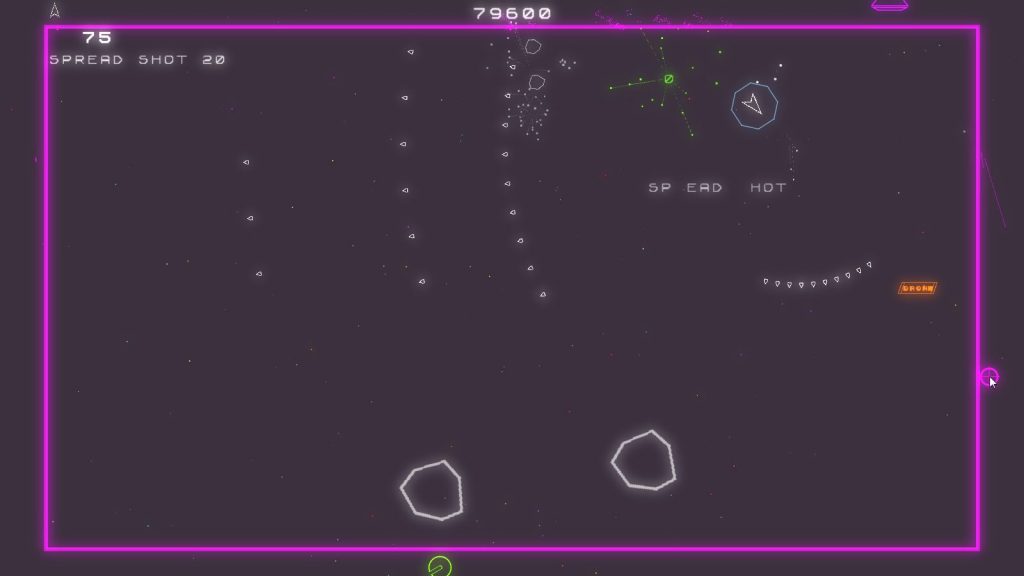 The spread shot is very nice, but one of the weapons to seriously push you back. So be careful!

If you’ve ever played Asteroids, you’d have the general idea: There are rocks, and you blow them up for some score. There are enemies attacking you, and you blow them up for a better score, while trying not to get blown up yourself. As in some Asteroids games, there are nastier enemies, and bosses, and yes, blowing them up involves big points … And a higher risk of dying. There’s a variety of limited use powerups, from the Death Ray, to drones that back you up (and serve as a shield.)

But the main thing is that R-Coil, when playing with the mouse, at least, is a one button game. Tapping the left mouse button fires, while holding it down thrusts. And so, not only do you have less control over movement than traditional Asteroids, you also have to consider that weapons fire knocks you back, from “A little way back” in the case of bog-standard bullets, to “WHEEEE!” in the case of the Death Ray. It is, in the scheme of things, a small change… But it makes all the difference, and remains challenging rather than frustratingly difficult. Only a few enemies fire shots directly at you, and those can quickly be prioritised due to the mostly clear visuals on the game (Screen shake and shudder can, at the time of writing, be turned on or off to taste.) 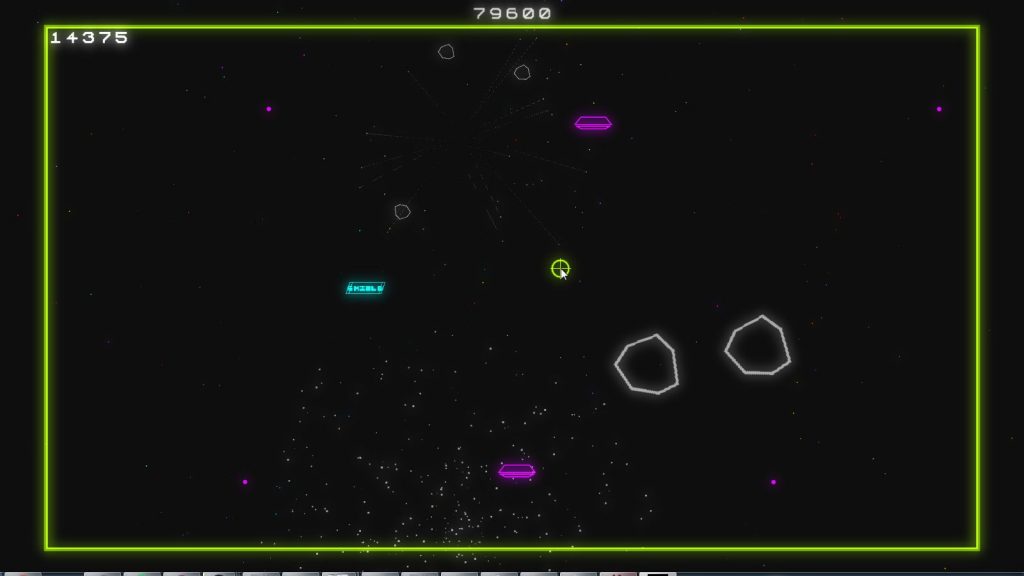 Alas, sooner or later, your lives run out, and it’s time to put another quarte- Oh, wait, no quarters needed? Isn’t progress wonderful!

As such, the game is one of those simple to play, but hard to master type games that I kind of enjoy, and the vector style graphics (inspired by the original Asteroids games) are pretty nice on the eyes. A little less nice on the ears is the retro beeps, boops, and sine noises that come from your weapons, especially the laser, although that may be subject to change, since the game is effectively in a fairly polished alpha state. It doesn’t have much of a story to speak of, which is skippable, and this works. Games don’t always need a story. Adding to the fun is the ability to locally co-op with both other players, and with AI companions, and a duel mode with the same features.

So if you like retro shooters, R-Coil is currently available on Itch.IO, quite clearly informing you that it’s still in development, is approximately £3 ($5 USD) , and, to arcade fans like me, seems quite enjoyable, challenging without being arsey, and, generally speaking, a fun time. Worth a look. 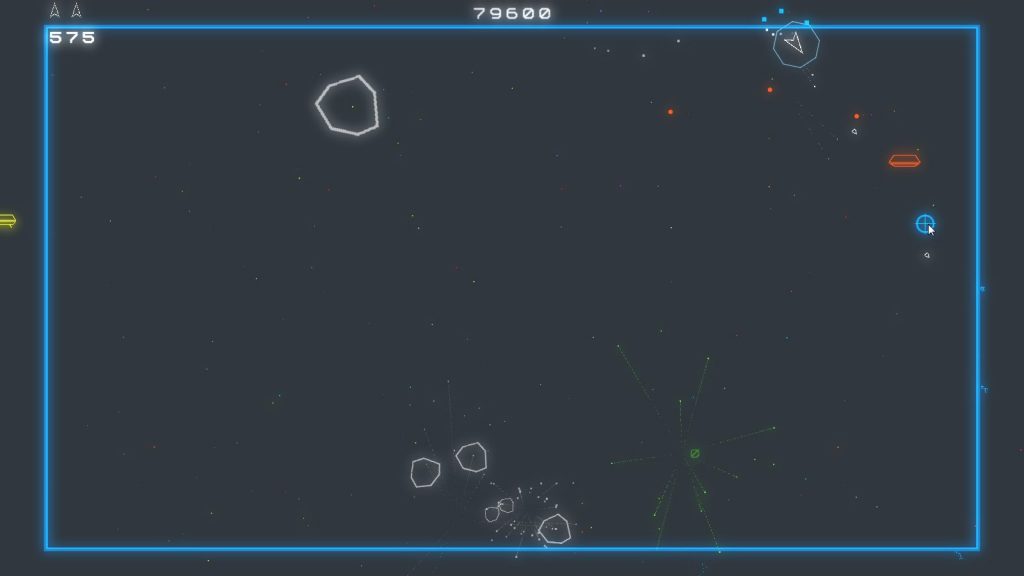 Of course, one of the problems with screenshots is that they don’t sum up quite how the pace of the game is quick, but not overwhelming. These are but moments in a smooth experience, taken out of context.

The Mad Welshman is a fan of reworking old things in more fun ways. Why, a death ray that expands? GLORIOUS!