I’m getting really tired of the word “soulslike.” I’m not ashamed to say this, because, like many game development fashions inspired by at least okay games, it can vary widely. Immortal Planet, sadly, is one of those that just doesn’t gel with me. Partly because it is as slow as advertised… And partly because it isn’t. 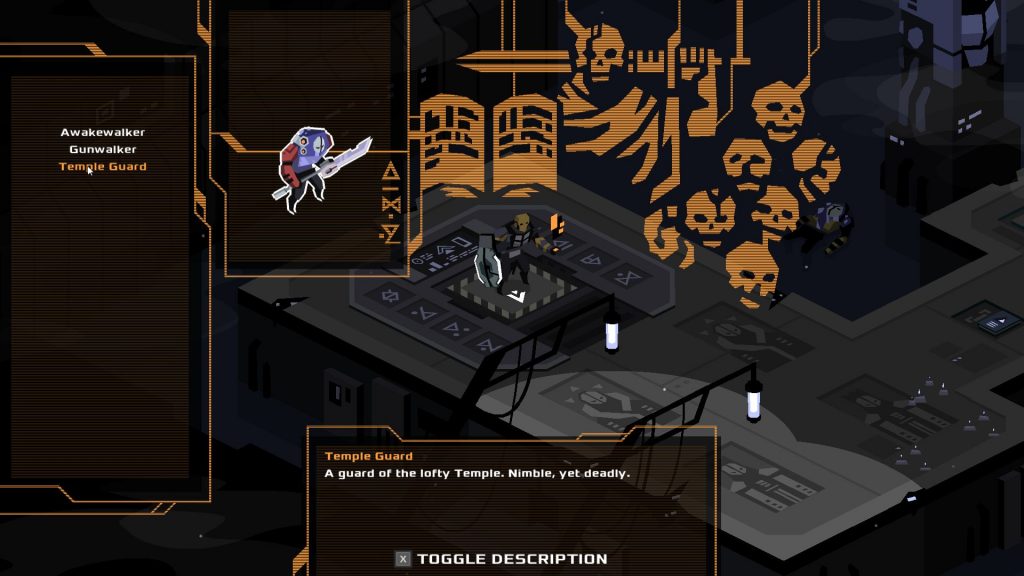 The game has an inventory, built up as you go through the game, weapons with multiple modes, and, of course, skulls and masks. A fair few of them.

The story is relatively simple: There is a planet, filled with folks who just won’t die (The justification for respawning enemies whenever you rest/level up.) It’s mysterious, and you, one of the big, hulking masked folk that populate this world, are a prisoner. Tromp and stomp and murder your way through the 5 bosses and 52 rooms. I know it’s 5 bosses from the achievements, and I know it’s 52 rooms because, for some odd reason, the room graphics are right there in the game’s directory (Found as I tried to get windowed mode to work. Which it still doesn’t seem to.)

Problem is, the game is frustratingly grindy, and, while the walk speed is slow (and the run isn’t a whole lot better), the combat is quick exchanges. And, like a Souls game, everything appears to be made of bricks that are made of bricks until you level up. Slash slash backstep to recover and let this fool get his two attacks off slash slash dead. This guy’s near an edge, haha, wait block dash the sod into the black ether and get the XP so much easier. Slash slash sla- dammit I’m out of stamina, backstep get hit get hit dammit now I have to use a healing item. So yes, it’s slow in one sense, but the fights are, comparatively, quick, twitchy exchanges. And then you meet the first boss, and realise another area the game is slow.

Block, slash, ohgods I barely scratched him, and even through my block that hurt. Slash, wait, he’s got a melee punish move, ohgod I’m almost dead, try to ba- aaaaaand dead. Lose all my XP, lose my healing items, reset, restart. 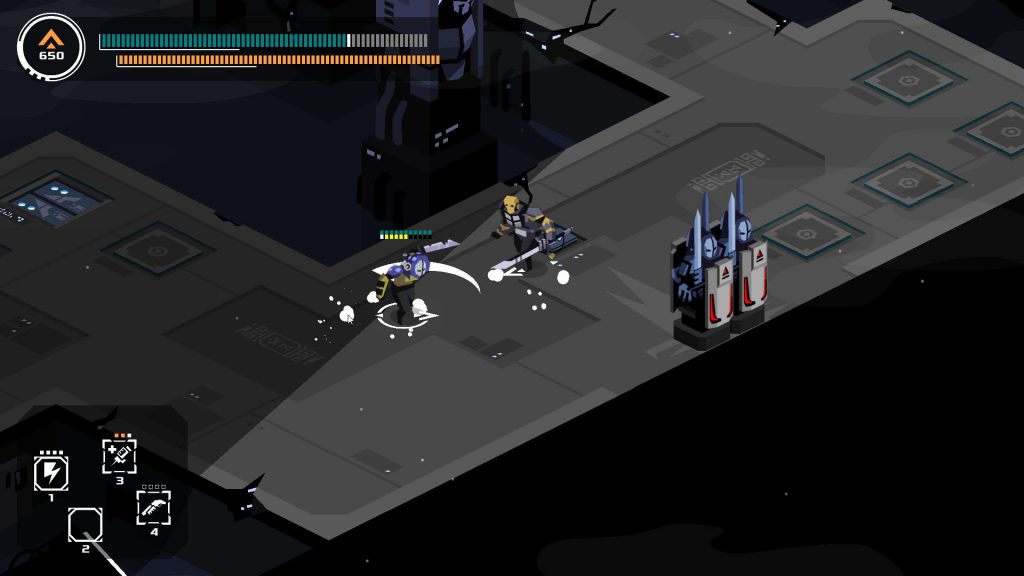 This enemy is about to be punished for having a dash-two slash combo that’s easily avoidable. His compatriots can be a lot more challenging.

Immortal Planet is not the friendliest of games. Funnily enough, though, most of this is feeling. On leaving a session, I was surprised to note that three loops around the first hub, combined with two deaths (one my fault, one due to somehow dashing off a cliff to my death when I’d intended to push someone else off the opposite cliff) took around 20 minutes. It felt like a lot longer, not least because while the game has sound (and some quite meaty sounds for the weapons too), it doesn’t have music, per se. Snatches, here and there, like when you die, but mostly, it’s silent, with that tromp tromp tromp tromp tromp of walking around the main punctuation for a lot of the time.

Eventually, I got used to the combat, which involves being as risk averse as humanly possible, and taking advantage of the fact that the enemies’ charge attacks are, for the most part, easily dodged, and well telegraphed. Now, I mention being risk averse, and you may be saying “Dark Souls also encourages risk aversion” , but this is not quite true. It involves calculated risk. While a single loop around the first area and level up purely into Strength (Damage) will ensure two of the first three enemy types will be chumps (Taking around 5-10 minutes) , the third enemy type (and the first boss) will punish you heavily for a mistake, and no, there is no option to just level up. You can level up and rest, resetting all enemies and any items you may have found beyond your basic allotment, or you can not level up. Bosses have multiple health bars, and, despite the fact it doesn’t actually take all that long to play, the grind and seeming slow pace makes it feel much longer than it is. 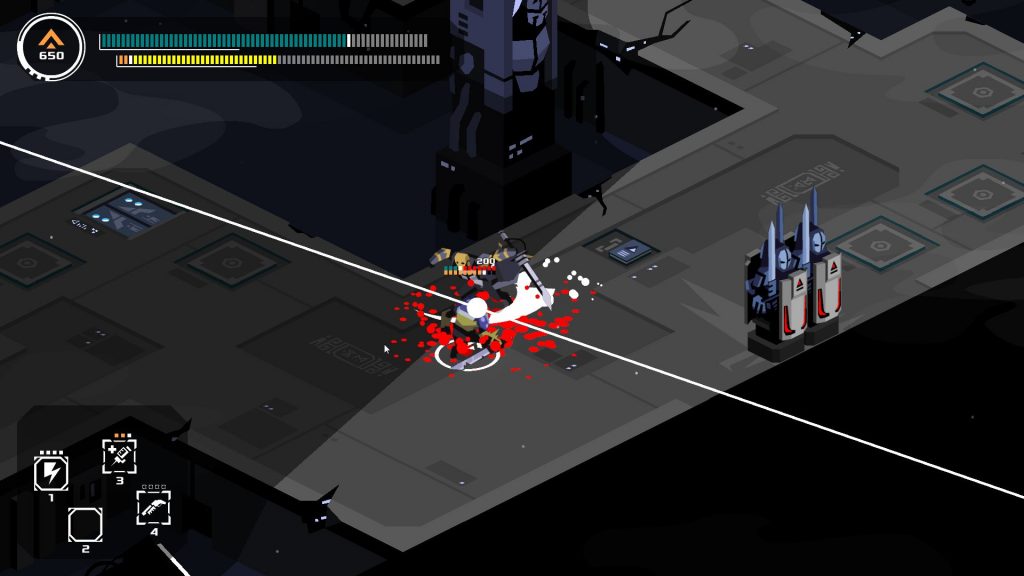 This exchange will take only a few seconds, but at this point, he’s already dead. If I’d misjudged, it would be *me* who was close to death.

In the end, Immortal Planet is very much a deal of “Your Mileage May Vary.” Myself, I prefer a different pace, and find elements of the game feeling iffy for me, but I can see how someone who wants a bit more challenge might enjoy this game. Aesthetically, it’s very clean, it has a moderately interesting story, but, alas, it’s not for me.