Puyo Puyo, a game about matching pairs of blobs into groups of four or more, preferably in chains to Mean Bean your opponent into submission with drops of blobs from above that can only be broken with a match (and often, block matches.) 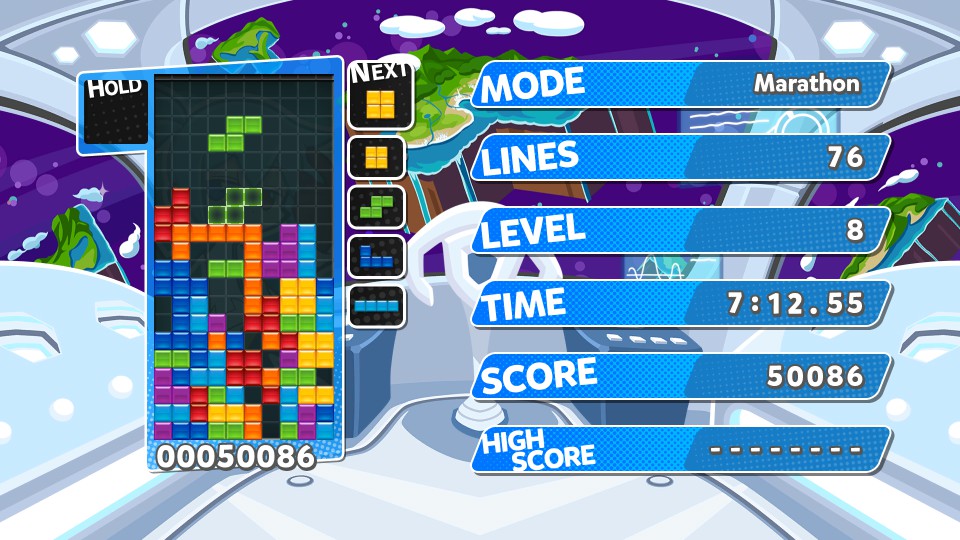 Crap. I am, it seems, Tetrising awfuls today!

Tetris, a game about matching tetrominoes into neat, tidy lines, preferably of four, in order to slam your opponent from below with dead lines, each having a gap that may or may not be easy to clear.

It was sort of inevitable, really, that the two would clash. And so they have, in the aptly named Puyo Puyo Tetris, which, yes, has been out awhile on consoles and handhelds, but hit PC a short while ago, and you know what? It Does What It Says On The Tin. And then a bit.

That “bit” would be the extremely silly Adventure Mode, the story of two (Well, technically three, but mainly two) universes colliding, with both of those worlds seeing a ‘Mino or a Puyo battle as means to… Well, let’s see here… Calm someone down, rile someone up, think clearly, stop a spaceship from crashing, forge eternal bonds of friendship… And these are all examples from the first chapter and a bit. Let’s not forget a clear menu system (Loud… But clear), a lovely soundtrack, unlockables out the wazoo, puzzle modes, challenge modes, and a decent tutorial set if you’ve never popped Puyos or lined up a Tetris. 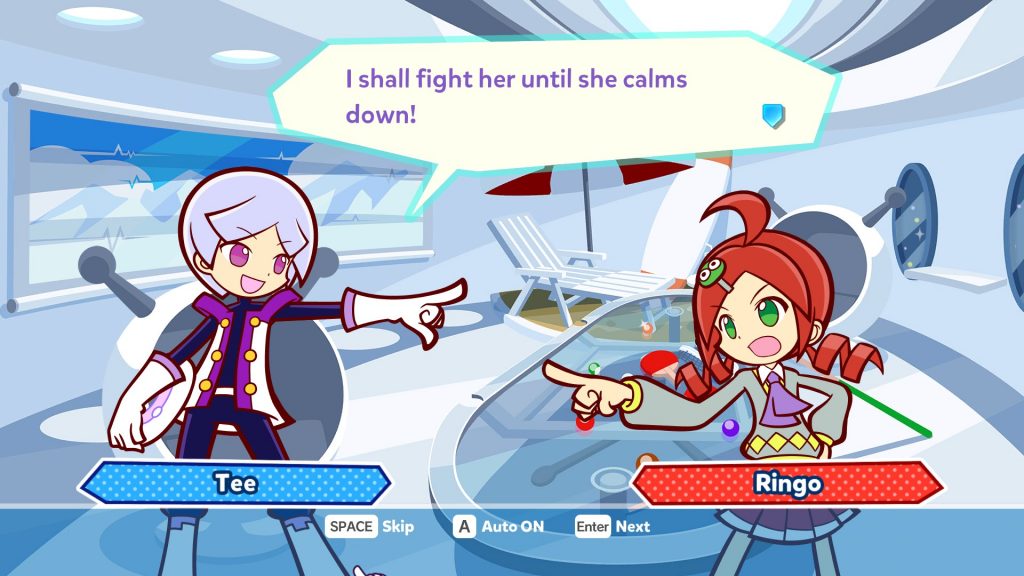 “I shall also be engaging in Tetris-Puyo battles to clean my dishes later on!”

But it should also be noted that the game seems to expect you to have checked those tutorials. Some of the timed levels I had trouble finishing before remembering the insta-drop of Tetris, and Fusion mode, which you will encounter sooner or later, is somewhat devilish because of the way Tetrominoes and Puyos mix… Which is to say, one sinks to the bottom, pushing the other to the top.

With each character having small changes and specials that add extra variety to play, I’d say that yes, Puyo Puyo Tetris is worth a go if you’re either a Tetris or Puyo Puyo fan… With, of course, the best experience coming from getting to know your quirky friend. 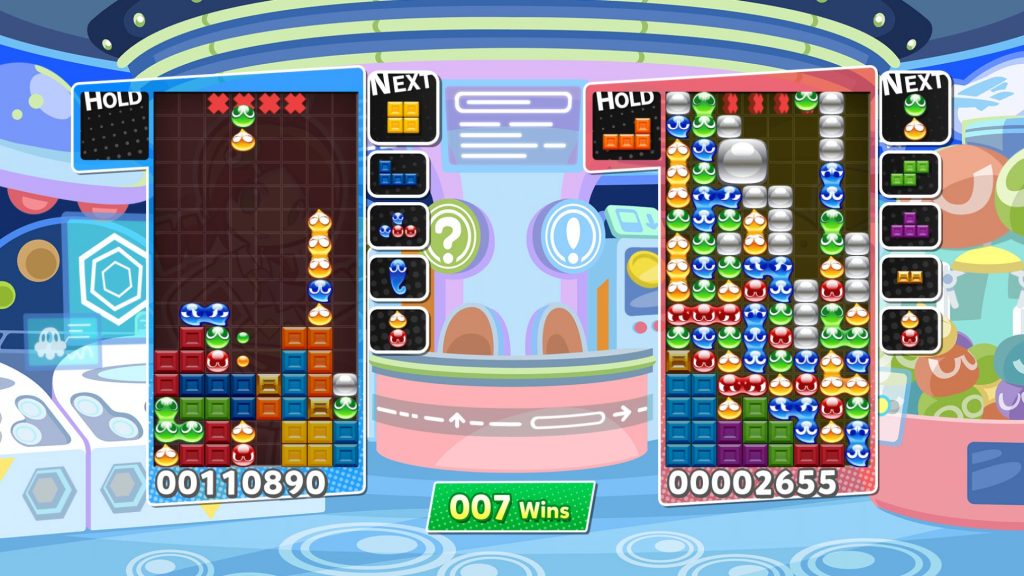 The Mad Welshman doesn’t hand out the Does What It Says On The Tin award as often as you’d think.