Source: Cashmoneys
Price: £1.69
Where To Get It: Steam

Okay, I was not expecting this. An asteroids inspired shooter, with RPG elements, completable in less than 2 hours, but pretty replayable due to lots of variety, and some extremely chill synthwave, for less than £2. 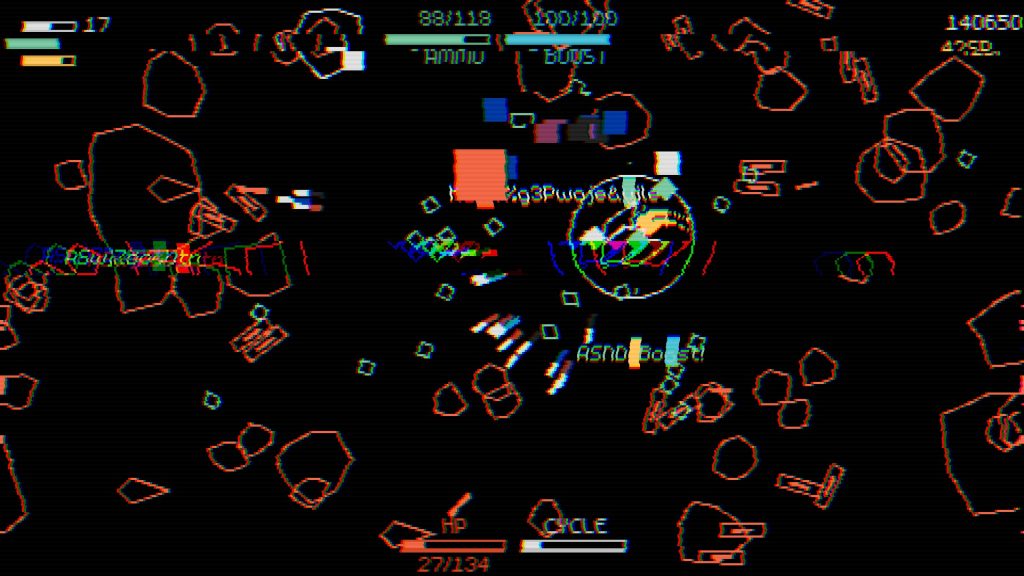 Bytepath even has a minimalist story: You are a program, told you can escape whatever system this is with the tools you’re given, and four hash keys, gained by surviving for 40 waves of asteroids, enemies, and power ups. Up starts and boosts, left and right turns, down brakes, and firing is automatic. Easy as pie, right?

You don’t even have to do it in one go, and the more you play, the more powerful you become. So, your first time, you build yourself up, build yourself up, collecting skill points in play until you buy the classes, device, and passive skills that net you level 40, and…

…Well, I won’t spoil that for you, but I’ll tell you two things: It took me about an hour and a half (and I could, apparently, have very possibly cut a good 40 minutes off that), and, on beating the game, I noticed… Ahahaha, there’s more to do. Will it change the ending? Unlikely. Is it something I can just try for, for replayability’s sake, and because the game’s low pressure? Yes. 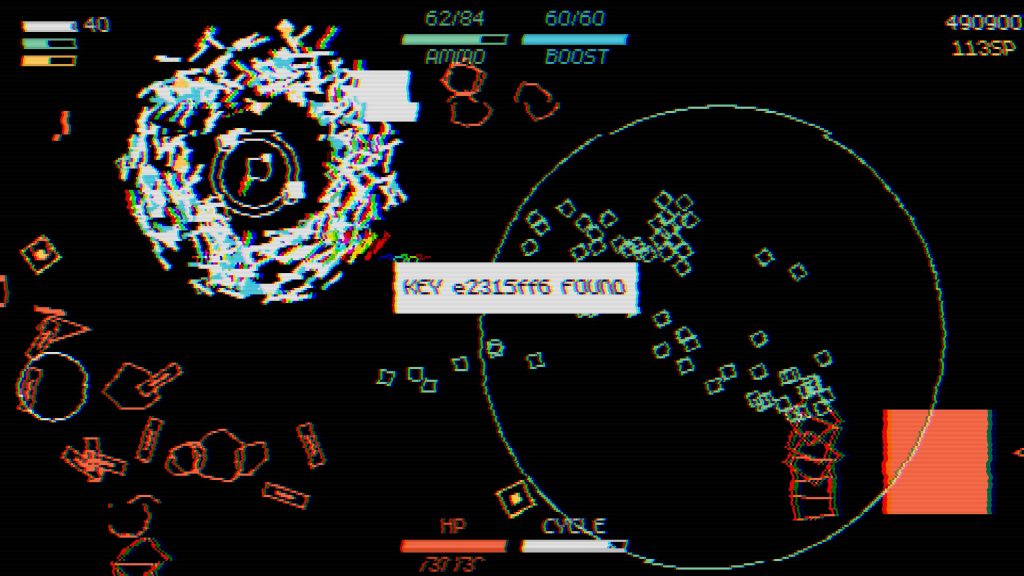 …To the Cheeswheel of Death.

It’s mildly strange, actually, to see a confusing mess of pixels that largely only makes sense while you’re playing, and that statement that it’s relaxing, because the sound and music really do help. Relaxing synthwave steadies the nerves, reminding you “Hey… You’ve got all the time in the world. It’s okay if all the vectors want you dead, really it is”, and the ballet of death is almost rhythmical.

So, colour me pleasantly surprised by Bytepath.

The Mad Welshman hasn’t much else to say. I mean, after unlocking Wisp, what CAN be said?