Mount Your Friends 3D, also titled “A Hard Man Is Good To Climb” , is many things. A party game. A work of sculpture, different with every play, but following roughly the same design ideals. Homoerotic testament to extremely buff men with tight posing pouches… 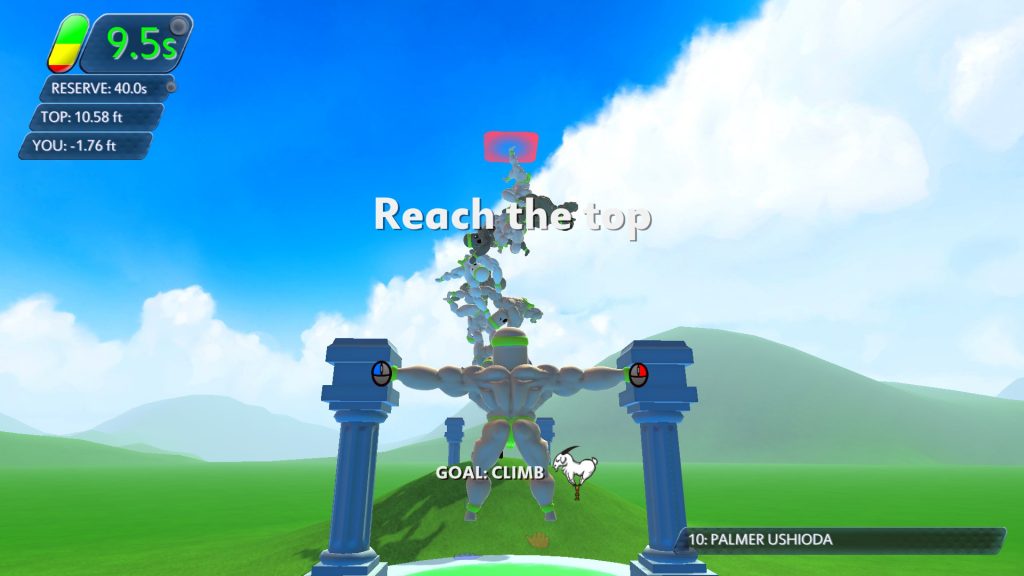 The goal, so simply and plainly expressed. Beautiful.

…Okay, so that last one’s stretching things a bit, about as much as the posing pouches on the mounting friends of Mount Your Friends 3D, perhaps… But the party game bit is definitely true, for lo, Mount Your Friends 3D is a competition in which you and some friends both form a mountain made of buff men, all trying to strain higher from the base that is… A goat on a hill, on a pole.

No, don’t ask me, I don’t know either. In fact, beyond the facts that firstly, the game is indeed fun to play with friends, and challenging too, the basic rules of play, and that it has a lot of grunting and groaning as your buff, sometimes sweaty, sometimes sparkly avatars attempt, in a set time, to reach the pinnacle of Man Mountain, setting a new bar for the next one, and the next, and the next… Hold the pose, and the height, for three seconds, and a new record is set, and the next player’s turn is taken. 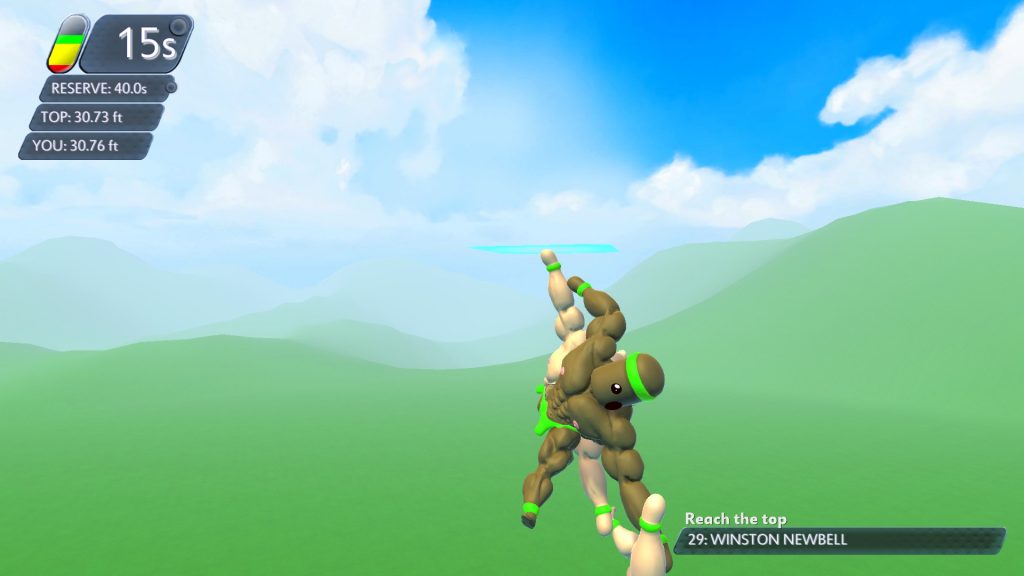 …It’s a very silly game. But tight controls, a similarly tight control scheme (Hold left or right mouse to release your grip and control said limb, release to hopefully grab onto whatever you were wanting to grab onto), make the title so very true… A hard man is good to climb. It helps that there’s added variety, both from unlocks by playing the game (Customisation options and chat stickers, the means of communication between players), and in its game modes, at least some of which are deceptively simple looking.

Take, for example, Spiral mode. At set heights, the men are replaced by a long 3d block, at an angle to the one before it (hence, Spiral.) At first, the blocks make things easier, but, as it gets higher, the spirals get harder to climb, with less room for error, until… Oh no, you fell down, and spent all your reserve time on the way back up. Oh well, keep watching, friend, this is how… Oh no, I fell down, and spent all my reserve time on the way back up… Good game, folks, good game! 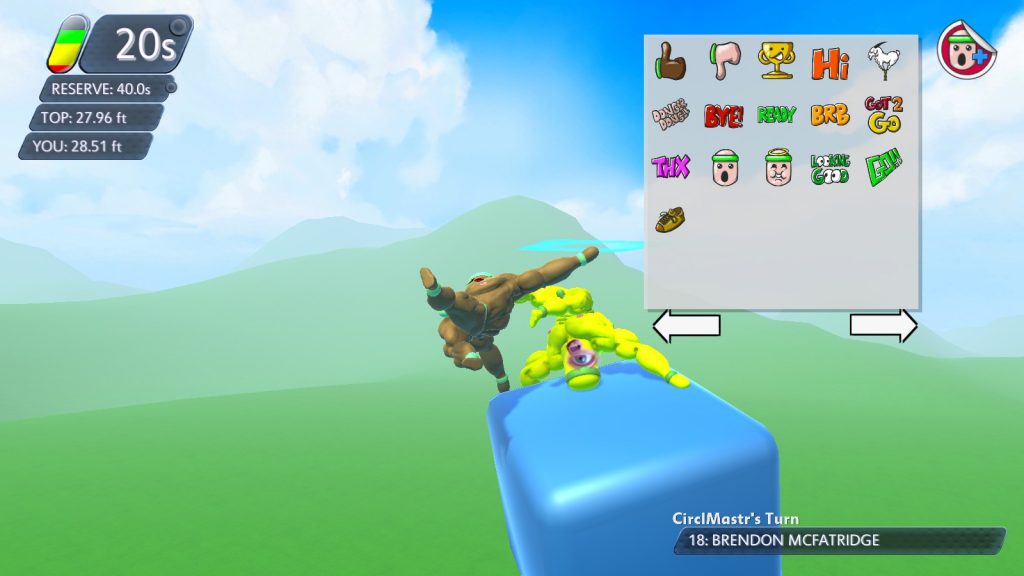 And this collaborative piece, entitlted “We will hit the Minions memes with large blocks and buff men.”

There are others, of course. Standard, classic, low gravity, ones with and without blocks, but through it all, there are three constants. Firstly, that it’s fun with friends. Secondly, that buff men and a goat are always involved. And thirdly, that it costs less than £6 , for something with a fair amount of replay value, a lot of silliness, and pretty accessible play.

The Mad Welshman is, you may have noticed, pro buff men in tight posing pouches.