Return of the Obra-Dinn (Review)

It says a lot, either about my own media consumption or the Obra-Dinn, that nary an eyebrow was raised at its sharp turn into the more supernatural. I was too busy worrying about how to identify the crewmen, and whether what was sticking out of them was swords… Or spikes shot from demon crustaceans. 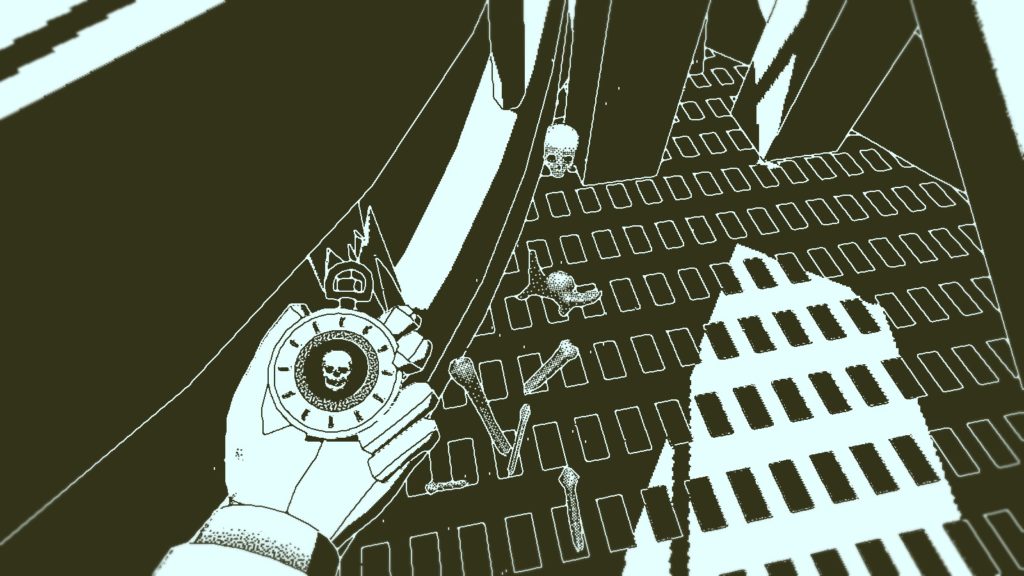 Sometimes… There just isn’t that much of a corpse to see… Eep. o.O

Just another day in 1800s insurance, using my Memento Mortem watch to wince at the gruesome deaths of almost an entire ship of people, then ticking off boxes like “Was Murdered By A Grue” or “Mutiny Related Causes (Not Covered By Policy, Fine Their Estate For Criminal Charges).”

The Return of the Obra-Dinn is, in essence, a mystery game, in which you, the unnamed insurance agent with a watch that can relive the last moments of the dead, attempt to discern precisely what went on during the ill-fated voyage of the Obra-Dinn. And you do it by reliving the story of the Obra-Dinn (Tragic and foolish as it is), one death at a time. From these final moments, and a couple of clues (Such as uniforms, the objects people hold, the language they speak in, and who works where, to take some examples), you have to piece together not only who is who, but who did what to who, and how many, if any, survived.

Okay, you get a big clue in that respect from the beginning, which can trip you up later if you forget it, but still… There’s approximately 50 crew, and at first, it seems a daunting task. Then, as you build up more information, context, and clues, it becomes easier, until late in the game, where it becomes hard again because the clues are more subtle. Fortunately, once you know the fates of three people, they’re locked in, although it’s important to note that it doesn’t change any misidentifications you made elsewhere (That one tripped me up very late in the game.) It’s a subtle kind of interactivity, while it can be a little annoying in the late game until you realise you can use the bodies revealed in a scene, in the scene, to teleport between parts of the chapter. But, overall, it’s a clever one. How did this man die? Well, it’s a little unclear, isn’t it? But… Goodness me, that’s bright. It could be, you know, that giant tentacle, but why is this bit so bright? 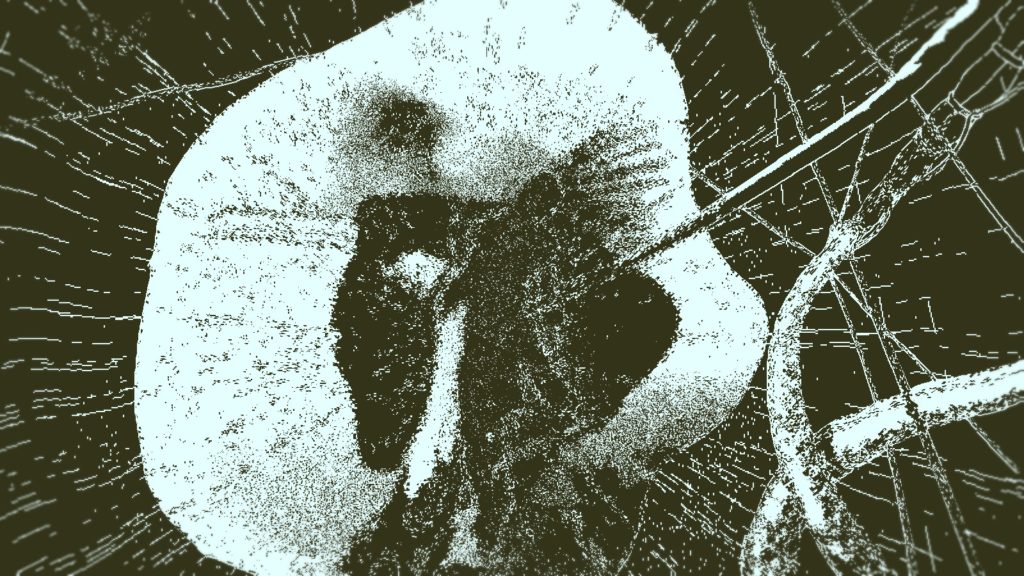 I mean, bad enough he’s so far up, but the actual *cause* of death could be… A couplea things, yeah…

Aesthetically, the game has an amazing 1-bit shader, which is to say, everything is either a colour (defaulting to Apple Macintosh green), or white. It’s a lovely effect, and it works well with the game’s mostly ambient noise. Once you’re in the thick of things, however, nautical or dramatic music can happen, which is nice, but more often, it’s a soundscape, crafted to both give clues, and obscure those clues under as much information as they can get. It’s well done.

As noted, if you’re looking for the “best” ending, where you get the full story, it can get a little irritating, as the clues become more subtle to folks’ identities as time goes on, and, honestly, I’m not really sure why the chapter that’s locked off is the one locked off, as it’s fairly easy to deduce the root cause behind a lot of the misery, even by the mid-game, and anyone familiar with nautical horror and myth would have already predicted it. Still, there’s more than enough interesting mystery to go around, and the Return of the Obra-Dinn is recommended for both aesthetic reasons, and for a well put together mystery. 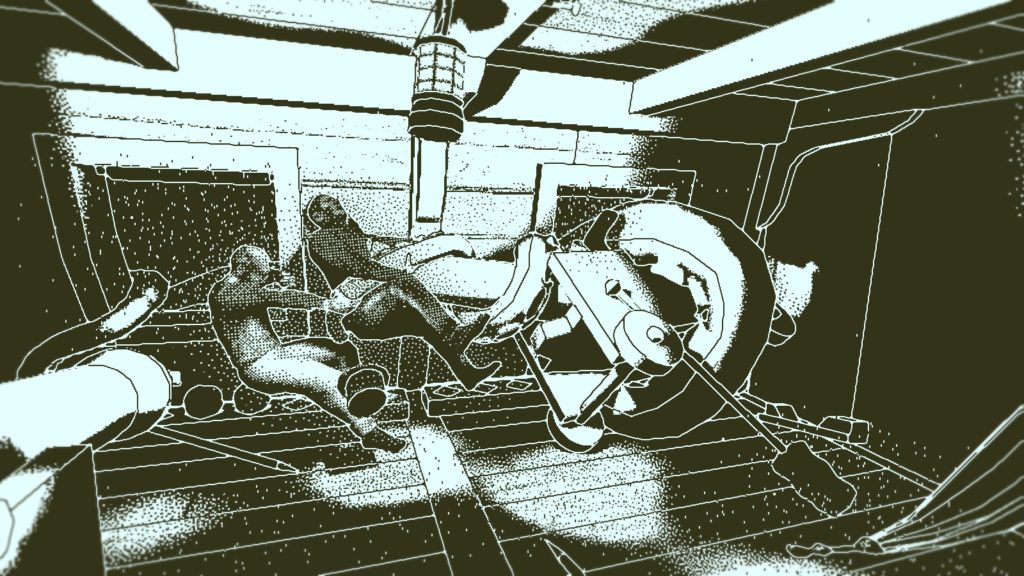 Not pictured: A whole bundle of screaming, shouting, shattering wood, things thumped about, and, hidden, the guy who *actually* died here.

The Mad Welshman appreciates games that use a clever idea for their mystery solving. So that definitely helped.