Price: £2.09
Source: Cashmoneys
Where To Get It: Steam

I’ve been struggling with this one, not because it’s a bad game (It isn’t) , not because I don’t know what to say (Definitely not!), but because it’s Not Safe For Work (pixellated, 8-bit, or not) and as such, I’ve been having to struggle with how to present this without more than a content warning at the top of the review. Thankfully, a solution was found, and so I can deal with this interesting little number safely. 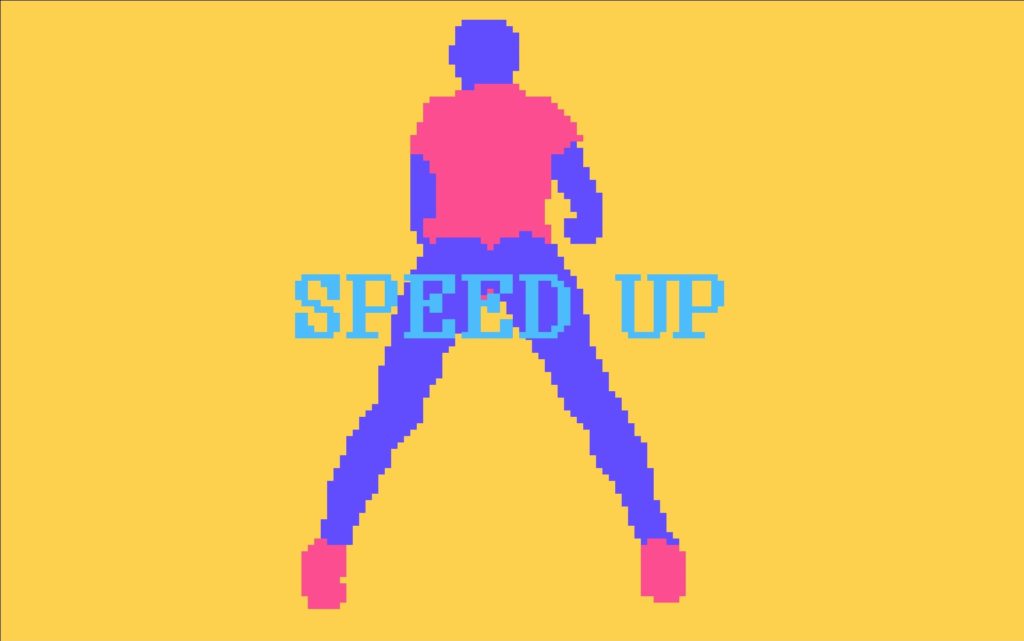 “So, it’s a game with a lot of fucking, what’s the big deal?” Well, short version? Positive presentation, while retaining simplicity. If you’re aware of adult-only games, you’ll very quickly notice that NSFW games fail at either sex-positivity, tight design, or both, and NSFWare… Succeeds at both.

And how does it do it? By being WarioWare, but lewd. A gross oversimplification we’re going to unpack, but that’s your executive summary.

NSFWare is a game of four buttons, the arrow keys, and, in a series of short, sub 5 second minigames, you perform the act succinctly described. SPANK. COME. SWAP. WATCH. PEEK. PLEASURE. STRIP. Some require you to press a key, some to hold a key, some to switch keys, and some (this is the interesting part for me) require you to do… Nothing at all. That last one’s sort of against the spirit of WarioWare (where you are always doing something), but I get where it’s coming from in this case.

Graphically, it’s done with, essentially, a 16 colour palette (akin to the old EGA graphics mode), all bright, all saturated… It’s a little eye-searing at times, and I will say that that’s not for everyone. I will also say that blue and differently valued blue might present some colour-blindness difficulties, although I didn’t experience any myself. It uses relatively lo-fi musical effects, and is relatively short (You can experience a lot of the minigames in just a few short minutes, and get the hang of most of them in under half an hour.) 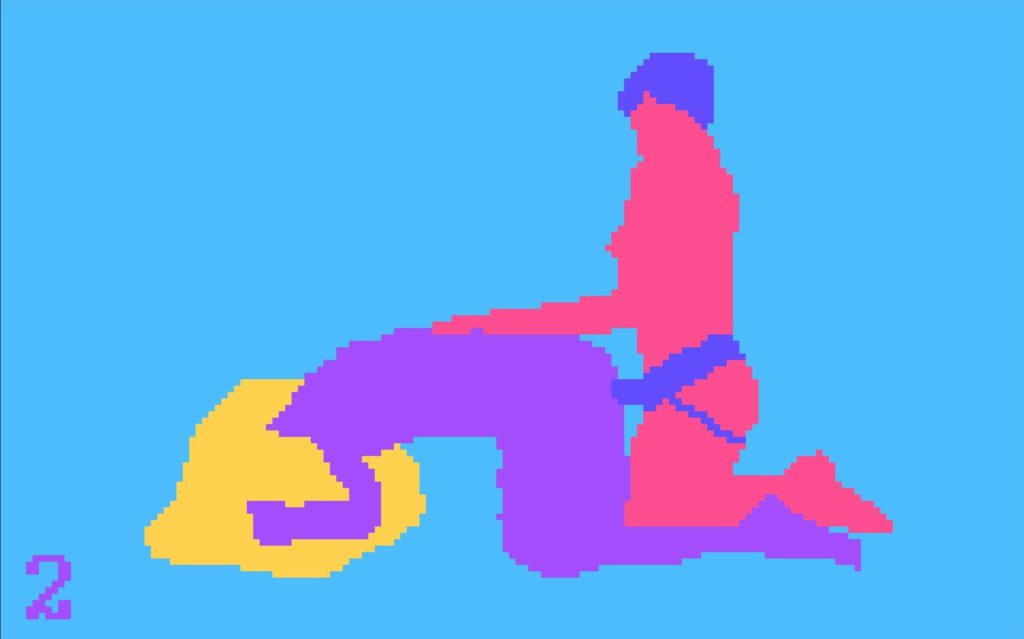 Animations are, interestingly, rotoscoped from pornographic media, and artistically so.

And, as mentioned, sometimes, the thing to do is to be the receiver, to be the inactive partner. When you WATCH, for example, the failure state is to not watch. And, since you’re already watching… Each act is cleverly encapsulated in simple controls, whether that’s to SEXT, or PEG, or even TEASE. Each act is presented as is. Each act is, done well, pleasurable. No awkward decontextualising, no judgements of either partner… Just 24 acts, 24 minigames, presented simply.

Which is a good segue into my two criticisms of the game. Fitting, for a simple, mostly tight game, that my criticisms are also simple, and tight. One is that, yes, there are only 24 minigames. It’s a short game, it’s priced accordingly, so this is more a “So now you know.” Secondly, there is, at the time of the review going up, no windowed mode for the game, no volume control, and no options. This can, again, be somewhat countered with its price and small size, but they would make the game a little more accessible. 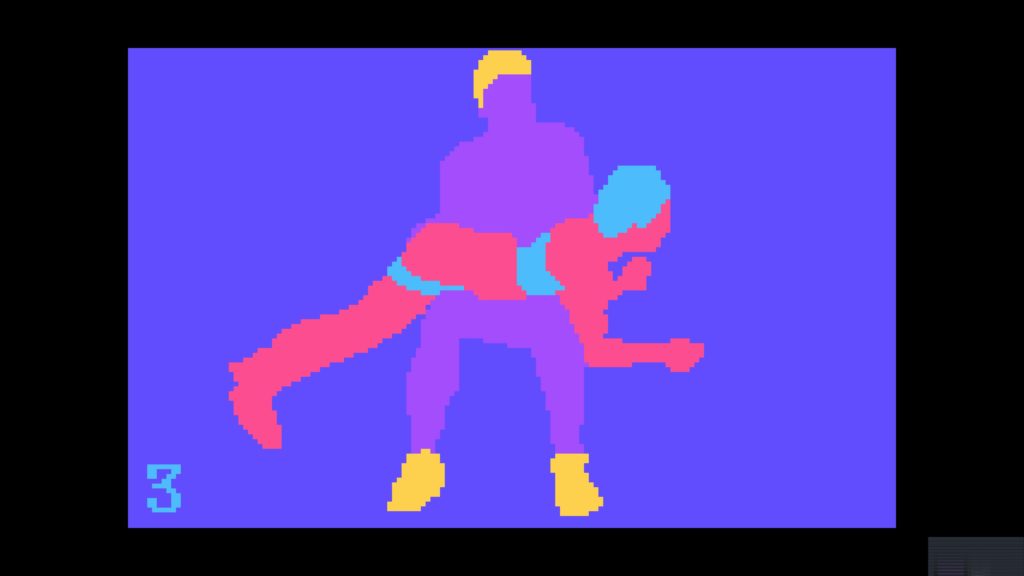 What I haven’t been showing is one minor annoyance, there in the bottom right.

Otherwise, this is one of the few NSFW games, in development or otherwise (I can count them on about a hand and a half) I feel no problem covering in a positive light, precisely because it’s simple, and positive about its acts. It’s not going to educate. It’s not going to be more than a game that enjoys sex. But it’s tightly designed around one thing: If everyone’s enjoying themselves, a good time is had.

The Mad Welshman is happy to announce he finally got an age gate installed. It’s ugly as sin at the time of writing, but we’re working on it.

Filed under: Adult Only Games, Game Reviews by admin