Lethal League Blaze is a game that, in many senses, takes a little bit to get going, but once it does, it lives up well to its name. And, even for a critic who doesn’t do well at fighting games, this one… This one tickles my fancy. And it’s all to do with how it revolves around a ball.

Lethal League Blaze is, essentially, combat ping-pong in a rectangular arena, in which the characters use directional movement, a double jump, and two keys (one for grabbing, one for thwacking), in order to punt, bunt, or smash a ball into their opponents with as much velocity as they can muster, fully aware at all times that a return at any point from the mid-stage could mean a loss… 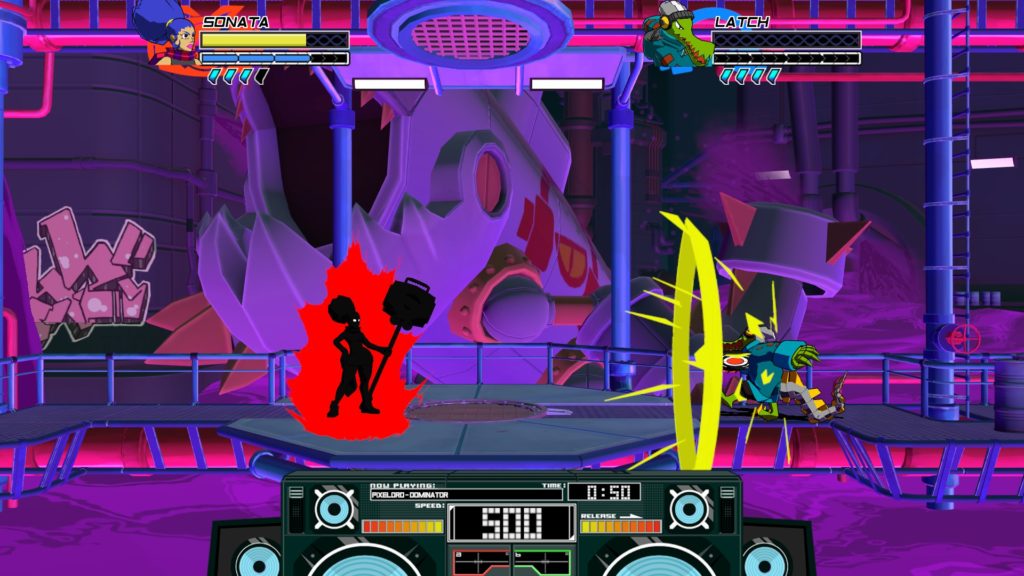 Screenshots, alas, can barely cover what happens when it gets *really* fast. But this is a close example.

…After all, the more the ball gets bounced around, the faster it’s going. And the faster it’s going, well… The more it’s going to hurt when you fail to bat it or catch it, and it hits you in the [insert sensitive part of your anatomy here]. Now add in the possibility of special items, like a remote controlled ball, an invisible ball, and the like, and you have quite the explosive mix.

And yet, it continues to add flavour to this already heady mix. How about some tunes by Frank Klepacki, or Hideki Naganuma, of Jet Set Radio fame? How about a colourful character roster in a world of robots “not programmed to lose”, skaters, over the top Falcon Cops, and, as a final boss character, a murderous boom-box that quotes Sinistar, called, obviously, Doombox?

Multiple game modes, unlockable as you go? An arcade mode? A campaign? All in addition to the main core, which is multiplayer ball smacking action? Yeah, this all works. This brings those funky beats, whether that’s musical beats… Or the beatdown of watching a quick return make your opponent lose their last life. 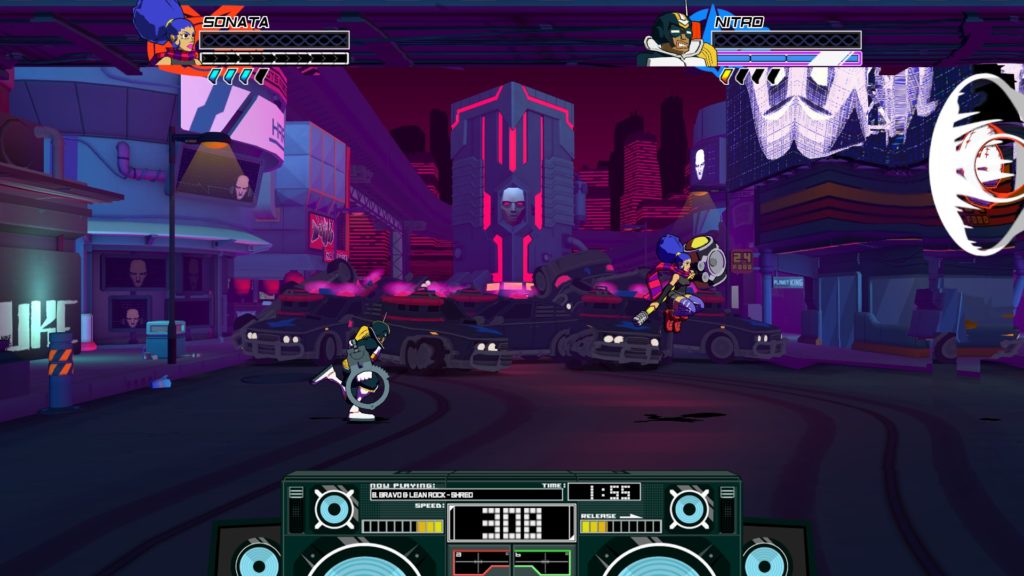 As things heat up, so, too, does the background. Amusingly, the cops will just rush back once the fun’s over.

It’s also moderately accessible, for a fighting game. In its previous installment, one hit, regardless of speed, led to a loss of life, and you only had one. Here, folks in the early game can try things, work out what’s going on, get used to a character’s special, before it speeds up, because low speed hits don’t even deplete a single life-bar. All told, it’s fun stuff… But are there problems?

Sure, there are problems. But forgivable ones. For example, it must be said that the early parts of Campaign and Arcade modes are not great, because the AI isn’t bringing their A game. It’s understandable, but at the same time, watching an AI flail around, and getting a win where they don’t even hit the ball unless they need to isn’t great, and it leads to a false sense of security. A sense of security that, in arcade mode for me, lasted right up until about three fights before the end, and wasn’t shattered until I fought… DOOMBOX. Even if multiplayer is the focus (and it is), it wouldn’t hurt to tune the mid-game challenge up a little bit.

Otherwise, I like Lethal League Blaze. Its simple concept nonetheless allows for some tactics. Bunting the ball, then hitting it will drastically speed it up, and, at high speeds, the game gets chaotic, for example. Or the fact that the grab is a quick counter that, timed well when someone’s just finished charging up the ball, will knock the presumptuous player off their perch unless they, also, have a perfectly timed grab waiting. Its aesthetic is colourful, its unlockables are reasonable… 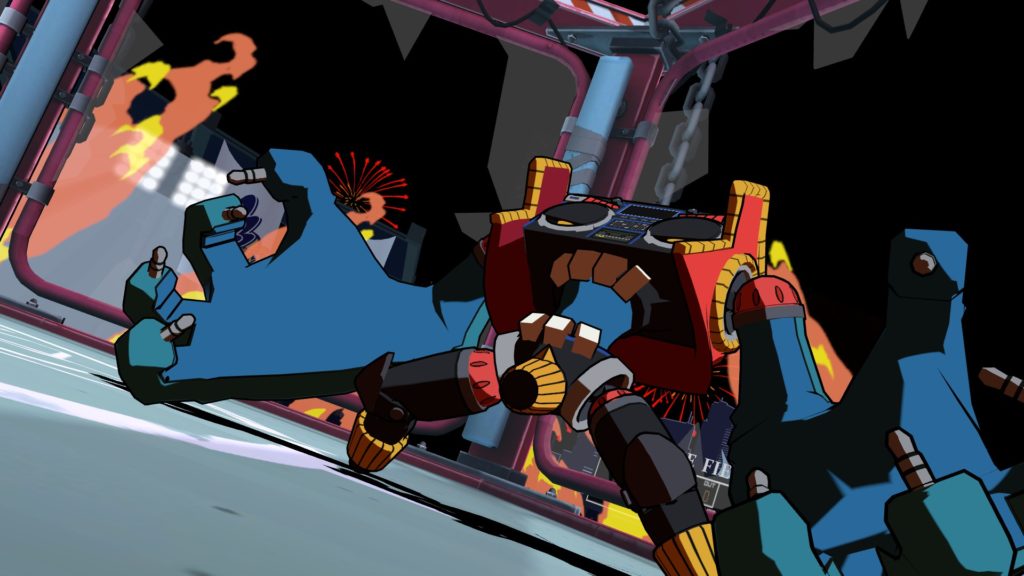 Yeah, I’m down for a Lethal League Blaze.