Yup, it’s a MegaMan game. I knew that from the moment I died for the fifth time on a single screen, and thought fondly about violence against bats… Which, in the real world, I quite like, but in videogames, they are a symbol of the purest rage and hatred. 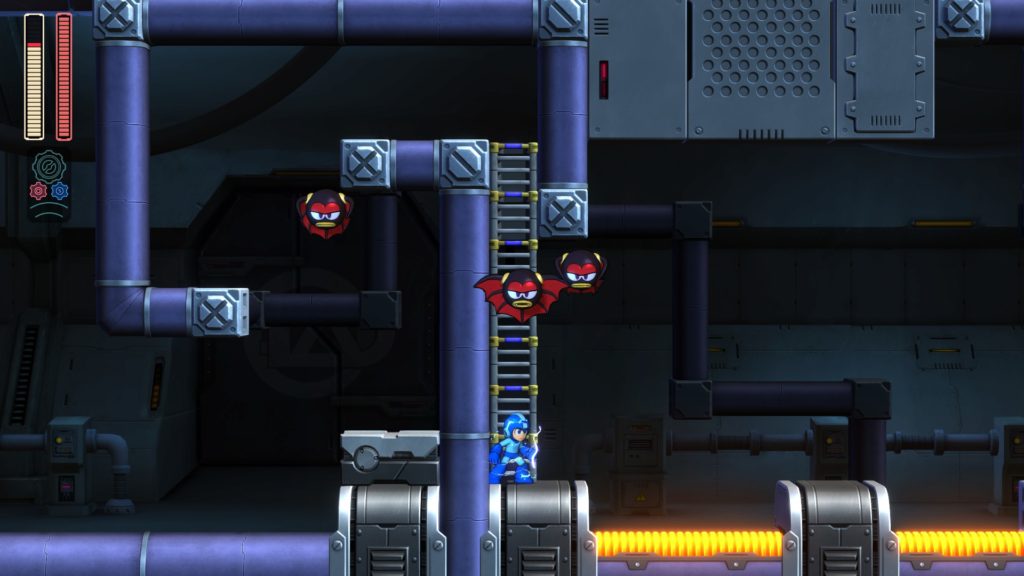 Which is a good segue into how I feel about MegaMan 11, an artfully designed, clever game that makes me want to throw things on even its actual “Normal” difficulty of “Casual.”

MegaMan is, in many ways, an archetypal run’n’gun platformer. You, MegaMan, the greatest creation of benevolent robotics professor Dr. Light, have to take on eight normally good robots who have been corrupted by Doctor Wily, a man who has been attempting to destroy the world since his tech proposals got turned down in college (A facet we now see in the intro to MegaMan 11.) And how do we do this? We visit eight themed stages, plus Wily’s Castle, and go through platforming and shootman challenges, fighting one or two minibosses in each stage, before taking on the bosses, whether that’s armed with their thematic weakness, or just with whatever weapons we have, which can be charged.

It’s a tight formula, with some similarly tight challenges, that, despite its artistry, contains a lot of things I just plain hate. And it seems the developers are aware of this, because there are things you can obtain that ameliorate some of the worst. Such as items that protect you, for a short time, against the horror that is the instant spikes of spikey death. There is also a pair of boots that allow you to not slip everywhere in Tundra Man’s stage. You might be able to hazard a… Sharp guess as to why I mention those two items in rapid succession. Oh, and let’s not forget our oldest “friends” , shielded turret (or Sniper Joe, which is functionally the same) where you want to jump, and FUCKING BATS. 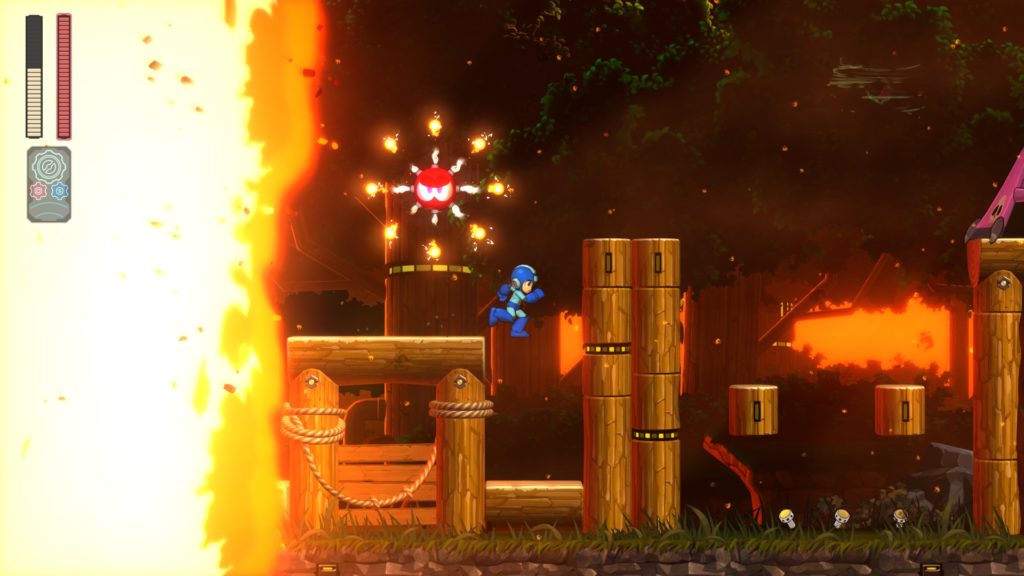 About three seconds before Mega got exploded, and I was tempted to throw things.

The thing is, for what it is, MegaMan is, in fact, very well designed. Its stages teach you their quirks as you go along pretty easily, and they repeat their challenges just enough to keep things interesting, never outstaying their welcome. The bosses and minibosses, with one “Old Friend” exception, are well designed, their patterns pretty clear. That one exception, by the way, is the return of Yellow Devil, a boss that has never sat well with me due to its “Get up and wait” pattern. Graphically, it’s solid, musically, it’s stirring, its narrative works well, and its Dual-Gear system, allowing you to charge up either power or speed, is a clever addition.

And when it isn’t specifically set up to kill you on your first failure, I feel a sort of enjoyment. I actively enjoyed working out what I was doing with the second Bounce Man miniboss fight, or how to dodge Fuse Man’s hyper-speed attacks (It’s possible without the Speed Gear, but it really helps.) But then there are parts like the wall of fiery death in Torchman’s stage, coupled with enemies that are both largely invisible and definitely invincible, that make me want to throw things.

So, in short, MegaMan 11 is a well designed mixed bag. It tightens up its formula, makes a few new additions, but it will probably never remove that feeling of hate when something slaps you into a bottomless pit. It definitely isn’t a bad game, but… Not for me, sadly. 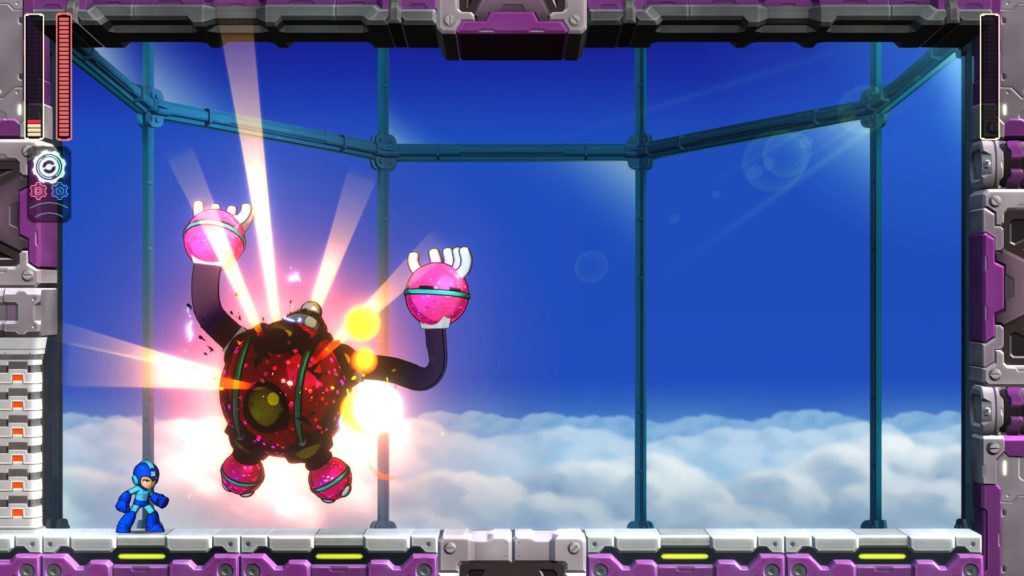 I would also like to note that I feel horrible about defeating BounceMan. It’s like kicking a puppy…

The Mad Welshman is very much a “Save The MegaMan” type person. Is that a GDQ donation category?