Niche, a turn-based strategy/simulation game about keeping a clan of animals alive, is, on the one hand, an interesting one, with subtle details and features that make you think. On the other , it’s also a game which could do a better job explaining how to play it. 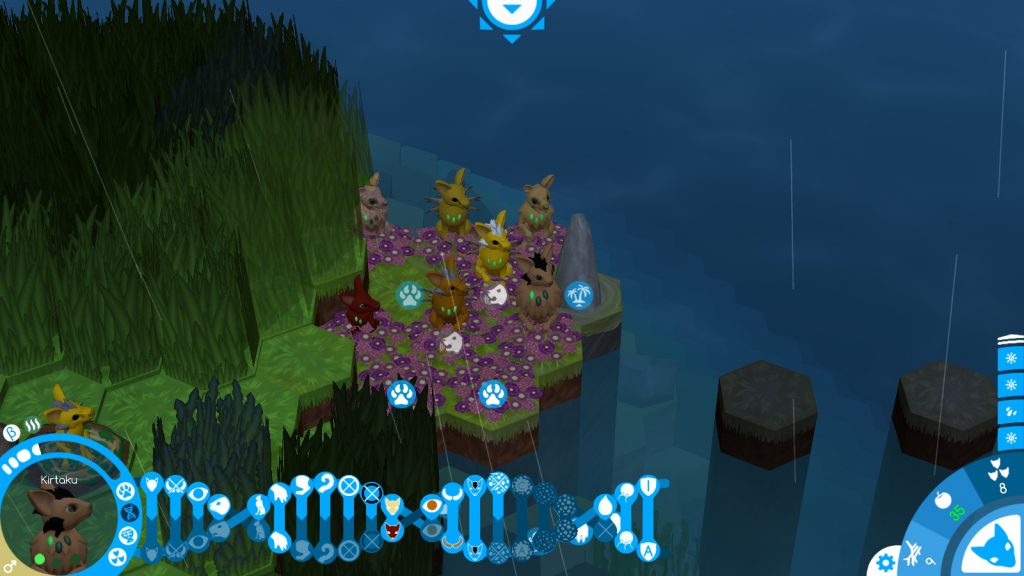 Ready to move onto the next island in story mode. Firstly, I don’t *have* to, that’s part of the fun, and secondly, those flowers are the teleport field. In case that wasn’t clear.

Briefly covering gameplay, depending on whether you play story or sandbox mode, you are either a single animal that travels islands looking for… Well, family, at first, or a mated pair of critters on an island type (and difficulty) of your choosing, simply looking to live your lives as best you can. Each critter only has a limited amount of energy (actions) with which to do things like cut grass for nest materials, mate, gather food (Be that by gathering fruit, killing animals, digging up tubers, or the like), and, at the end of each day, food is eaten, going down the pack order. Anything that can’t eat dies. Anything that gets sick and doesn’t get better dies. Anything that tries to tackle something it can’t handle dies, and anything well out of its element (Say, deep water) will probably die. Finally, compatible animals can be invited into the tribe with food, and you can have a chance of flipping the genes on animals that mate, changing your children into… Well, different children.

So far, so sandbox, and, once you get into it, it can be quite interesting. It’s visually consistent, with a clear, friendly looking style, and similarly, there is clear visual representation of the different traits. Unfortunately, the game does not tutorialise all that well, so you’re going to be doing a lot of exploring and fiddling (and probably failing) before you’re going to get anywhere. Some quick tips include that the bottom left buttons are act (paw), check DNA (the DNA twist), Select Mutations (the wider DNA twist), and family tree (the trio of animals.) 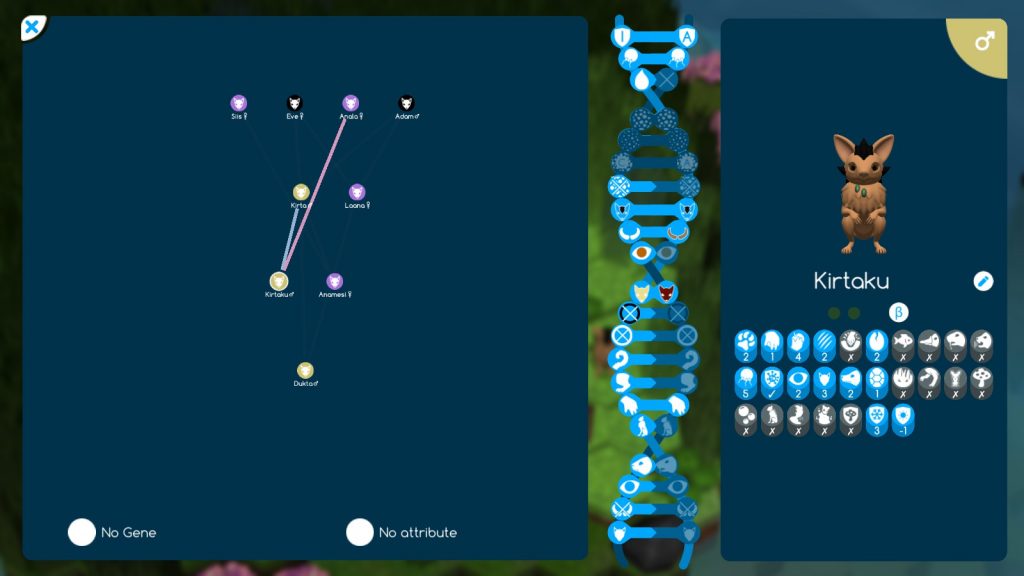 Niche is definitely a game packed with information to parse.

Is it worth it when you get into it, though? Myself, I somewhat like it, as it’s something I haven’t really seen much of since Reus… A chill game which, yes, does have consequences if you screw up, isn’t the friendliest game out there (Ahh, Reus. I still have a love/hate relationship with those 36 remaining achievements, all bastard hard to unlock), but is also, in its way, low pressure. Nature, after all, finds a way to survive, and I don’t mind going back to see if, maybe, just maybe, this time, I can make it work, and nobody has to worry about digital watches anymore. Bigger snout? Yes, I’ll be able to sniff out those lovely roots and berries better. Bigger claws? Ahhh, yes, that’ll do nicely, I can dig, and if any of those mean Bearyenas pop up to try and eat any of us, then we’ll be able to take them on in future. But wait, why is my clawed little child sick? Ah. Two of the same immunity gene, making them more susceptible to a certain illness! Damn youuuu, nature!

A few days later, half my tribe is sick, but the rest has survived, thankfully. Albeit clawless. Boo.

In summary, it’s a game that very much depends on replayability and experimentation for fun. Which, personally, I don’t mind coming back to now and again. If it could tutorialise a little better, then it would be a pretty good, relaxing, sandbox game. As it is, it’s an at least alright, not quite that friendly sandbox game. 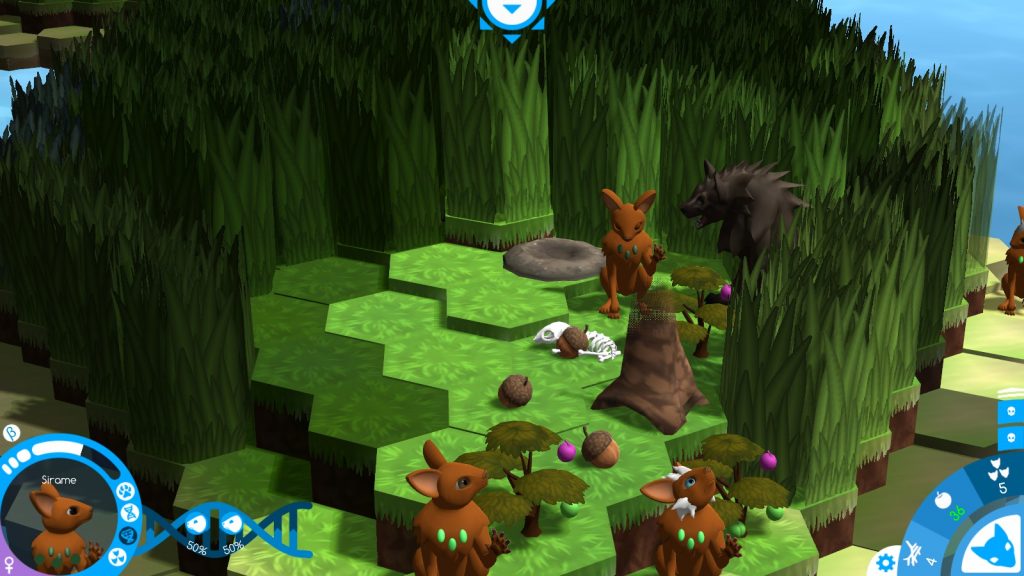 BEARYENNAA, BEARYEENNNA, OOH, IT- doesn’t quite have the same ring as Snake, but yes, they’re quite deadly.

The Mad Welshman appreciates that, one day, his creations will rise up and supplant him, taking their rightful place as the inheritors of Earth. In the meantime, the Bearyenas work.