Source: Early Access Purchase
Price: £29.99
Where To Get It: Steam
Other Reviews: Mordheim

There’s just something about sending your friends into a magically radioactive, monster infested city that tickles me. Now, before you go calling me a monster, consider that this is a game called Mordheim, about sending fantasy gangs into a desolate, doomed city to get glowy green rocks that everyone wants, but nobody should really have. Because, while they power magic and machinery alike, they are artefacts of Ancient Evil, and have a nasty tendency of mutating or corrupting pretty much everything they touch. 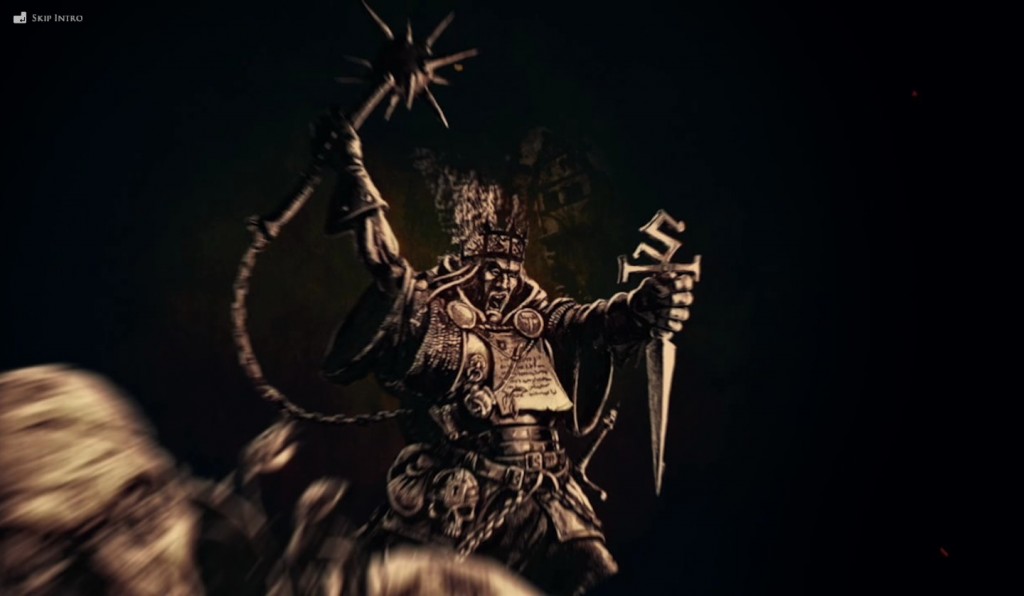 Today’s Anti-Heretical PSA brought to you by the letter S, for Sigmar our Saviour!

Also consider that, most of the time, my buddies are doing well, because I’ve been playing this since early in its Early Access run. The fact that I’ve been playing it almost the entire way through its EA run and still not gotten bored should really be a testament in and of itself, but just in case, here’s the rest of the review.

Mordheim, by Rogue Factor Games, is based on GW’s Warhammer universe, and is a turn based strategy game that isn’t strictly turn based. You see, everything you do on your turn, you do with third person shooter style controls (WASD to move, left click to do a thing, Q and E to switch what you’re doing.) It’s a nice touch, and goes a long way toward making something that’s somewhat dull to many (I move X piece to Y location, and roll some dice) actually somewhat exciting. TBS fans, understand that, while I know the joys of TBS play, this is nonetheless true, and Rogue Factor are doing something interesting which may attract folks not normally attracted to turn based play. 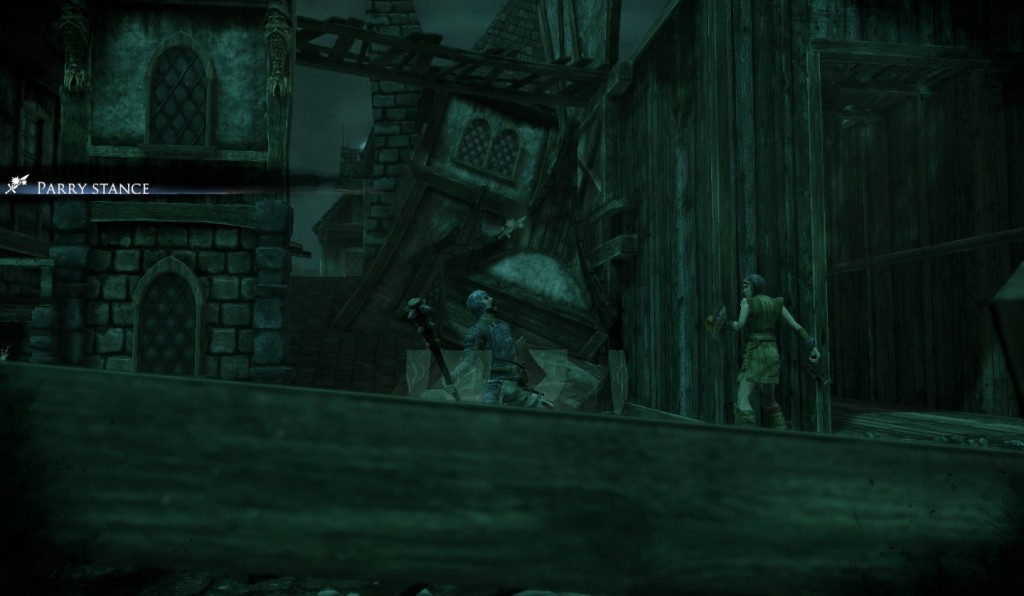 Everyone’s very fond of posturing and screaming in the Warhammer universe. Everyone.

Make no mistake, it’s a meaty game with layers of strategy that only get deeper the further in you get. It starts relatively simple: A Leader, a Hero, three Henchmen of two types, picked from one of four groups fighting over Mordheim’s shattered and Wyrdstone warped ruins. The Sisters of Sigmar hit things very hard, but are somewhat slow. The Cults of Chaos have dark magic on their side, not to mention mutants. The Skaven of Clan Eshin move quickly, and have poisonous weaponry (With a side dose of rat-ogre later), but are squishy and crack at the first sign of danger. Finally, the Reikland Mercenaries have guns and the usual human “I can do lots, all of it only at an okay level! Wheeee!” mentality. As befits a Warhammer game, none of these people are nice people. As you get more powerful, more types of units and skills become available, as do more dangers within the city, such as traps and Demons that wander the streets… Looking for what they consider their rightful prey.

How does it feel to play? Bloody tense, actually. From around day two, you’re by no means guaranteed a mission where you will stomp face, and very often, you’ll get the short end of the stick deployment wise (Spread out too far, or your leader and hero are in a group, leaving some of your henchmen alone without support.) It’s also not very newbie friendly tactically, as, while it eases you in, it doesn’t tutorialise much, leaving you to work out what things do from the tooltips. The fact that a single mission can take up to an hour or more means that this is definitely a time investment. 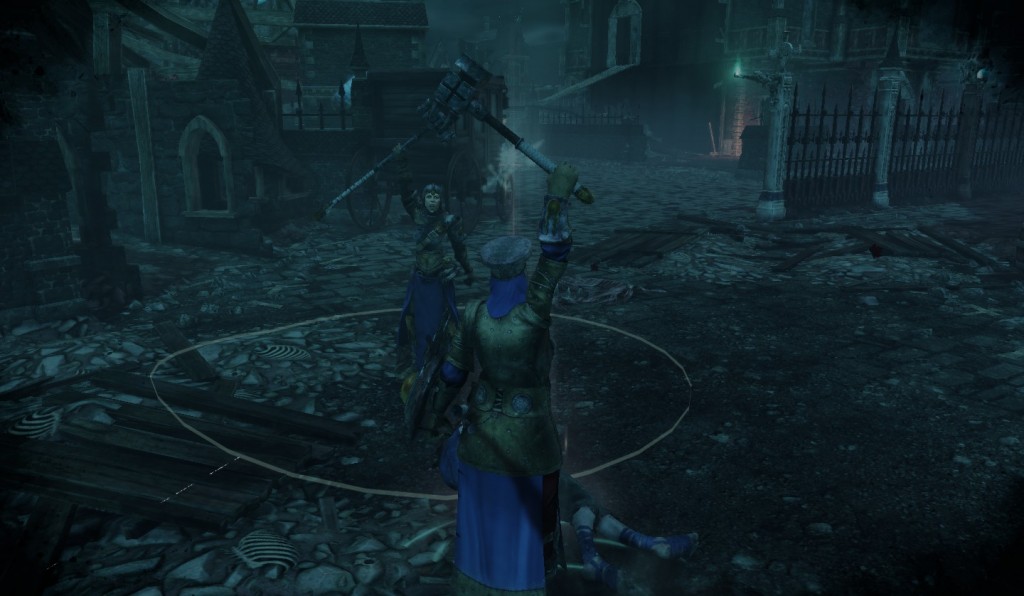 The Sisters of Sigmar: Hardcore Battle Nuns. What’s not to like?

Let’s take an example from the Sisters of Sigmar playthrough I’ve been doing. The Sisters had gotten separated in the middle of Skaven territory. Considering how the Skaven like to do things (Ambush swarms taking out individual stragglers), this was incredibly bad news, and Maria ApfelUndOrangen, lay sister, proved this point in the first round, as three rats (including their leader) leapt at her from surrounding buildings. She managed to hold them off for all of a couple of seconds, injuring one, before she was swarmed. D.V. S. Von Vacuum, Matriarch of this particular battle group, managed to regroup with one of her lay sisters by virtue of said lay sister hearing the sounds of battle after another Skaven ambush (Luckily, only an ambush of one) across the district from where Maria had fallen. In yet another portion of the city, Ethel Von Munster also managed to group up with the last lay sister, casually dispatching a skaven with a halberd along the way, taking no injuries. So far, at least, the battle had mostly gone the Sisters’ way. It was not to last.

While Von Vacuum and her cohort battled the surprisingly tenacious rat (Who had managed to dodge nearly all blows to this point), Ethel Von Munster and company went rat-hunting. And they found them. In spades. The previous ambush group simply charged in, and Ethel Von Munster went to work with her Greathammer, blessed by the Matriarch in the name of Sigmar Heldenhammer, Hero and God of the Empire. She managed to take down the rats’ leader, an assassin of Clan Eshin, before she was crushed under a tide of furry, bitey bundles of hate. Her companion took a similar accounting of herself, falling only to the final ratman’s mace. 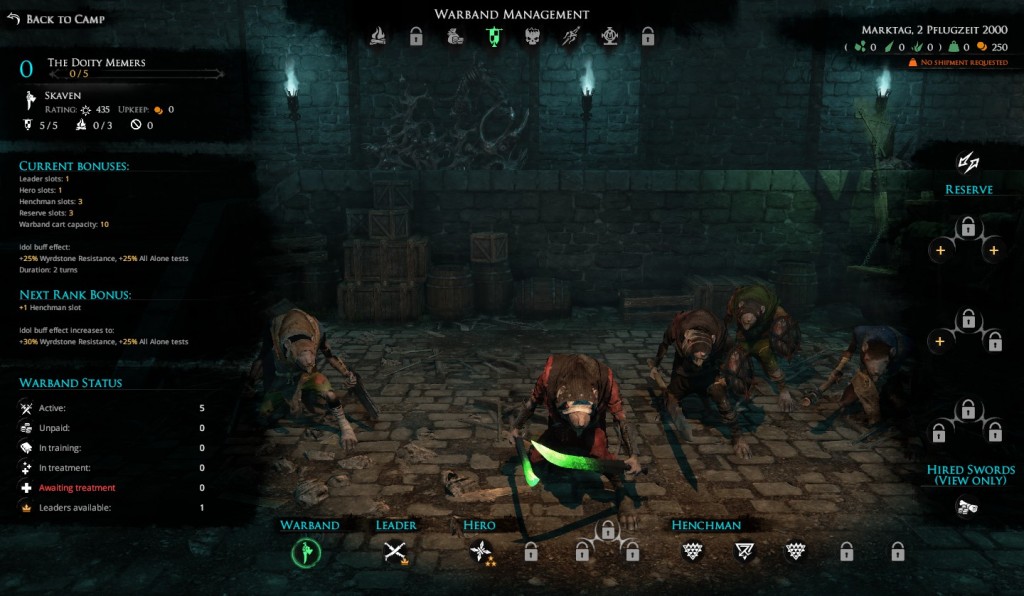 A starting band of Skaven. So… I heard you like rats?

Things seemed bad, with the majority of the Sisters’ small battle group out for the count, possibly dead. But for some reason, enemy morale broke, not with the death of their leader, but after the murder of a minor clan-rat, and the sisters (With the exception of Ethel Von Munster) lived to fight another day. They were battered, and bruised (The lay sister who’d accompanied Ethel Von Munster had a crushed arm, and the Sisters were forced to amputate), but ultimately, triumphant.

Now, this particular group of the Sisters of Sigmar are strong, and the younger sister of Ethel Von Munster (Coincidentally, also called Ethel) has crushed many a rat head since. They have yet to lose another Sister, and they intend it to stay that way.

Obviously, the story did not go exactly that way, but that’s half the fun of a game like Mordheim: The stories it generates. Be aware that customisation is limited to costume colour and a few options for your characters, be aware that it’s not the most newbie friendly game out there, and you will very likely have some fun with this pretty well crafted and atmospheric game of urban strategy.

The Mad Welshman grimaced as he placed a chunk of Wyrdstone in his pack. His moustache had been… Talking to him, and whispering horrible things. Then again, it was also telling him Wyrdstone was bad for him, and… How could something that got him so much money be bad? Best assume the Stasche lies, he thought.